Gators are SEC Champions ninth year in a row

Florida won the SEC Championships and racked up 1,401 points

The Gators led the scoreboard once again at the SEC Championships.

The Gators were neck-and-neck with Georgia for a portion of the meet and only won by 76.5 points. The Bulldogs led after the 100-yard freestyle at 1,115 points — just 12 points ahead.

The rest of the competition trailed behind the two powerhouses with less than 900 points.

Junior Kieran Smith sank the competition in virtually every event and pulled four gold medals, two silver and one bronze.

Freshman Adam Chaney came in first in the 50-yard freestyle at 18.77.

Chaney, Hillis, Eric Friese and Will Davis broke the nationwide record in the 200-yard medley relay at 1:23.17.  Smith, Trey Freeman, Clark Beach and Miguel Cancel swam for a silver medal in the 800-yard relay at 6:12.24.

After lagging behind, Florida revived itself on days two and three and racked up a combined 754.5. Chaney, W. Davis, Smith and Friese led the 200-yard freestyle relay at 1:15.21 on day two in addition to Chaney’s 50-yard freestyle gold. They set a new SEC and program record.

Junior Bobby Finke’s performance in the 1650-yard freestyle opened up day four. He won gold with a time of 14:12.18, a staggering 12 seconds ahead of Georgia. Finke came up short in beating the SEC and NCAA record of 14:12.08 that he set last year.

While Florida dominated swimming, it fell behind in diving. Sophomore Anton Svirskyi ranked seventh in the men’s platform with a score of 337.95. Freshman Leonardo Garcia followed in eighth at 334.00. The point deficit didn’t carve a hole in Florida’s final score of 1401, however.

The win makes UF the No. 1 school with 248 SEC Championship titles. 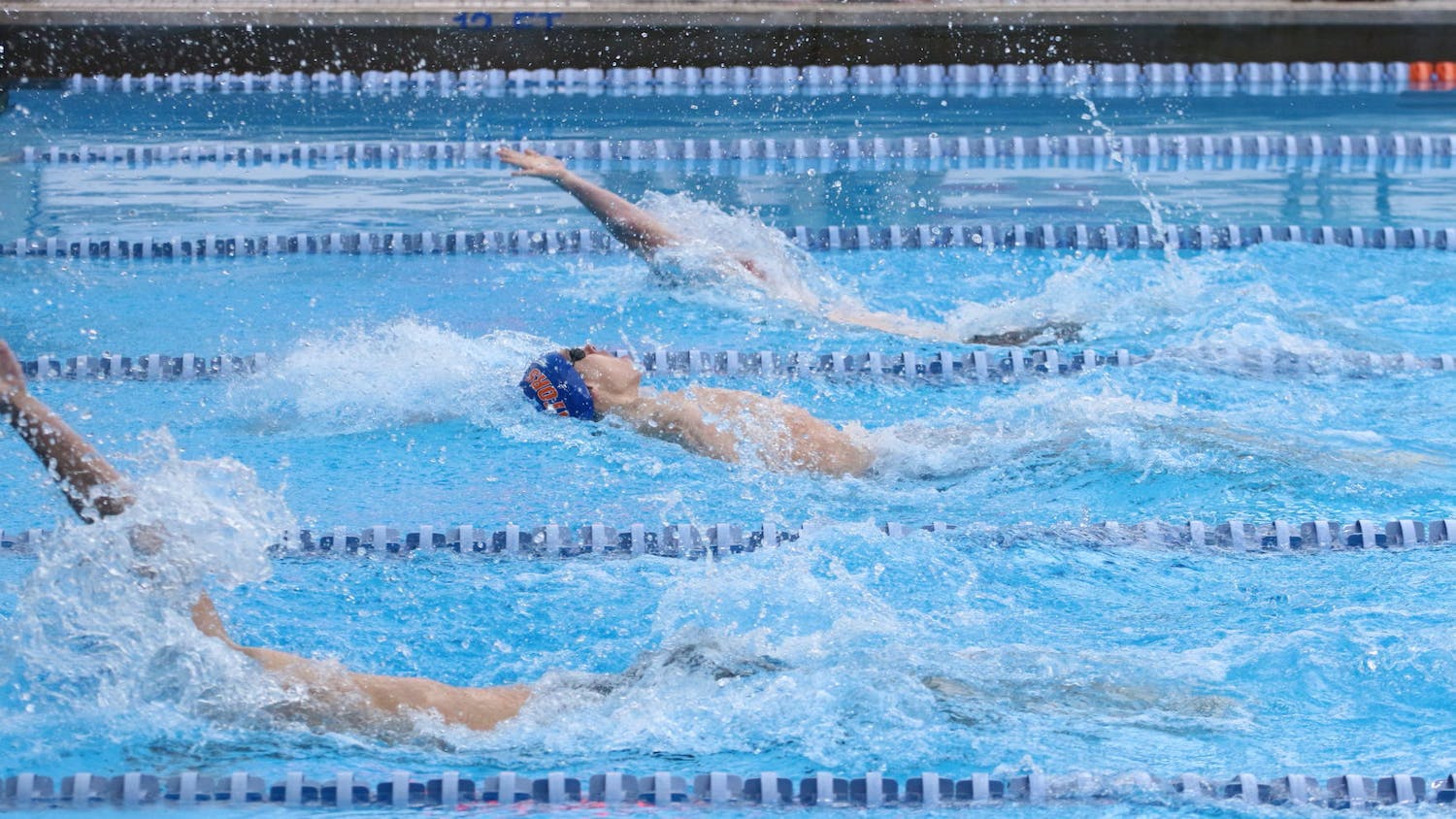