Skip to Content, Navigation, or Footer.
Donate Now
We inform. You decide.
Tuesday, January 25, 2022
Developing:
The latest news on UF’s barring of professors from testifying against the state
SPORTS  |  GYMNASTICS

The Gators became a factory for top gymnasts

Here are the four best gymnasts to suit up in orange-and-blue leotards.

Sloan claims the top spot because she’s one of only six Florida gymnasts to compete in the Olympics. She helped Team USA bring home a silver medal in the 2008 Beijing Olympic Games and made the U.S. Senior National Team six times.

She earned 31 All-American honors and took home the Honda Award, which is given to the best collegiate female athletes, in 2013 and 2016. In 2020, she was enshrined into the USA Gymnastics Hall of Fame.

McMurtry showed up to Gainesville in time for the Gators’ last National Championship but is still considered a legendary Florida gymnast.

For starters, she boasts the most perfect scores recorded by any Florida gymnast (9), with at least one on every event. She claimed 22 All-American honors.

McMurtry won NCAA Titles in the all-around and bars  in 2017 and vault in 2018. She tied the best all-around score in a single meet to cement her name further into Florida's record book until it shattered this season. She secured the 2017 Honda Award and became the first Florida gymnast to achieve two 10s in a single meet against the Sooners Jan. 26, 2018.

3. Trinity Thomas
Enjoy what you're reading? Get content from The Alligator delivered to your inbox
Subscribe Now

Over her last two seasons, the York, Pennsylvania, native catapulted up the list of Florida's best gymnasts. She should ascend further considering she still has a season with Florida.

The only reason Thomas hasn't surpassed McMurtry or Sloan is because she hasn't led the Gators to a title. But some of the blame lies on the COVID-19 pandemic. Florida bowed out in the 2019 NCAA Regionals, but then, the pandemic stole the 2020 postseason.

She hopes to check a team championship off her bucket list in 2021. Florida ties for first overall with Oklahoma and holds the top spot solely on beam and floor, according to Road to Nationals. It sits second on bars and fourth on vault.

Thomas accumulated 10 All-American selections so far. She’s part of the U.S. Senior National Team and hopes to compete in the Olympic Games when they’re rescheduled.

She’s the second Florida gymnast to record two perfect scores in one meet, which she did at home versus Auburn. The junior also clinched the 2020 SEC Gymnast of the Year award. Thomas sits seventh in school history for most event titles (73) and could surpass McMurtry in postseason play.

After failing to score a 10 her freshman year, she notched four her sophomore year and three during her junior campaign. This season, she eclipsed McMurtry’s old record for the highest all-around score in a meet against LSU. She posted a 39.9, good enough for fifth all-time in NCAA History.

Following the Tigers meet, current head coach Jenny Rowland said she has never coached a gymnast as special as Thomas. Rowland took over the reigns of Florida's program in 2016 and coached McMurtry from her sophomore to senior season.

Hunter slots in last on my list, but she was pivotal in Florida's back-to-back-to-back National Championships.

Hunter claimed the Honda Award and all-around, floor and vault titles in 2012 and 2015. She also recorded six 10s, four times on floor and twice on vault.

With a year left, Thomas still has time to seal her place as Florida’s best gymnast ever. 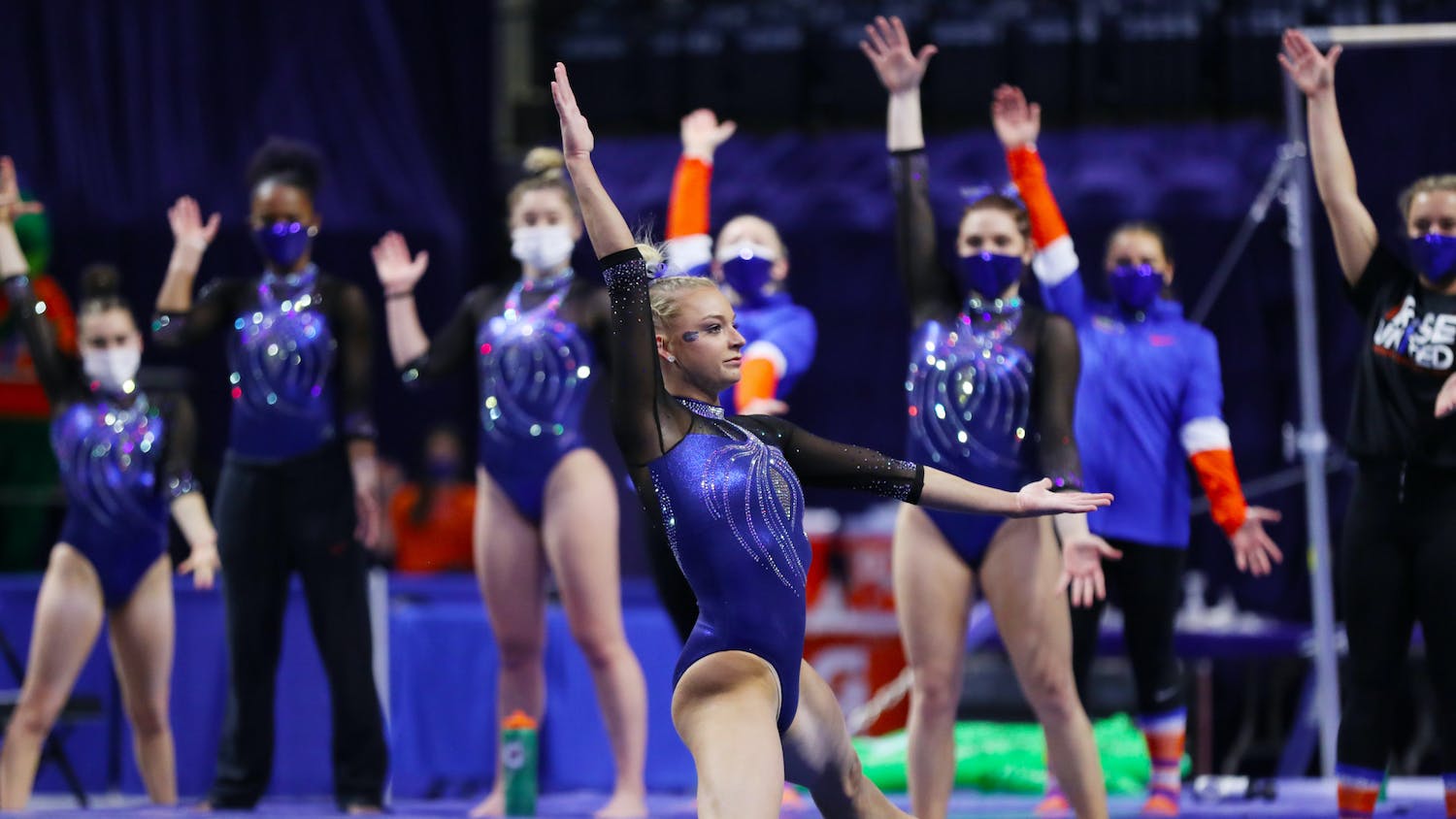