UF students reflect on Spring and the future of Fall

The prospect of moving away to college is frightening for many reasons, but one is shared among most college students: learning to cook.

However, Devin Mix’s roommates never had that fear.

The 20-year-old UF computer science sophomore said he typically cooks dinner for himself and his three roommates about five times a week.

Mix’s newfound knack for cooking was born after he moved off-campus for his sophomore year. While he was originally slated to live in an on-campus dorm again, the arrival of the COVID-19 pandemic changed his mind because of the increased exposure risk of living in the dorms, he said.

In his Italian wedding soup recipe, Mix combines a collection of spices into an Instant Pot with vegetable broth accompanied by plant-based meatballs. His go-to dinner is a jalapeno macaroni and cheese dish, which he said requires at least 20 oz. of cheese.

As UF’s Spring semester comes to a close, students reflect on how the pandemic allowed for the opportunity to gain new abilities and navigate through HyFlex classes. They also look ahead to Fall — with some feeling apprehensive about UF’s decision to return to full, normal operations and others eager to step foot back on campus.

Jean-Pierre Pierantoni said he is excited about his in-person Fall schedule because he misses spontaneous group trips to the Marston Science Library basement after class to chat and study.

“I’m going to need that environment in order to deal with the junior year that I’m about to have,” the 20-year-old UF biomedical engineering sophomore said.

The rigor of the courses will elevate as Pierantoni enters into the Fall because he has to take 15 credits and the material will be more in-depth.

Though Pierantoni said he only ventured to campus three or four times this entire school year, he, like Mix, also developed cooking skills as a result of the pandemic. He said he no longer has the luxury of stopping by a fast food joint on his way to or from class, and his diet now consists of homemade, whole foods.

“In freshman year, I was barely able to cook an egg,” he said.

Pierantoni plans to maintain the healthy habits he cultivated this past year.

But not every UF student feels the same fervor for a semester of in-person classes and relaxed physical distancing measures.

The transition to a fully online semester saved Madelyn White’s GPA and reignited the love for school that she had before coming to college.

“I really enjoy online classes, which seems to be a very unpopular opinion,” the 20-year-old UF finance sophomore said. “If I’m not feeling like doing math, I’m not going to do math from 10 a.m. to 11, I’ll do it later.”

White said she worries her academic progress, such as being on the Dean’s list for the first time, will be lost as she heads back to campus this fall for live, in-person sections. In-person classes require a more rigid schedule, and White prefers learning at her own pace.

Though she is happy about being vaccinated, she is concerned about UF’s plan to have full classroom capacity and wonders what mask-wearing rules will be implemented.

“What’s going to happen if the people next to me decide they just don’t want to wear it, and it’s like around their chin?” She said.

Despite the uncertainty about the university’s decisions regarding classroom policies in the Fall, some students, like Mix, are aching for the simple joys of life that have been stripped away for so long, like bumping into an old friend on campus. The monotony of being stuck in his apartment invokes a sense of cabin fever, Mix said.

“I think campus is beautiful, it’s really good for my health,” he said. “I love being there, and I’m looking forward to having that aspect back.” 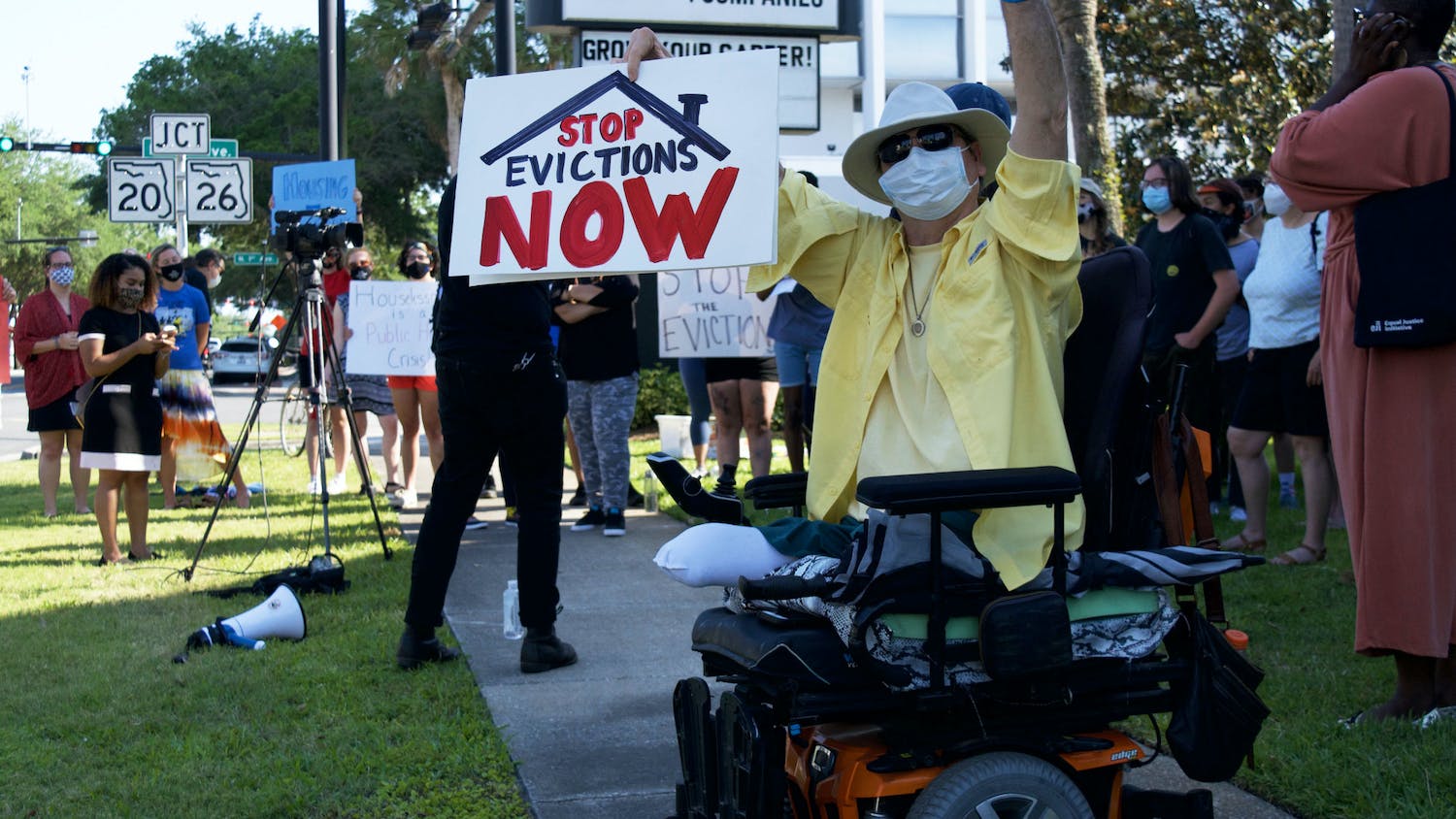