Swamp City Gallery Lounge is all about the green, but this June, they’re embracing the rainbow.

The local glass art gallery and cannabis lounge is celebrating Pride Month with its #plantapridetree raffle campaign. With the campaign, the lounge hopes to further its mission of creating a safe, inclusive space by showing support for the LGBTQ community.

Despite the campaign’s #plantapridetree tagline, greenery isn’t involved. Instead, patrons stop by the Swamp City Gallery Lounge, located at 716 N Main Street, to pick up a custom sticker — a rainbow rework of the lounge’s tree logo. Participants post a picture of the sticker on social media and tag the lounge, which automatically enters them into a raffle for $300 worth of prizes.

True to Swamp City’s central fields, the prizes up for grabs include glass crafts and cannabis items like custom pipes and glass pendants, along with an album from Orlando-based hip-hop artist NIKO IS.

Michael Austin, a Gainesville-based glassblower, contributed several of his custom pipes to the prize package. A frequent patron of Swamp City, he said what started as a business venture to sell his glassware developed into a much deeper bond with the staff.

The lounge has been trying to bring the community together since its inception three years ago, general manager of Swamp City Tony Phillips said. Regardless of color, creed, sexual orientation or other factors, Phillips said Swamp City is a place where an appreciation for art and cannabis use are the only terms of entry.

“There is no room for ‘isms’ of any kind when you walk through our gates,” he said.

The pride tree campaign has been the hallmark of Swamp City’s pride celebration since 2019, a year after the lounge opened. Tyler King, the lounge’s founder and owner, said Swamp City was seeking a way to express its inclusivity. The pride tree idea struck.

“The LGBTQ community has always been a huge supporter of Swamp City, so we just wanted to show support back,” he said.

Swamp City regularly adds a pop of color to its otherwise-white logo — orange for Halloween, green for St. Patrick’s Day and other festive iterations. The pride logo, King said, was a continuation of that tradition, lasting the entire month of June.

But King said there is a difference between this campaign and other holiday commemorations. Where others are lighthearted celebrations of passing seasons, the pride logo represents Swamp City’s gratitude toward its LGBTQ patrons

With a subject so closely connected to the lounge’s morals, King said it was important for this campaign to include a little extra effort.

“We really wanted to go above and beyond with Pride Month,” he said.

The pride tree campaign spotlights a long-spanning link between cannabis and the LGBT community. From treatment of HIV and AIDS to relief in symptoms of depression, anxiety, PTSD, and other mental illnesses, cannabis has shown to be an effective tool in combating issues that disproportionately affect members of the LGBTQ community, according to statistics from the Journal of Pain and Symptom Management and the American Psychiatric Association.

Phillips said he sees this link with the lounge’s LGBTQ patrons, but the relationship doesn’t end there.  He said his personal connection to the LGBTQ community is what made this campaign so pertinent to execute.

This year’s pride tree campaign is an expansion from years past, King said. In the first two years of sticker circulation, customers could order online. But this year, the stickers are only available at the shop to encourage more direct engagement from the community. Additionally, Swamp City doubled its usual amount of 100 printed stickers to give more patrons the opportunity to participate.

Patrons of the lounge meet at the intersection of art and cannabis use, but they encompass a wide range of demographics.

The pride tree campaign is just one example of a variety of events and programs hosted by the lounge. Live music of all genres can be heard there on most nights, and a number of other businesses and organizations congregate at Swamp City for different fundraisers and community-oriented affairs.

Phillips said the diversity of events is meant to create an inclusive, inviting space for all customers while still centering on the lounge’s key elements.

The pride tree campaign, Phillips said, is another opportunity to celebrate Swamp City’s unyielding community status — open to all.

“We are one big happy family here, and we want these people to know that.” 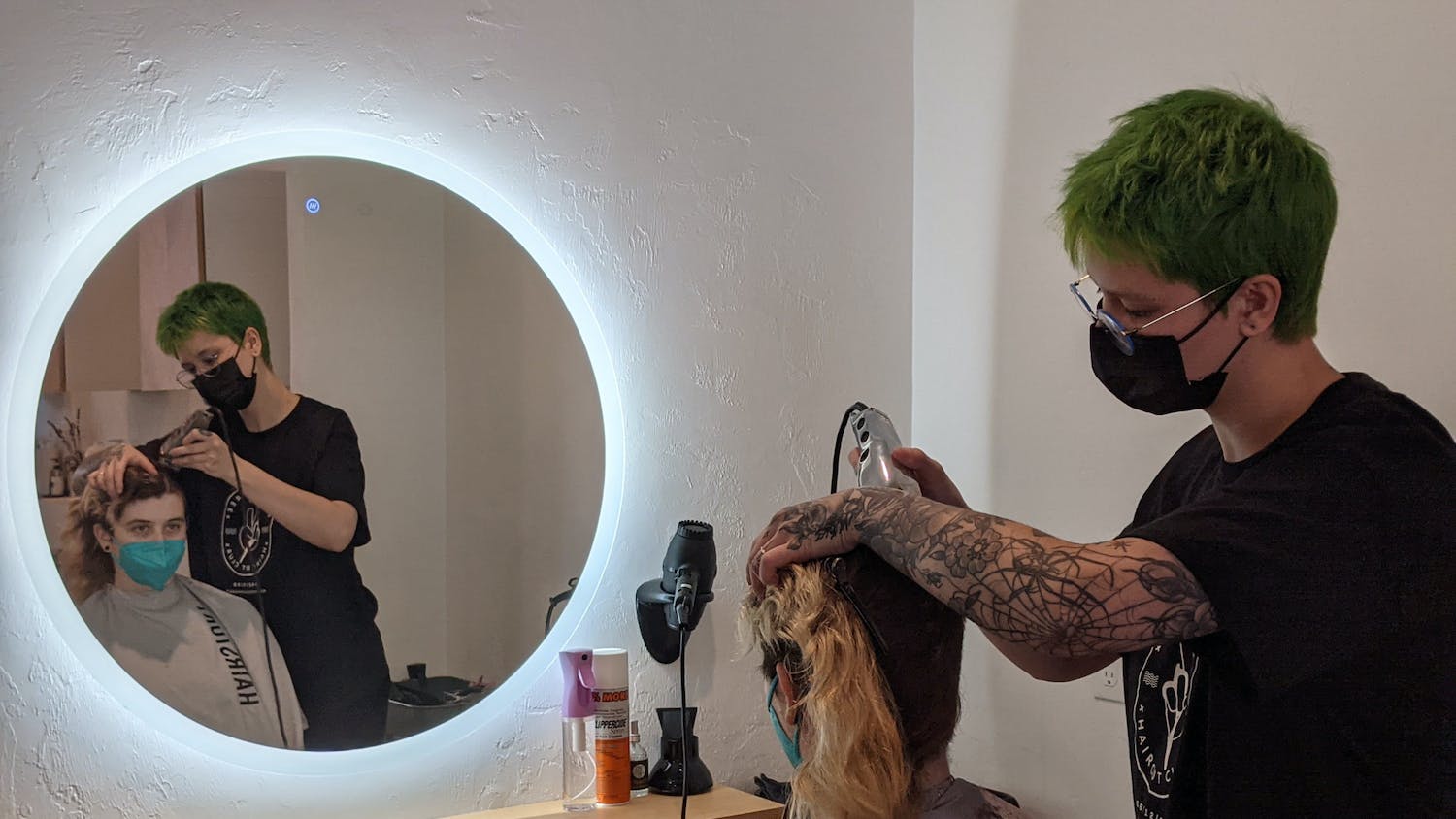 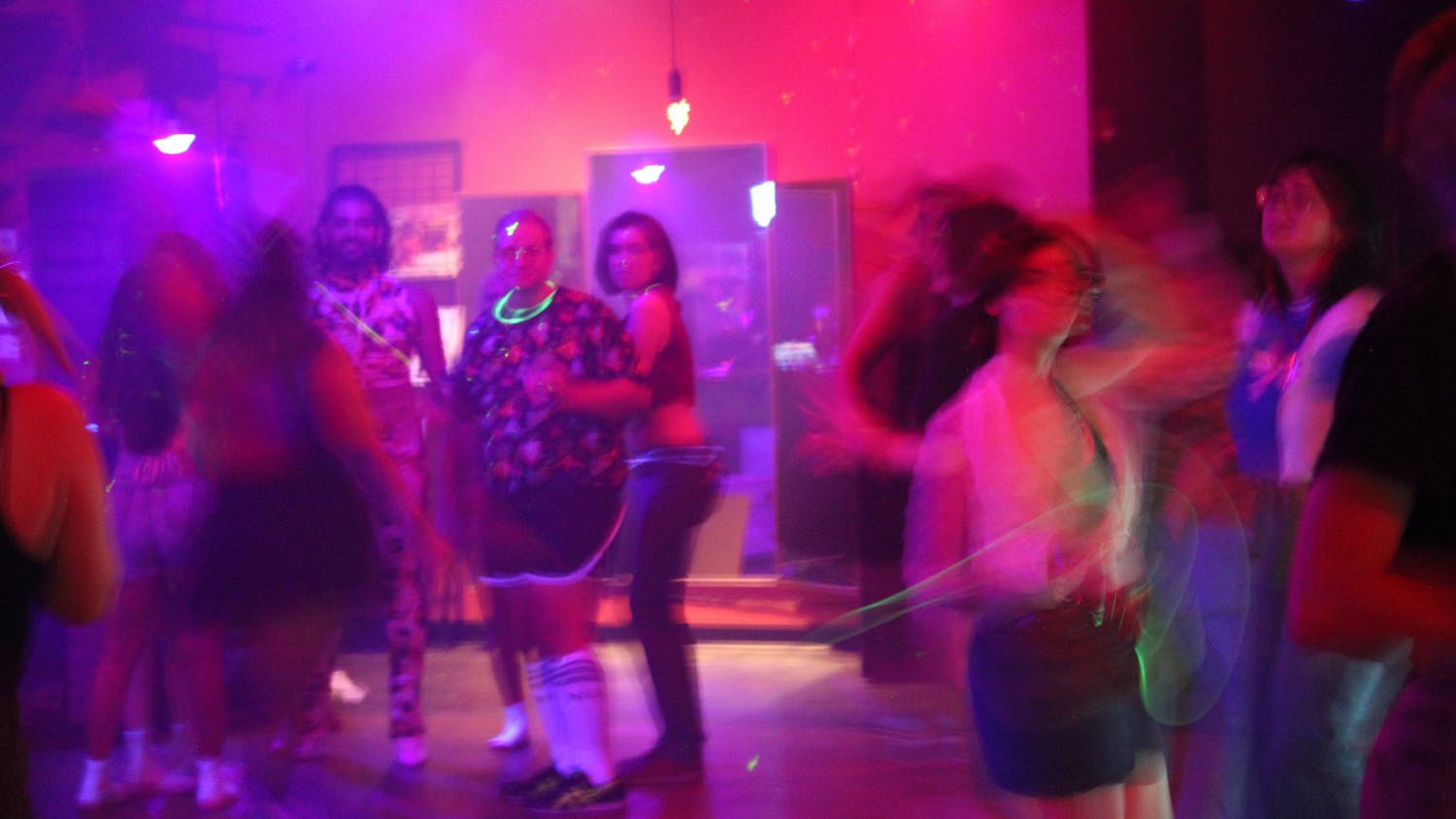 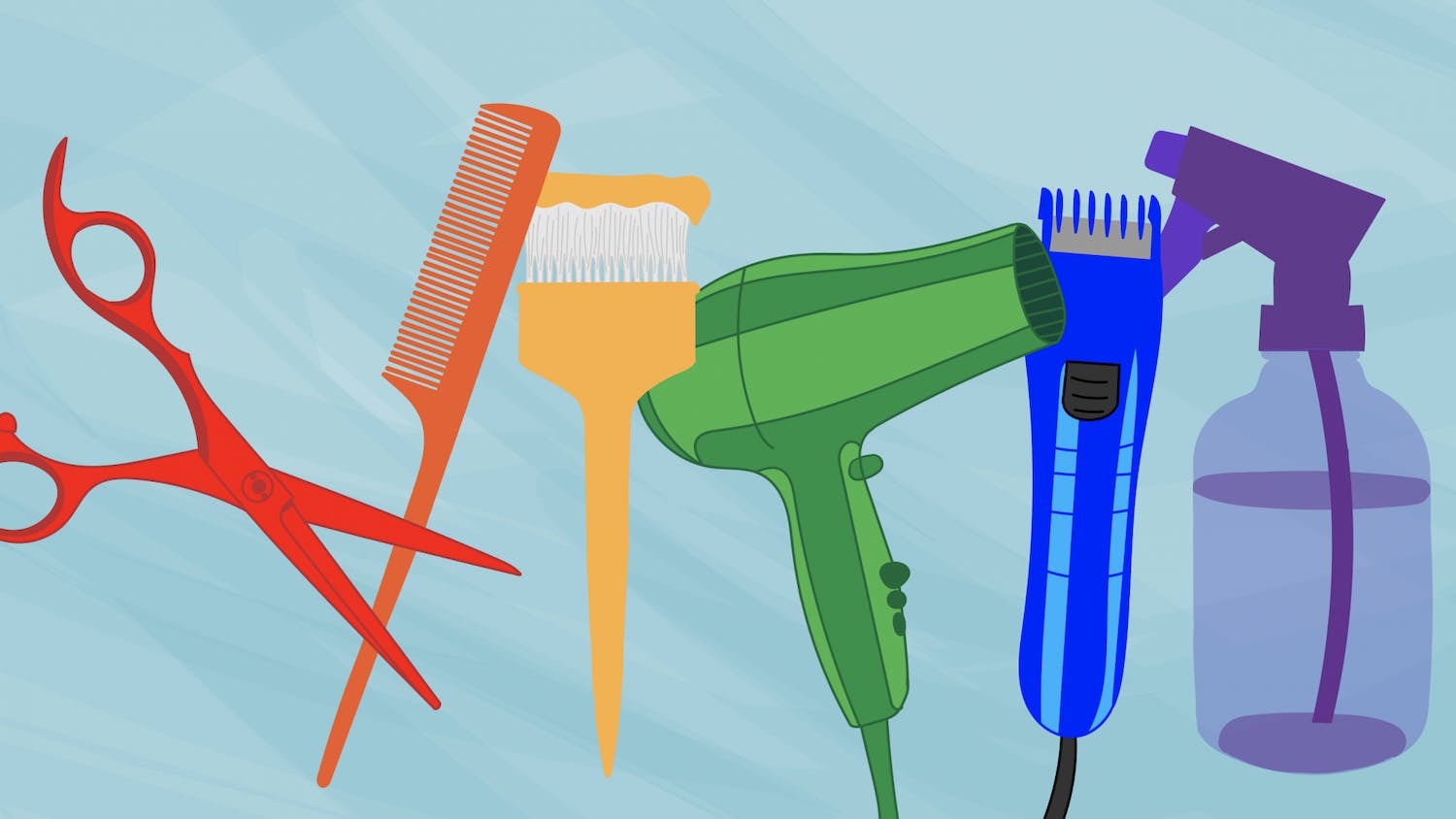