Skip to Content, Navigation, or Footer.
Donate Now
We inform. You decide.
Saturday, January 22, 2022
Developing:
The latest news on UF’s barring of professors from testifying against the state
NEWS  |  FEATURES

Son of a Preacher Man

Pastor Luke Jones clenches and unclenches his left fist as he sings, "Come. Now is the time to worship." His right hand dangles next to a loaded .40-caliber semi-automatic pistol.

Luke, 29, is the son of Terry Jones, the senior pastor at the Dove World Outreach Center. The church sits on a quiet 20 acres in northwest Gainesville amid developments whose residents stop and stare at the church from the edge of the property and shake their heads, squinting in the sun.

This week, just over a month since the church announced plans to burn copies of the Quran on Sept. 11, international media carpet the property, crowding against locked doors with tinted windows. Luke, along with the church's other pastors, deflects reporters begging for interviews with his father. But a month ago, the property was silent except for the voices of those who worship within the church's walls.

On Wednesdays and Sundays, Luke sits in the front row of a mostly empty sanctuary. The rest of the congregation, about 25 including an 11-piece praise band, sing with him, occasionally abandoning the lyrics to speak in tongues. ‘Vision 100' is painted on the wall above them, signifying the number of members they hope someday will fill out the worship hall and join them on their mission to save the world from the evils of sin.

To say Luke sings along is to grossly understate his proud voice, which carries to the back of the vacuous hall and cuts a path through the amplified music from the stage and the singing of his fellow worshippers. There is an authority to the sound.

Jack, his young son, peeks over the seat behind him, smiling sheepishly at those who catch his eye. Like his father, Jack will grow up in a church where children scrawl phrases like "Islam is of the devil" and "Homo leads to Hell" in the inside of worn bibles, and little girls tell anyone who will listen that peace signs are evil, broken crosses that stand for something they can't quite remember.

Luke 2:40 "And the child grew and became strong in spirit."

Luke compares his story to that of many pastors' children — in his early teens, he experimented with drugs and alcohol. But when he was 17, he began to attribute his depression and anger to the absence of a connection with God.

"I was hungry for life," he said. "I thought, ‘God, if you really exist, I want to experience you. I want to make my own decision independent from my parents. I want to know that you're true and real.' And that's what happened."

When Luke talks about his past, his eyes are clear and bright. He insists that his beliefs are his own, and he hopes his son will hear the same calling he did, though he won't force him to follow the same path.

The church has been called a cult. The word ‘brainwashed' is overheard when outsiders speak of the congregation. But Luke's voice doesn't falter when he talks about his faith. His father often stutters during his sermons and interviews. But Luke never misses a beat.

Christians have become weak, he says. They don't follow the teachings of Christ the way they should. When the church's other pastors reference these ideas in sermons or prayer, Luke lifts a hand in agreement.

"Yep," he says, repeating it throughout the service like a tic. "Yep. Amen."

Luke was born and raised in Germany. The Jones family moved to the U.S. three years ago after breaking with their church in Cologne. Now, an American flag tattoo is gradually being shaded onto his left forearm. A few days ago, the flag was only a crisp outline in red, white and blue. Today, a bright blue cuff of stars circles his wrist. The vibrant ink stands out against his pale arm the way his bold words contrast his lilting German accent.

The bible is to be understood literally, Luke says. Homosexuality and belief in other religions are a ticket straight to hell. It is the responsibility of the church to ensure that Islam doesn't eclipse Christianity.

But Luke doesn't hate Muslims. He loves them more, he says, than Christians who do nothing to save their souls.

"People say to us, ‘Love your neighbor,' and they think it's some great Bible verse they can throw against us," he says. "But we do love our neighbors. We're trying to save them from hell. Is love actually that shallow that we think it means only patting someone on the back and being nice? Love is deeper."

James 2:18 "Show me your faith without deeds, and I will show you my faith by what I do."

The world is angry and afraid of what will happen if the holy books are burned.

In the past week, people have begged the pastors to reconsider their plan. The president and the pope made public pleas, and Gainesville has demanded an end to it. Military officials warned that the action could endanger troops and missionaries overseas. But Luke dismisses responsibility for any violence inspired by the church's message.

"Am I at fault if I call someone on the street a name and he comes and beats me up? No, he's at fault. I provoked him, maybe, but maybe he's just aggressive, and here I came and pushed his buttons."

Luke doesn't want to push those buttons. But if violence breaks out because of the church's message, he won't stand for being held at fault.

"People disagree," he says, "but I've never come to the conclusion that what we're doing is not Biblical."

Many, though, aren't convinced.

Gainesville, a town that prides itself on relative harmony, has been tilted on its axis. People whose beliefs are normally at odds will lock arms today in an effort to coexist peacefully and stand apart from those they feel have blackened the city's name and drawn undue attention to an otherwise quiet town.

Last year, when young members of the Dove World Outreach Center were sent home for wearing shirts that said "Islam is of the Devil," Gainesville had the nation's attention for a split second. But like the city itself, Dove was unprepared for the intense heat of sudden spotlight. Two weeks ago, their doors were open during services, and visitors were welcome to share a meal. Today, glimpses of the congregation are stolen through doors opened only wide enough for a body to slip through.

"Do I like all the media and press and pressure and attention? No," Luke said. "But it's not about what I like. It's about what's right, and that's what we've lost."

Luke and his father say the decision to go ahead with the burning of 200 Qurans is contingent upon what they call the mosque at ground zero. If the center's planners agree to meet with the pastors, they'll cancel the burning. But if the Dove World Outreach Center's influence falls short, the burning will proceed.

For now, the world holds its breath in disgust and awe, waiting to see if the pleas of millions will be ignored by a handful of people at a tiny church with giant ideas.

Editor's note: This is the full version of the printed story. 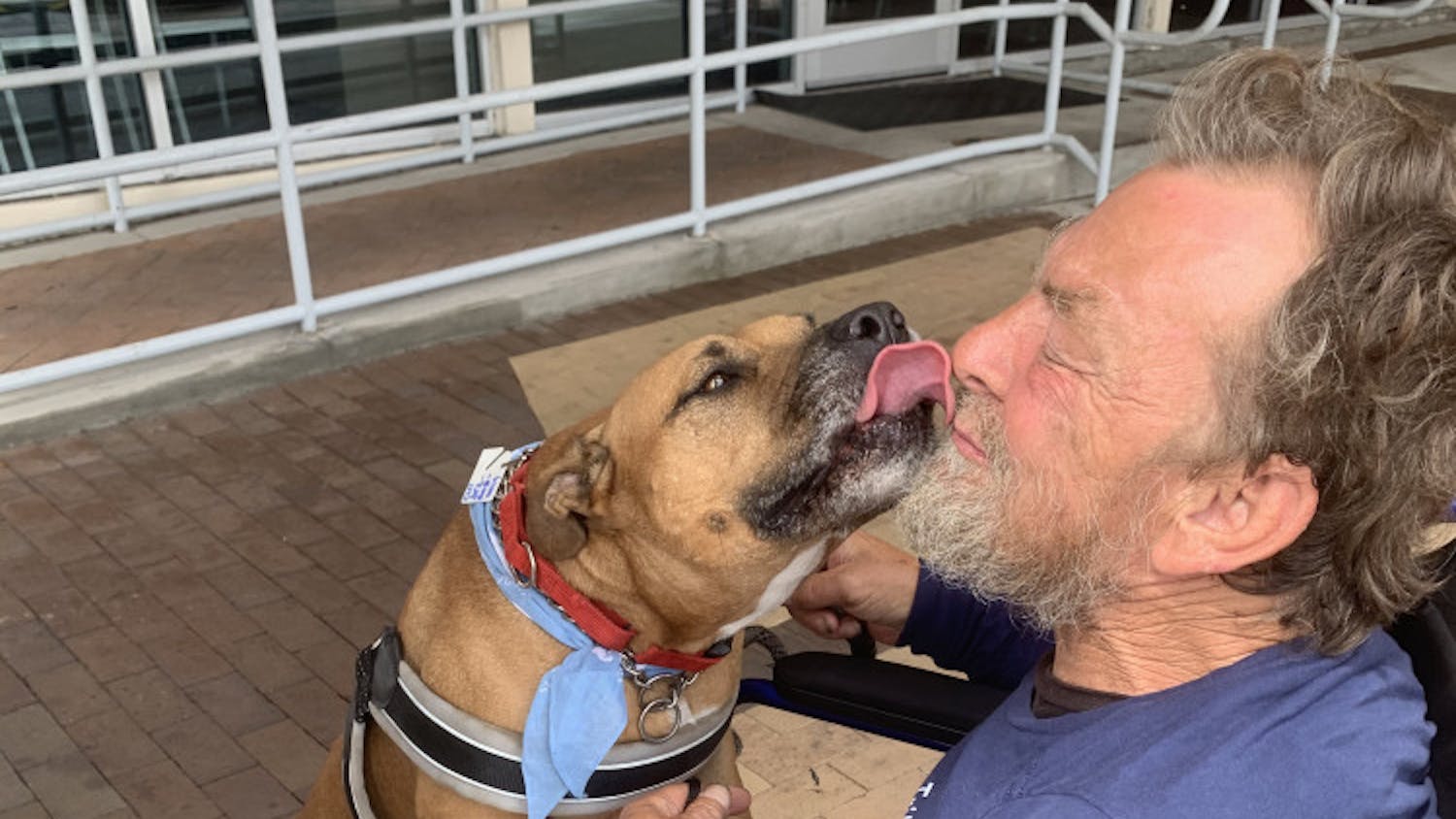