The pros and cons of sex before marriage

When was the last time you heard someone say “I’m saving it until marriage?”

There is no denying we live in a society over-saturated with sex. With shows and movies like “Sex in the City” and “The 40-Year-Old Virgin,” the topic of sex is no longer taboo, but rather vastly accepted and openly talked about.

As the sexual norms of society continually diverge into a casual activity of pleasure or something that must be accomplished by a certain age, it’s becoming almost a notion of the past to save sex until marriage.

Some of us may chuckle at the practice of saving yourself until marriage, claiming it is unrealistic and straight up prudish. But believe it or not, there are still some women out there that keep it on lock down until homeboy puts a ring on it.

Trust me, I’m all for saving sex until you have found someone you are deeply in love with, and can handle the potential physical and emotional ramifications of sex. But is it necessary to completely abstain from the act until you say, “I do?"

The pros and cons of sex before marriage are really based on personal preference. It all begins by asking the question: how important is sex to you in a relationship?

I must admit, a major pro of saving yourself until marriage is the peace of mind you have about your sexual health. The anxiety that follows casual sex— having to get tested for STIs—is something a purity pledge would alleviate. It is important to maintain control over your health if you are able, and abstaining from sex is certainly an act that allows full control of your sexually related health and well-being.

Speaking of control, there is also something to be said about how saving sex until marriage gives you the choice to go on with your life as planned with whom you planned it. I’m talking about the implications of unexpected pregnancy, and how it can change your life forever (“16 and Pregnant” anyone?) Your life will inevitably become tangled in a series of moral and ethical adversities that force you to deal with something you are just not ready for yet.

With abstinence you have control over your sexual health, and the ability to choose to start a family with the right person at the right time. Your body, your future, and your life are things sex cannot control for you if you wait until marriage.

However, is saving sex until marriage realistic today?  With the rate of divorce skyrocketing, could abstaining from sex be a cause?

Mothers and grandmothers past always said there is no need to buy the cow once you’ve already gotten the milk. But really, don’t you want to know how the milk tastes before you go all out and buy the cow?

When you decide to marry someone, there is a realization that this is (in theory) the last person you are going to be intimate with. When the papers are signed and you’re contractually committed to a person, there is no easy way to bow out.

Shouldn’t you know what you’re getting into before you make that life-long commitment?

For one thing, you will have no idea if your partner has sexual issues such as an inability to climax, and you don’t even know if you’ll like the performance if you wait until after marriage. Could you imagine having to fake an orgasm for the rest of your life?

Not everyone is a pro their first time, and that’s ok. But just like most things in life, it takes practice. Sex very much encompasses the idea that it takes two to Tango, and involves a lot of constructive criticism. But how will you know if someone can take the constructive criticism and give the desired results unless you try it out first?

And what about your sexual identity? If this is your first sexual experience and you don’t like it, it could be due to something greater than your partner’s lack of motion in the ocean. You may just not like their equipment and I’m not just talking about their size…

It may seem like a pretty out-there perspective, but it’s possible that by not experiencing sex before taking the plunge with your betrothed partner, you may have ignored your urges to be with someone of the same sex, and don’t acknowledge it until it’s too late.

When all is said and done, could you just leave something as important as religion, how many children you plan to have, where to live etc. to be figured out after marriage?

Whether you choose to agree or not, sex is an important part of a relationship that really shouldn’t be left to chance. Personally, I would much prefer addressing and dealing with any aspect of sexual discovery before marriage, but I can’t speak for everyone.

I quickly digress to share a thought with you. There is something to be said about how we begin sex talks with children. While wracking your brain for the right words to say, it almost always begins with, “When two people love each other very much…”

I know to many, marriage itself is supposed to signify the pinnacle declaration of eternal love. But is marriage absolutely necessary to display your loyalty, devotion, appreciation and love of another?

It shouldn’t be a question of whether or not we should save ourselves until marriage. It’s really about saving yourself for the right person: the person you love. 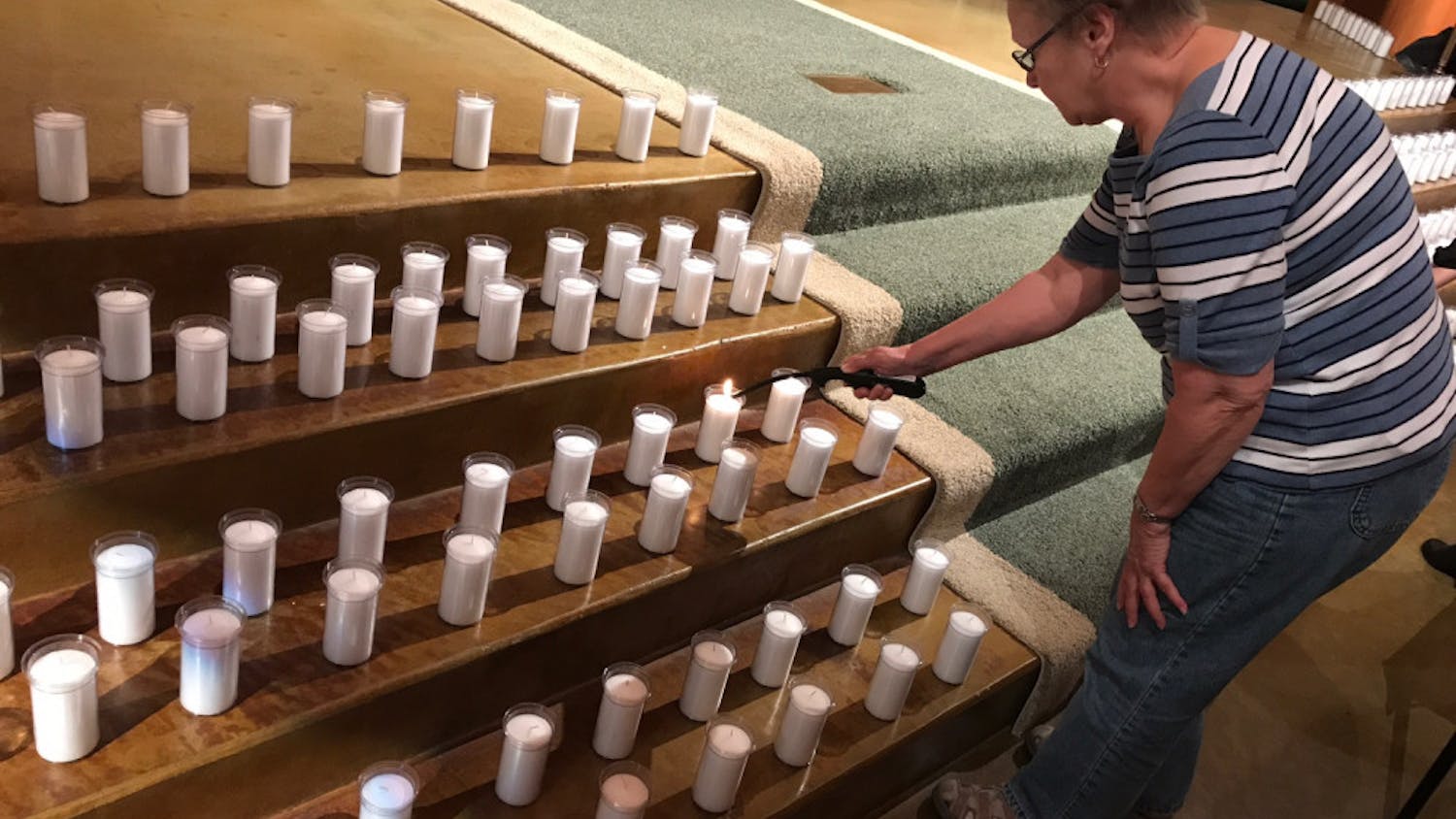 Catholic church members pray for an end to the death penalty

We should quit obsessing over virginity