“When my blood sugar drops, I black out,” she said.

During her first semester in college, she said she experienced a severe drop in her blood sugar at a party. Sarah was at a house shared by eight guys, all members of fraternities.

“When we got to the party, I walked in and blacked out,” she said. “The next memory I have is waking up in my bed.”

When Sarah woke up in her dorm room alone, she said she “felt lost and confused.” She said she was in pain. Her phone was missing — and so was her underwear.

In a panic, she borrowed a phone and called her friends to try to piece together what had happened the night before.

Sarah’s friends tracked down her phone. One of the boys who threw the party had it, and he was angry. He told Sarah she could have her phone back — after she cleaned his sheets. His comforter was covered in blood.

Sarah said she was raped in the boy’s room by one of his friend’s younger brothers, a high school student visiting for the weekend.

She said she was attacked while she was in a blackout. Sarah was a virgin.

She said she was harassed after the attack by people who thought she was lying. Behind her back — and sometimes to her face — they called her “the girl who cried rape.”

Sarah reported the attack to Gainesville Police. There is a team of detectives that handles all sexual battery cases, according to GPD Spokesman Officer Ben Tobias.

One of those detectives was assigned to Sarah’s case.

Tobias said after talking to multiple witnesses, police determined Sarah was not the victim of a sexual battery.

Sarah said the detective told her that “if girls stop putting themselves in these types of situations, I wouldn’t have to deal with cases like this.”

Through Tobias, the detective declined requests to comment for this story.

However, Tobias said the behavior Sarah alleged is uncharacteristic of the detective.

He added that it “may seem on the surface that the Gainesville Police Department does not care about [sexual battery victims], but that couldn’t be further from the truth. We care very much.”

Tanja Philhower worked on Sarah’s case in 2009. At that time, Philhower was a victim advocate at the University Police.

Kalt said she never had direct contact with Sarah, only with Philhower, Sarah’s victim advocate. Kalt said she received a call from Philhower asking her to check on the case.

Sarah said the detective didn’t answer her calls for weeks while her case was open.

At one point, Philhower had to call Kalt on Sarah’s behalf to make contact with the detective.

About a year after she filed her case, Sarah said, she was told the paperwork was lost.

When asked how it was possible for a case file to be lost, Tobias said, “Case files do not get lost because they are managed electronically — since 2005.”

The copy of Sarah’s case files, which she still has, contains notes from interviews conducted in 2009. Tobias said that usually officers maintain most of their notes themselves.

In the GPD document Procedures & Flow for the Criminal Investigations division, Section 5.01.05 B stipulates that, “Supervisors will make appropriate data entry into the computer system of the incident reports. Supplemental reports will be completed within ten (10) days of receiving an OPEN case for investigation. Additional supplements will be due every ten (10) days thereafter until the case is closed.”

Sarah’s copy of the case file shows no information was inputted into the GPD database until February 2011, nearly 15 months after the initial report. Tobias confirmed the date.

Sarah still has trouble talking about the ordeal.

“This is the reason why girls don’t report things,” she said.

Sarah has no memory of her assault. She said she was in a blackout, but there is no way to know for sure what caused her memory lapse.

One, her blood sugar got too low, and she was delirious.

Two, she had too much to drink and doesn’t remember it.

Three, psychologically she just blocked it out — “which is a perfectly normal and reasonable thing to do if you’ve been raped.”

There are too many variables: what she ate, what she drank, how much insulin she administered to herself that day.

Sarah will never know exactly what happened that night. She’ll never know with certainty why she blacked out.

According to Laura Templeton, a victim advocate for University Police, none of that matters. Regardless of the cause of the blackout, it still constitutes rape.

It defines this state as “unconscious, asleep, or for any other reason physically unable to communicate unwillingness to an act.”

“If you feel like this happened, it happened,” Templeton said. “It says in the laws that if you’re under the influence of alcohol, you can’t consent.”

She said the interactions she has had with Gainesville Police and University Police have been positive.

“We’re lucky that we’ve experienced really good, positive feedback from survivors about their experiences with our officers,” Templeton said.

She said she has “heard stuff” from other victim advocates about law enforcement, court systems and some judges.

“That’s part of prepping victims who are coming forward to report,” Templeton said. “You want to make sure they know up front what they’re getting into, and part of that is knowing the system.”

She added she knows victim blaming by officials can happen, especially when there is alcohol involved.

“There’s not a barrier between rape culture and law enforcement,” she said. “It’s everywhere.”

A version of this story ran on page 5 on 9/11/2013 under the headline "Rape culture can lead to issues for victims reporting to police." Editor’s note: This is part two of a three-part series.

Gainesville man charged with stalking, voyeurism after being caught on student Ring footage 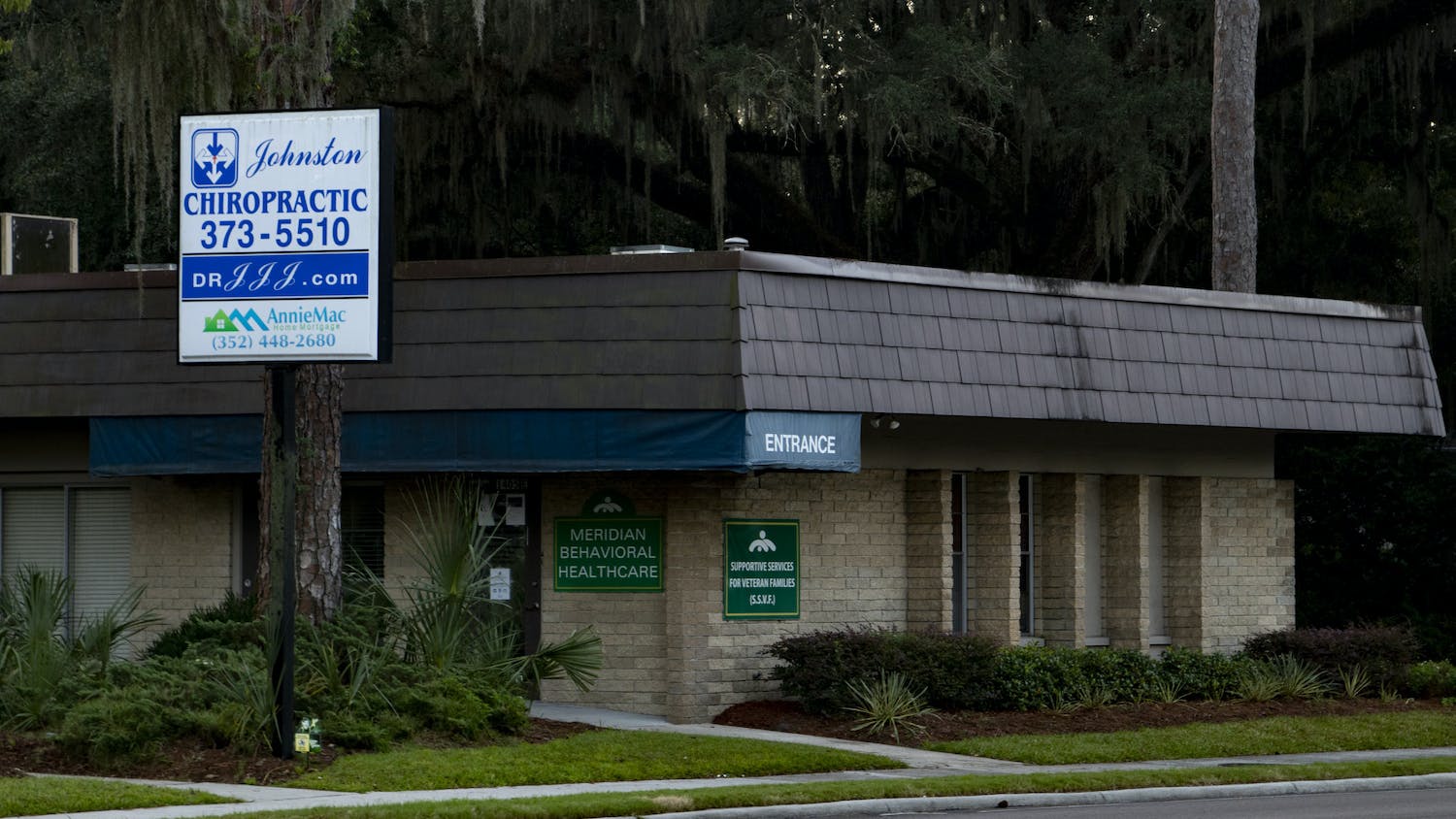