Gainesville is growing and shows no signs of stopping.

The city is experiencing a construction boom with new businesses and housing popping up all over the city, said Andrew Persons, the interim director of the Department of Doing, which is the planning and building department of Gainesville.

“It’s not hard to step outside and walk down University Avenue or 13th Street and see all the cranes swinging and development activity occurring,” Persons said.

As UF’s home, the city has an opportunity for growth that surrounding areas don’t see.

Staci Bertrand, the Gainesville Area Chamber of Commerce vice president of economic development, said UF is the main asset of the city’s economic growth because it’s the largest employer.

“At the rate the University of Florida is growing, we need to keep up with it,” Bertrand said.

Britta Forsmark, 26, has lived in Gainesville her whole life. Since she was a child, she has seen development all over the city, especially on Archer Road.

Forsmark said Butler Plaza, a retail conglomerate, is a mainstay on Archer Road she has watched grow.

The plaza started in 1975 with the opening of a Publix. In 2016, the Butler North expansion opened, which introduced a Walmart, Lowe’s, Sam’s Club, Dick’s Sporting Goods and Total Wine & More.

String lights decorate palm trees as they canopy over two of the entrances to the newest addition of the plaza, Butler Town Center.

When completed, it will be a 450,000-square-foot mixed-use center with restaurants, shopping and housing, Mary Reichardt, the Butler Enterprises corporate director of marketing, wrote in an email.

The center is in phase two of construction, which will include a retail building with about 50 residential apartments on top of it, she said. The third and final phase will be completed in 2022 and will include a food hall, along with 150 more apartments and an open space for events.

Phase one was the construction of a Whole Foods Market, a Grub Burger Bar, a P.F. Chang’s China Bistro and other restaurants and businesses at the town center, she said.

Further down Archer Road, just on the other side of Interstate 75, Celebration Pointe has grown.

Celebration Pointe is a multi-faceted live, work and play community. String lights swoop across the City Walk plaza where a modern courtyard with bench swings, fireplaces and a small stage sits in front of a turf lawn.

Ralph Conti, managing principal with RaCo Real Estate and development partner with Celebration Pointe, said the project is unique because it is developing on a large piece of land in a prime location. He anticipates it will be complete in three to five years.

The newest additions to the center include plans for 86 townhouses and two apartment complexes that together will have 220 units. Construction will begin on a mid-sized Dave & Buster’s toward the end of the year.

“We’re literally building a city within a city,” Conti said.

Downtown’s locality and traditional look are what called to the company owners, he said. Archer Road attracts big, trendy businesses with real estate that most mom-and-pop businesses can’t afford.

“We love being in the old part of Gainesville,” Whitman said. “We come in and redevelop it, repurpose it, recycle it and turn it into something really cool.”

The coffee company has six other locations in Gainesville, five in UF Health Shands Hospital and one-off Newberry Road in the ITProTV office complex. The opening date of the new storefront is still being discussed.

Although downtown has many coffee shops, restaurants, bars and entertainment spots, it does not have many lodging places, at least for now.

Andrew Persons said he expects to see a rise in hotels coming to town to accommodate high-volume events such as Gator game days and graduation.

There are plans for a Hyatt Place Downtown hotel in the empty lot across the street from the Palomino Pool Hall, at 19 SE Second Place, according to city plans. The plans show the location will have 143 rooms with 18,000 square feet for retail space and another 24,000 square feet for office space.

“We’re seeing a lot of hotels,” Persons said. “Because of the success of the Hampton Inn downtown, there’s a lot of interest to bring additional hotel capacity in the downtown area.”

Keith Gerber, 26, said his favorite part of Gainesville is downtown. He has lived in Gainesville for eight years and has seen it grow in his time here.

“I’ve seen it go from kind of a small town to now it has kind of a bigger town feel to it,” Gerber said. “I’ve kind of enjoyed the expansion of Gainesville. There’s definitely more to do and everything looks nicer.”

Just across the street from UF sits a strip of restaurants and bars where generations of students have shared memories.

Although the area is filled with businesses, there have been rumors that new luxury apartments may be the end of Midtown.

Carly Meyers, 22, a host at The Swamp Restaurant, started hearing rumors that Midtown bars and restaurants were going to be sold and turned into apartments.

“I hear people saying, ‘We have to go to Mid before it closes,’” Meyers said. “People are buzzing.”

Andrew Persons has also heard the rumors but has seen nothing filed with the city involving selling Midtown or new construction on the lot.

He said he isn’t surprised rumors are floating because there is high-rise, luxury student housing coming to the Midtown area and around UF.

The rising construction beams in the lot next to the Publix, at 203 NW 13th St., will soon become a mixed-use building known as Hub 2, which will be constructed in a similar way to The Standard.

Hub 2 will be a seven-story building, with the first floor being retail space and the other six being apartments, according to city plans.

Dave Wilson, 77, has lived in his Gainesville home for 25 years and has watched apartment complexes and developments grow on the corner of University Avenue and 13th Street for years.

Wilson is concerned about protecting his neighborhood from big corporation development like The Standard.

“Three or four stories is OK on the main corridors. Ten stories is totally unwarranted,” Wilson said. “It’s just a wall of student housing, and it’s coming toward me.”

Correction: This article was updated to correct a quote from Thomas Whitman. He said, "We love being in the old part of Gainesville." The Alligator previously reported differently.

[FILE PHOTO] The Spot, 16 NW 18th Ave., is one of several Midtown businesses neighboring a construction zone. Renovations are expected to last through October. 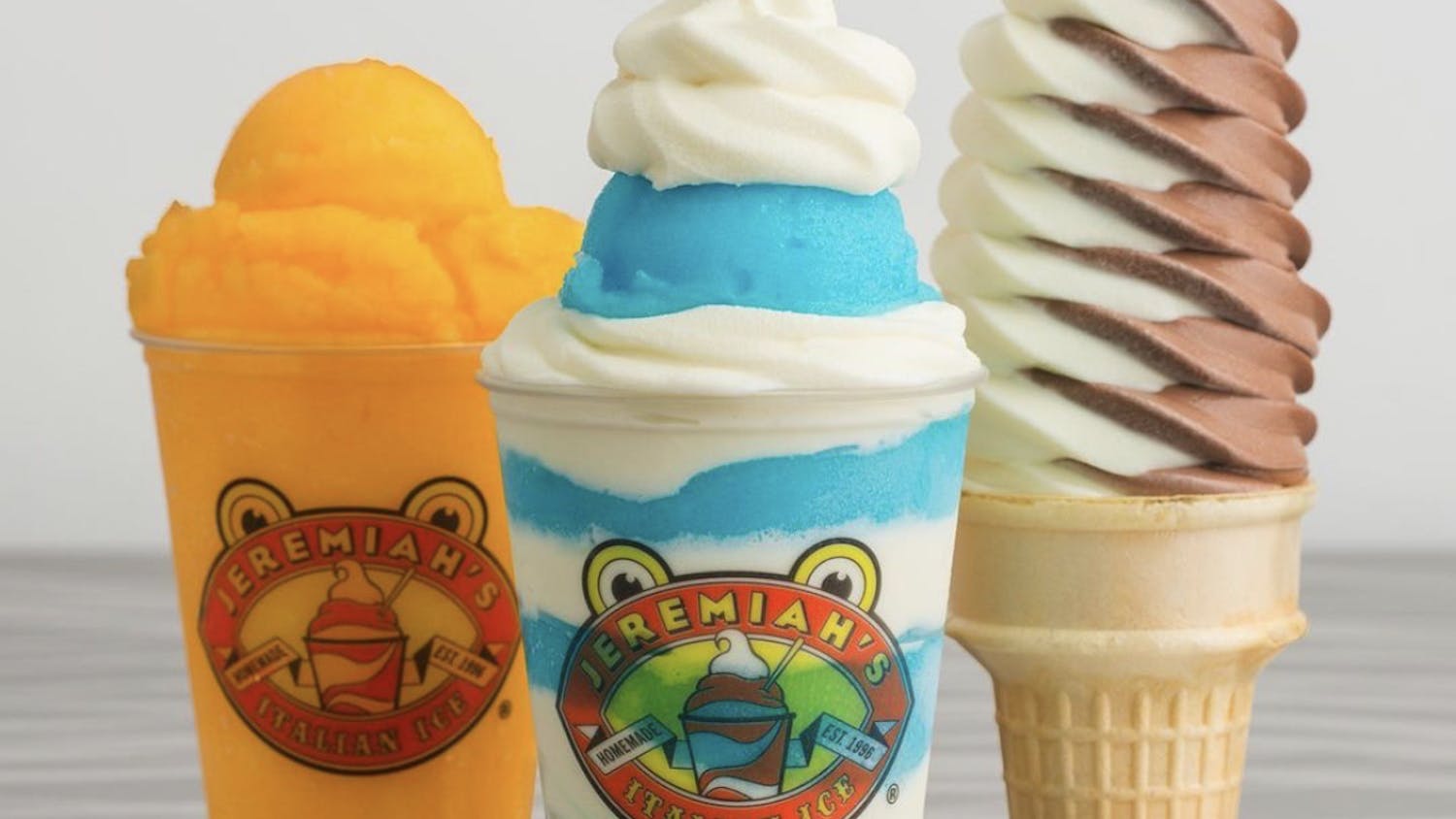 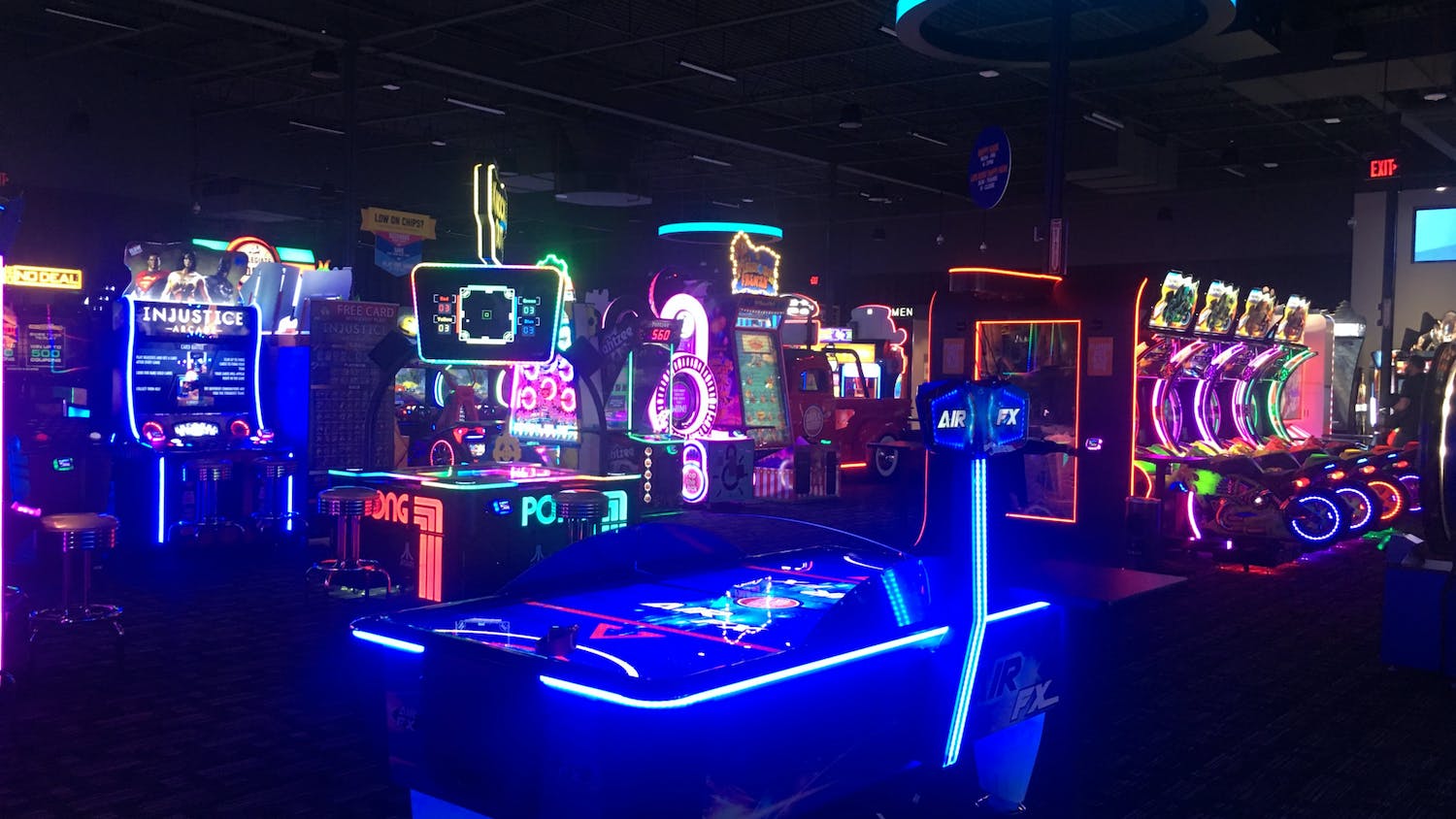