For almost a decade, local activists and UF students have called for UF to end its dependence on prison labor. The Institute of Food and Agricultural Sciences responded by breaking its prison labor contracts last week.

The Coalition to Abolish Prison Slavery, a Gainesville activist group founded in early June, announced Thursday that IFAS will stop using prison labor as of Sept. 30. Jeanna Mastrodicasa, the IFAS associate vice president for operations, confirmed that all contracts with the Florida Department of Corrections have come to an end. The institute hasn’t used inmate labor during the COVID-19 pandemic since mid-March.

To advocate for change, CAPS partnered with organizers such as GoDDsville Dream Defenders, Florida Prisoner Solidarity and Divest UF, as well as with UF student organizations, including the Hispanic Student Association and the Black Student Union. The groups sent mass phone calls and emails to UF President Kent Fuchs, the UF Board of Trustees and IFAS.

More than 200 emails and calls were sent out through July and August, said co-founder Salil Bavdekar. In less than six months, CAPS was able to achieve its goal of ending IFAS’ prison labor contracts with the FDC.

Mackintosh Joachim, a 21-year-old UF women’s studies and political science senior, has wanted UF to stop using prison labor for years. He quit his job at Aramark, UF’s food service partner, in 2017 when he realized they used prison labor.

“Essentially, a prison is still a way that we all could be slaves,” Joachim said. “It is very immoral.”

Minimum-to-medium custody inmates still completing their sentences sometimes participate in work camps, wrote Rob Klepper, an FDC spokesperson, in an email. All able-bodied inmates are required to work during their sentence, according to state statutes. They can be assigned to work squads like the ones formerly used by IFAS, and labor is usually unpaid.

UF and IFAS saved about $1.7 million a year from prison labor according to a statement released by IFAS. Across nine sites, the work was used to promote agricultural research and provide produce for the East Coast.

Florida has benefited from inmate labor for more than a century, according to a report by the Gainesville Sun. UF uses it the most compared to other Florida state universities, especially in its agricultural centers. Since 2015, the university has used more than 156,000 hours of state prison labor.

CAPS wants UF to cancel contracts with all company partners that use prison labor, including UF food service partner Aramark, Bavdekar said. It’s also calling for UF to make an official statement detailing the extent of the practice.

However, IFAS hasn’t made a public announcement about the end of the contracts and doesn’t plan to, Mastrodicasa said.

“It's something that we're not too happy about because one of our demands was that UF actually owns up and actually puts out a statement saying ‘Hey, it is finally over,’” Bavdekar said.

To Bavdekar, UF isn’t taking responsibility for the number of laborers or unpaid hours of work it used to harvest crops, clean equipment and operate machinery.

“That is unacceptable if you agree that prison slavery is bad,” he said. “So, our main objective was to stop using it as soon as possible.”

Prison labor saved IFAS an average of $14 per inmate, according to an IFAS blog post. Gene McAvoy, an IFAS stakeholder relations director, said researchers will now have to redirect some funds from fertilizer, pest and disease control research to pay workers.

“It was a reaction to social unrest in the country,” he said. “But I don't know if it really was the right reaction.”

After Black Lives Matter protests throughout the summer, Fuchs announced on June 18 that the university would take steps to address racism. This included ending UF’s ties with prison farm labor because work squads disproportionately consist of Black inmates. He promised to terminate all contracts involving prison labor in agricultural centers from the FDC by July 1, 2021.

“The symbolism of inmate labor is incompatible with our university and its principles and therefore this practice will end,” Fuchs wrote in a statement to the UF community.

While IFAS Director McAvoy said he didn’t speak to any of the inmates, he feels many aren’t forced to work.

“If I was sitting behind bars, and I had a chance to get out, work out in the fresh air and sunshine and do something constructive besides looking at four walls, it might be attractive,” McAvoy said.

Manu Osorio, the lead organizer of GoDDsville Dream Defenders, the local chapter of an organization founded after the death of 17-year-old Trayvon Martin, said UF students and faculty need to recognize how deeply the prison industrial complex is embedded into academia.

“We must stand up and find all of these exploitative industries because it is our money as students, alumni and faculty that is being used to exploit people,” she said. “We have to stand together and demand changes.”

The push to end prison labor spans throughout Alachua County.

Alachua County Commissioners voted to end prison labor contracts with the FDC in 2019, said Kevin Scott, a formerly incarcerated organizer with Florida Prisoner Solidarity who lobbied the commission on the issue.

While in state prison, he said he witnessed the immense physical and psychological toll prison labor took on his fellow inmates. He said he’s proud that the county commission was the first elected authority in Florida to end its prison labor contracts.

“People do not understand how the person on the side of the road in the blue outfit gets to be there,” he said. “You’re malnourished, strip-searched to and from work every day — it’s dehumanizing.” 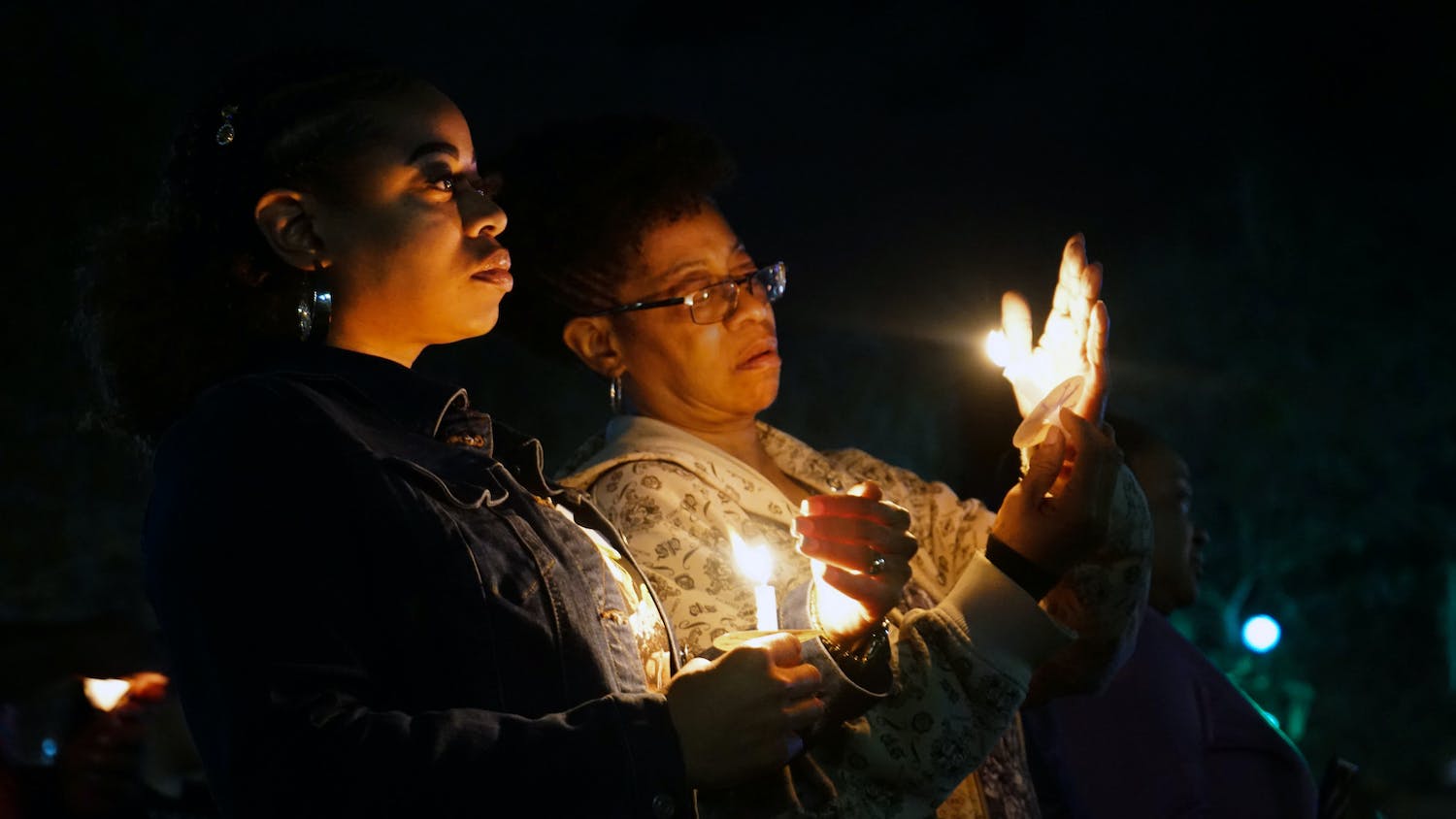 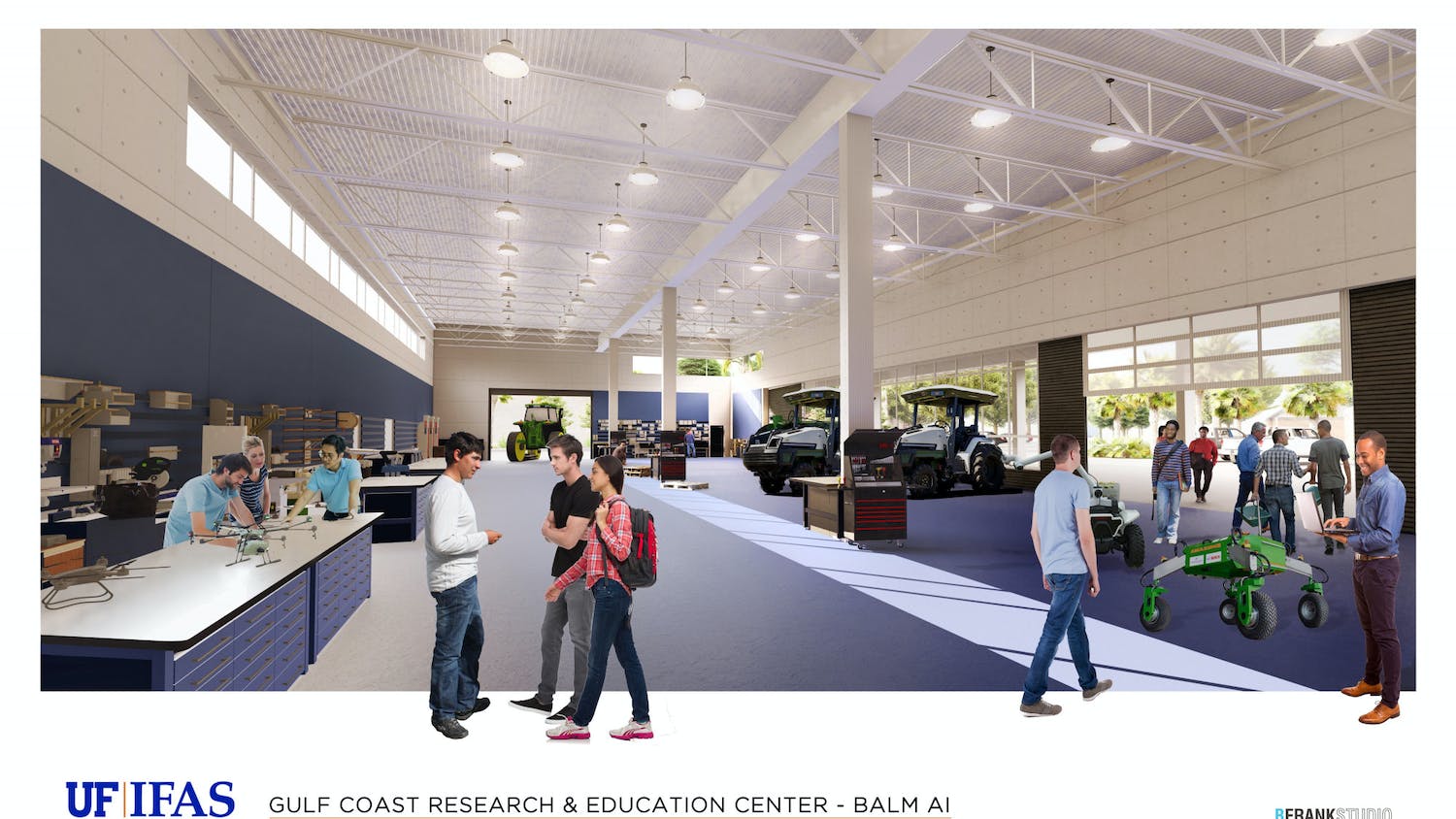