Skip to Content, Navigation, or Footer.
Donate Now
We inform. You decide.
Monday, January 24, 2022
Developing:
The latest news on UF’s barring of professors from testifying against the state
CAMPUS  |  SFC

The 87,366-square-foot facility is located off of West University Avenue in downtown Gainesville

Santa Fe College is investing in its degree programs, student services and community opportunities with a newly constructed building in downtown Gainesville.

The new 87,366-square-foot facility that will be Blount Hall is replacing the Center for Innovation and Economic Development (CIED), which once stood at the northwest corner of West University Avenue and North Sixth Street, Jay Anderson, the college’s communications manager, wrote in an email. The CIED was demolished in 2020 for the construction of Blount Hall to begin, Anderson wrote.

The $36.5 million building is scheduled to open to students in Spring 2022 and will expand the college’s downtown Blount Center, Anderson wrote.

With the relocation of the programs, the northwest campus could have more space to develop new programs, and the location of Blount Hall next to Gainesville’s Innovation Hub will pair well with the IT programs, Anderson wrote. The Santa Fe College District Board of Trustees approved the new building in 2016, Anderson wrote.

The project was originally set to be completed by Spring 2021, according to an October 2018 Santa Fe press release. During the design phase of the project, however, the projected completion date changed to Spring 2022 due to available funding and projected construction costs, Anderson wrote.

The lack of infrastructure for future development to support small businesses and train the local workforce in the previous one-story facility, which was originally a 1950s retail building, spurred the decision to construct the upcoming Blount Hall, Anderson wrote. The previous building was less than 11,000 square feet, which is about eight times smaller than the new one, Anderson wrote.

The construction of Blount Hall was funded over multiple years by more than $13 million from the state and $1 million from private donors, according to a college press release. The release states the U.S. Department of Commerce’s Economic Development Administration granted $4.8 million to be allocated for the expansion of the CIED’s business incubation space.

“The way that a lot of the times the legislature funds projects like this is they know that you’re not going to build a project of this size and scope in one year, so they’ll fund it over multiple years,” said Andy Barnes, Santa Fe’s vice president of administrative affairs and chief financial officer.

If Santa Fe has tuition revenue or state appropriations that are more than what is spent, those funds are directed toward deferred maintenance and the college’s facility needs, Barnes said. The Blount Center has benefited from the funds, he said.

The external portion of Blount Hall is set to be completed by the middle of September, said Trowell.

“This project has been designated by the District Board of Trustees as the college’s top priority,” Anderson wrote. “Moving high-demand programs like Business and IT can also lead to steady, stable jobs with salary and benefits packages that can provide for individuals and families in our community.” 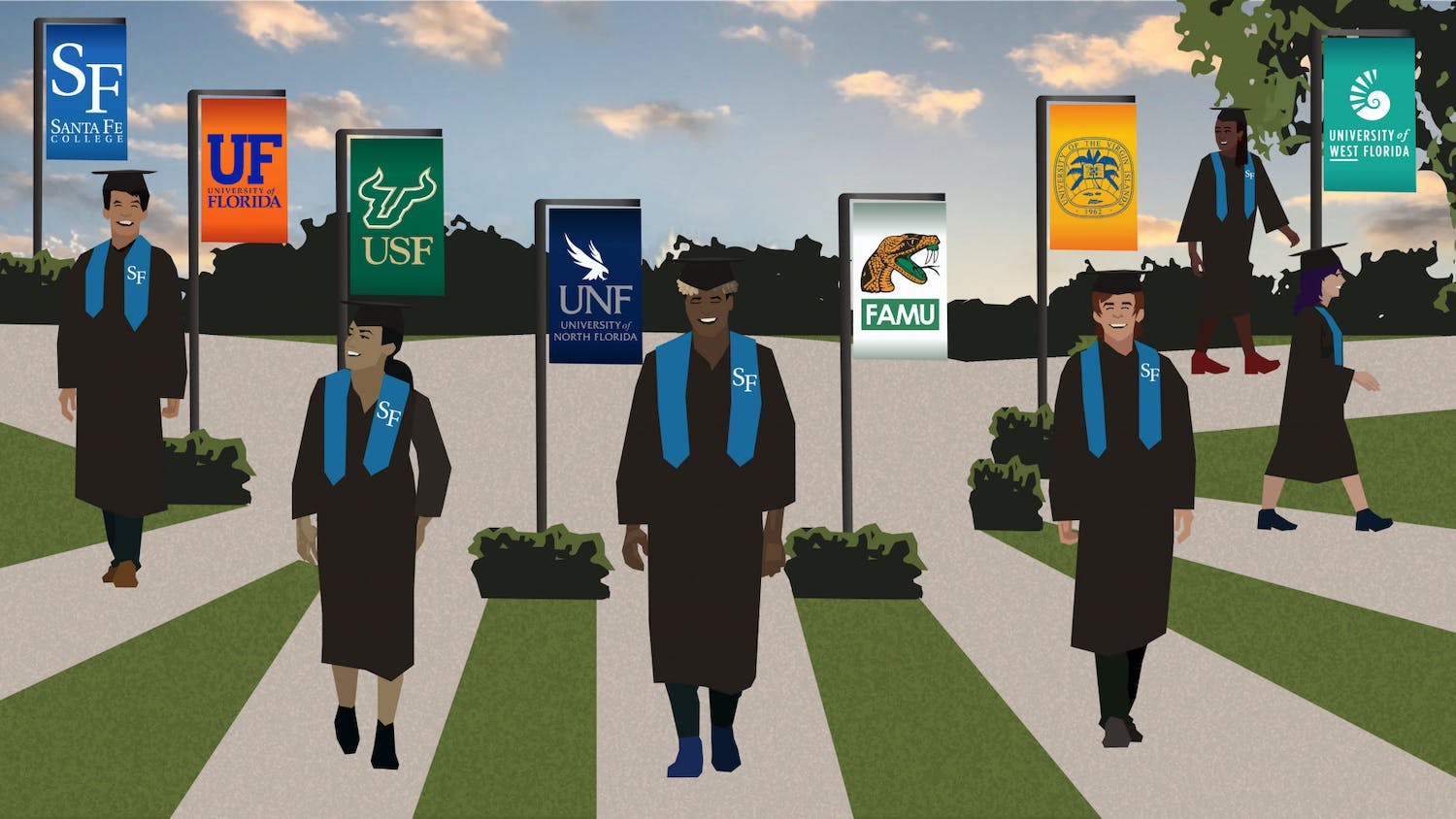