Gators sweep Auburn in return to the O’Dome

The atmosphere at the Stephen C. O’Connell Center felt as loud as ever for a Wednesday night matchup against the Auburn Tigers, and for good reason; for the first time this season, the Gator Band provided the soundtrack to the game from the stands.

“I don’t know if it was better instruments, better players,” head coach Mary Wise said. “They were as good a sounding band that we’ve ever had for volleyball.”

After a five-match scare in Arkansas against the Razorbacks Saturday, the Gators came out of the gates like a team bent on recalibration.

Senior setter Marlie Monserez opened up the match with an ace, and the ensuing 6-1 run forced Auburn head coach Brent Crouch to call an early timeout. The stoppage failed to stop the avalanche from the Gators, though, as the team cruised to a 16-6 lead.

The team had early help from across the lineup; five different Gators registered kills in the opening set. Seniors Thayer Hall, T’ara Ceasar and Lauren Forte led the way with four kills each.

Crouch called his second and final timeout when the score was 18-7, but Wise’s team made quick work of the rest of the set. Auburn reached double digits, but that would be the Tigers’ only accomplishment of the first set as a 7-4 run ended the set for the Gators, 25-11. Forte, who committed five errors Saturday, finished set one with a perfect 1.000 hitting percentage.

The Tigers avoided an early deficit in set two, staying within one point of Florida, but never earned their first lead of the match. After a kill from junior Rebekah Rath brought the Tigers to within one at 7-6, Florida stepped on the gas pedal once again.

An 8-2 run featuring two kills from freshman Merritt Beason forced an Auburn timeout as the Gators lead bloomed to seven. A kill from Hall pushed the score to 20-12, and two more Florida points forced the second timeout from Crouch.

The Tigers showed life after the stoppage, piecing together a 4-2 run, but a final kill from Ceasar wrapped up a Florida second set victory, 25-15.

Wise called a timeout, and it seemed to serve its purpose. Florida came out of the break on a 5-2 run, appearing regrouped. Florida mounted a 14-9 lead, and kills from Ceasar and Hall slowly iced the decisive set.

The Tigers called a timeout trailing 18-12 and proceeded to score four of the next six points to draw within four of Florida. Forte responded with two resounding kills in the next five points, and a block from Hall ended the set to clinch a sweep.

“All of us are really excited to just go after it and go play South Carolina,” senior Marlie Monserez said. “Take the emotions out of senior day and just make it fun.”

The Gators will return to the O’Dome this weekend when they play two matches against the South Carolina Gamecocks; a sweep would draw Wise to 999 career wins. The Sunday match will be featured as the team’s senior night. 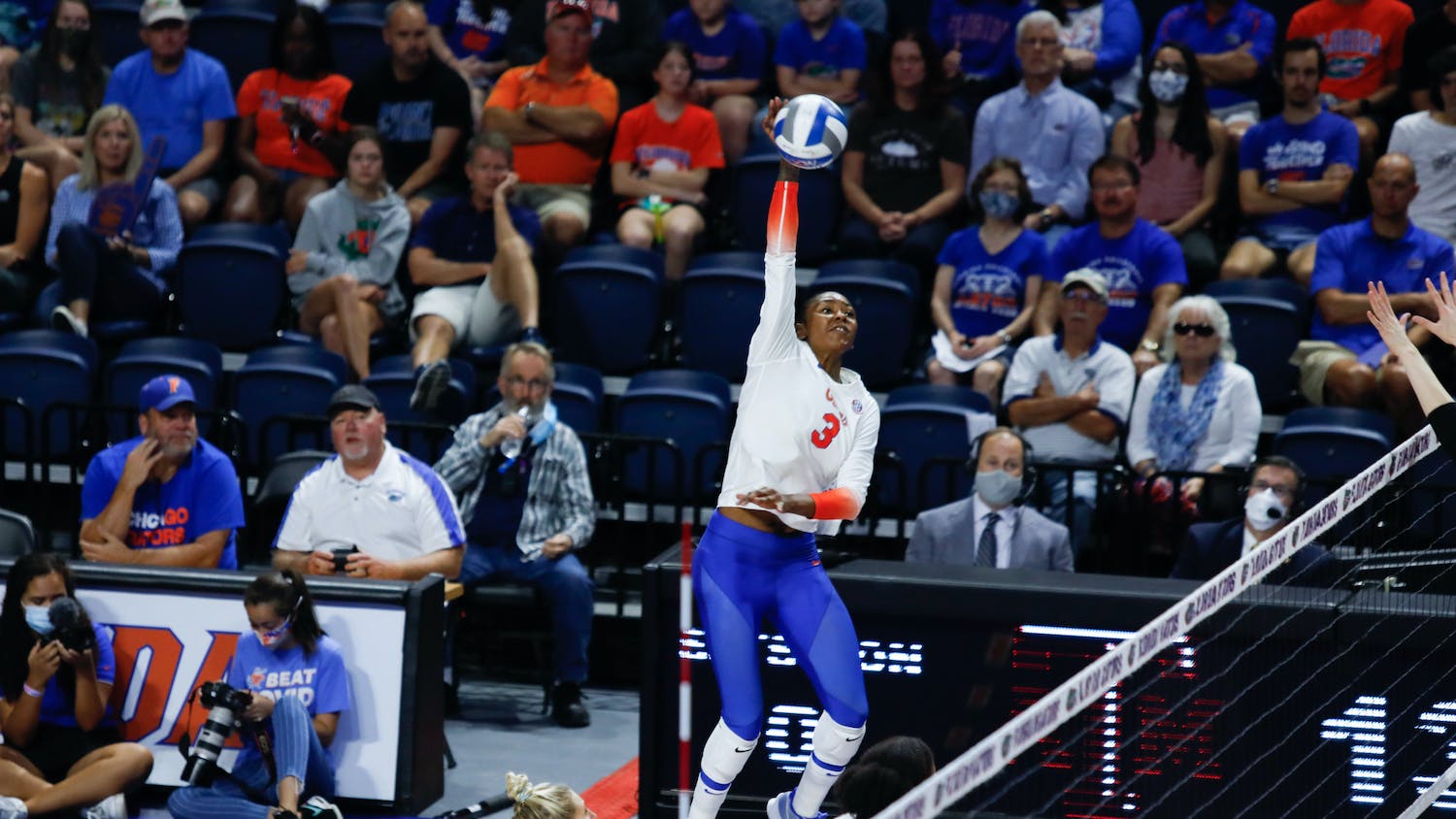 No. 23 Florida extends sweep streak to three against Missouri