A sad, beautiful, tragic goodbye to The Alligator (SK’s Version)

Sara Kate Dyson writes her goodbye to The Alligator

As I sat down to write this goodbye letter to The Alligator, I went through my normal process of writing an article.

I put my headphones on, chose an album, playlist or artist that I thought best fit the mood for what I was about to write and dramatically performed a song or two in front of my mirror before realizing I really needed to sit down and pay attention to the Google Doc staring at me neglected on my computer screen.

This time, I hit shuffle on Red (Taylor’s Version), because, really, I haven’t been listening to much else since Taylor Swift released the re-recording of my favorite album of all time in mid-November. But, as the album continued to play through my ears, I thought about how it perfectly sums up the bittersweet goodbye I wanted to convey in this final article.

I (don’t) apologize in advance for all of the Swift references that are about to happen.

When I first started at The Alligator, it was the fall of 2020. Then-sports editor River Wells called me around two hours after I arrived in Gainesville for the start of my junior year to congratulate me and tell me I would be covering swimming and diving for the semester.

I think I gave him a pretty underwhelming reply of “Okay, thanks,” before hanging up the phone and letting the news sink in.

It may not have seemed it at the time, and I’ve never been the best reactor to good news or surprises, but that call was something I desperately needed at that stage in my life. I had struggled with several things throughout my first two years at UF, including mental health challenges, the loss of friendships and the struggle to belong in such a large campus.

But, that call gave me hope for the future, and affirmed that I was exactly where I needed to be, just like in Swift’s introspective and hesitantly optimistic “Begin Again.”

Throughout my three semesters with the paper, times weren’t always in a “State of Grace,” though.

In the spring of 2021, I was given the privilege to cover the Florida baseball team, which had been the goal since I stepped on campus in 2018. Even though I would say my work covering the team is my greatest accomplishment in my career thus far, it was also the greatest struggle.

I spent many Sunday nights on the verge of a panic attack thinking about the upcoming week and work that came with five games per week while also juggling another job and 16 credits worth of classes.

So, yeah, there were times that I felt far from “The Lucky One.” Moments that I felt like I’d rather quit and disappear because things weren’t as glamorous and fun as I thought they would be.

But, I feel like I have to take this moment to thank my frenemy, Ryan Haley. I know it’ll be odd for our fellow colleagues to see me be nice to Ryan, as we have spent most of the last year and a half throwing harmless jabs at each other and speaking strictly in sarcasm.

However, I can’t write this goodbye without saying thank you to him for being my pseudo-therapist, partner in misery throughout baseball season, and most of all, my friend.

While I'm on the subject, I’d like to thank some other important people I’ve met at The Alligator.

A special thanks to River, Christian Ortega and Payton Titus for hiring me and giving a writer with no experience a chance to grow within this paper. I’d also like to give shoutouts to Karina Wilson, Kaitlyn Wadulack and Brenda Bogle for being the ultimate girl bosses in sprots this semester.

And, of course, thank you to the fall 2021 staff who helped me achieve my final goal here… making Ryan finally watch High School Musical.

So, here it is, “The Last Time” I say goodbye to The Alligator. I found a “Holy Ground” here, and although “We Are Never Ever Getting Back Together,” I know that because of all of you at the paper, “Everything Has Changed” for me forever.

Goodbye, from a 22-year-old writer who is still happy, free, confused and lonely at the same time and in the best way.

Here’s to always remembering it “All Too Well.”

Sara Kate Dyson was a sports writer at The Independent Florida Alligator. You can follow her on Twitter @sarakatedyson. 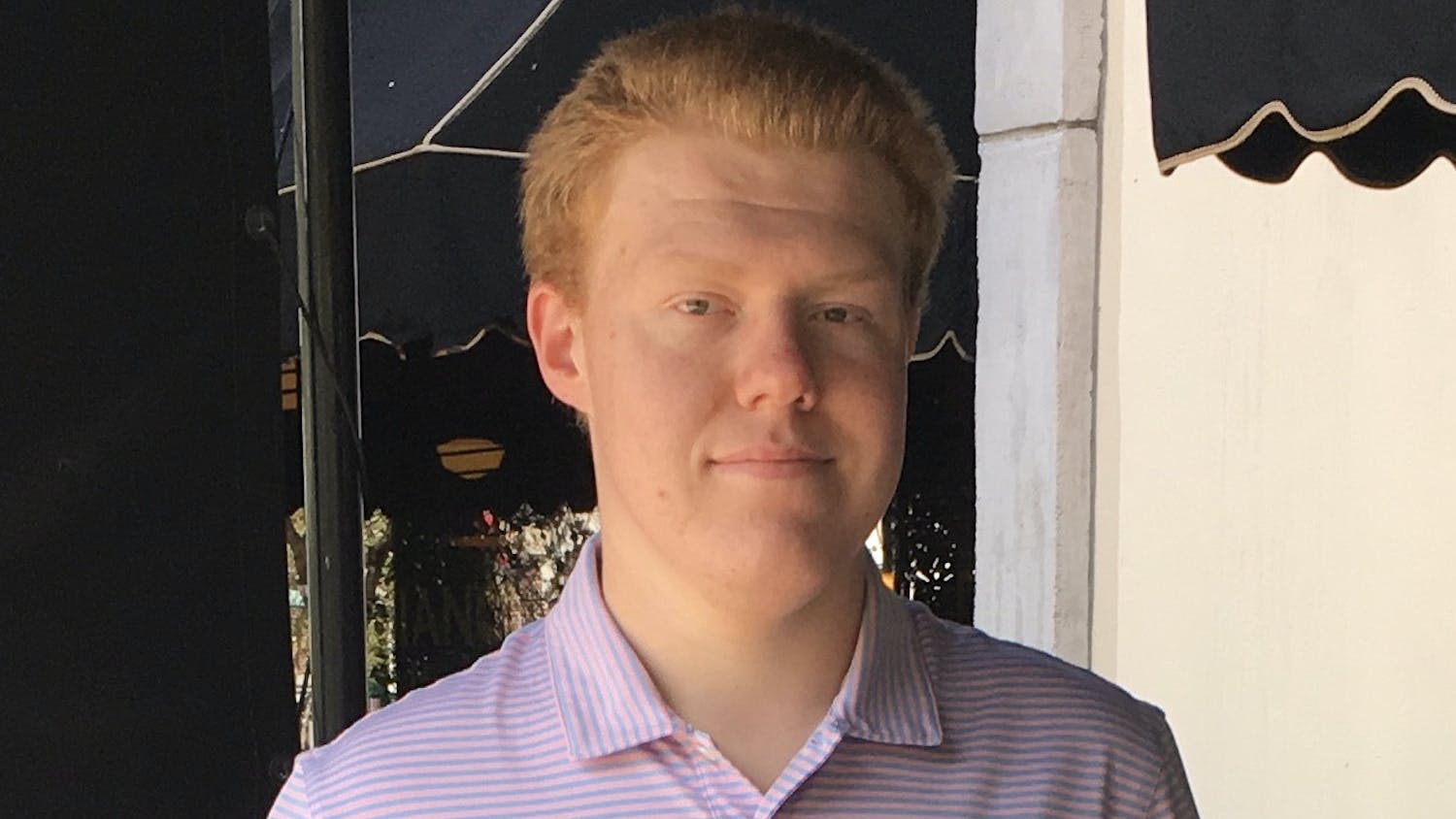