To understand the Rosewood massacre, first we must remember its impact.

This month marks 100 years since the event that destroyed a thriving predominantly Black community in the Jim Crow South. As an injustice to Black Floridians statewide, its importance strikes relevance today more than ever.

A hundred years ago, white supremacists from neighboring areas terrorized the individuals within the town of Rosewood, Florida, which lies just under 50 miles west of Gainesville.

Resulting from a claim concerning the assault of a white woman by a Black man, hundreds of Ku Klux Klan members left a Gainesville rally to storm the area, killing at least six individuals within the community.

Churches, homes and places of refuge were some of the areas burned by the KKK during this horrific attack. Though their goal may have been to destroy the town, the sudden displacement of countless individuals displayed residents’ unwillingness to give up hope for a brighter future.

But at the time of the massacre, this tragedy wasn’t fairly represented in local media.

On Jan. 6, 1923, The Gainesville Sun — then The Gainesville Daily Sun — published an opinion piece setting the tone for the paper’s coverage of the Rosewood massacre. At the time, one of the outlet’s editors was openly a member of the KKK.

In a short blurb positioned under the masthead, the piece described the attack as the result of a “criminal assault on an unprotected white girl,” writing that as long as these crimes continued, “lynch law will prevail, and bleed will be shed.”

But a century later, The Alligator disagrees. Instead, we’re committed to fairly and accurately covering racial tension as it persists in north central Florida and beyond — dealing with tragedies like the Rosewood massacre.

Though the massacre may seem far gone, it lingers as harrowing local context for racial justice issues that our country has only begun to reconcile with or look straight in the eye.

Descendants like Lizzie Robinson Jenkins, the founder of the Real Rosewood Foundation who now lives in Archer, Florida, where her family fled after the massacre, are living reminders of the tragedy’s lasting impact.

In 1982 — just over 40 years ago — coverage of the Rosewood massacre shifted. That year, St. Petersburg Times reporter Gary Moore published an investigation spotlighting the erasure of the predominantly Black town rather than focusing on the alleged crime that spurred the attack.

But newspapers have failed the Black community before — especially in their real-time coverage of Rosewood.

A white Associated Press reporter covered the massacre as a peaceful encounter where police asked around about the alleged attack. This was the narrative pushed out to the world through the nation’s leading wire service.

Media buried the town’s history and kept it in silence for over 60 years, a mistake we are committed to never repeat again.

It’s our responsibility as a newspaper run by young adults to keep Rosewood alive — to reconcile with the past, to acknowledge how previous generations failed to show tolerance and to honor those we’ve lost.

Learning from history is the only way forward. And actions taken to come to terms with these injustices have continued as well.

As recent as 2020, leaders took bipartisan efforts to ensure the protection of Rosewood. In House of Representatives Bill 8502, Rep. Ted Yoho, alongside numerous Floridian co-sponsors, introduced the Rosewood Study Act, which would make the site a national landmark. Though no current action has been taken, in a succinct statement, the bill states, “Our society cannot be complacent in senseless acts of violence. In order to learn from history, our society must make sure to remember it.”

Alongside national legislation, prominent work has been established through the Florida House. Enacted in House Bill 591, the Rosewood Family Scholarship Fund provided $150,000 to survivors, alongside post-secondary scholarships to surviving students.

Within the past few years, laws such as Florida’s Gov. Ron DeSantis’ “Stop W.O.K.E. Act” have restricted public education related to racism. However, experts — and even college preparatory nonprofit College Board — continue to advocate that discussions around racism should have a space in classrooms nationwide.

Coverage of racial injustice has changed and will continue to as a new generation of journalists mostly utilize a framework more concerned with justice and diversity.

Rosewood will again disappear from headlines after its centennial. But what lingers is hope for fair, realistic coverage of the realities of what it means to be Black in this country. 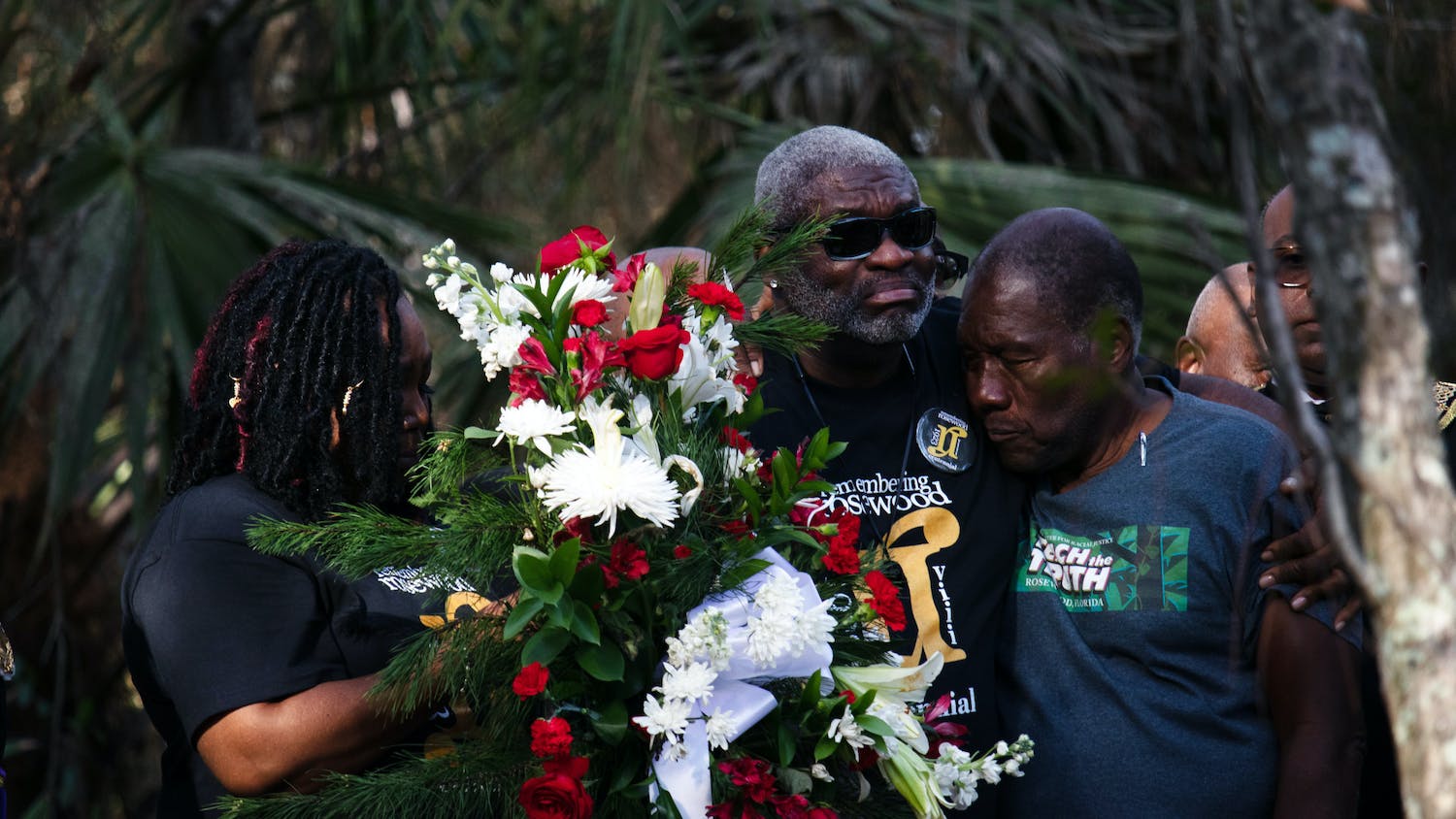 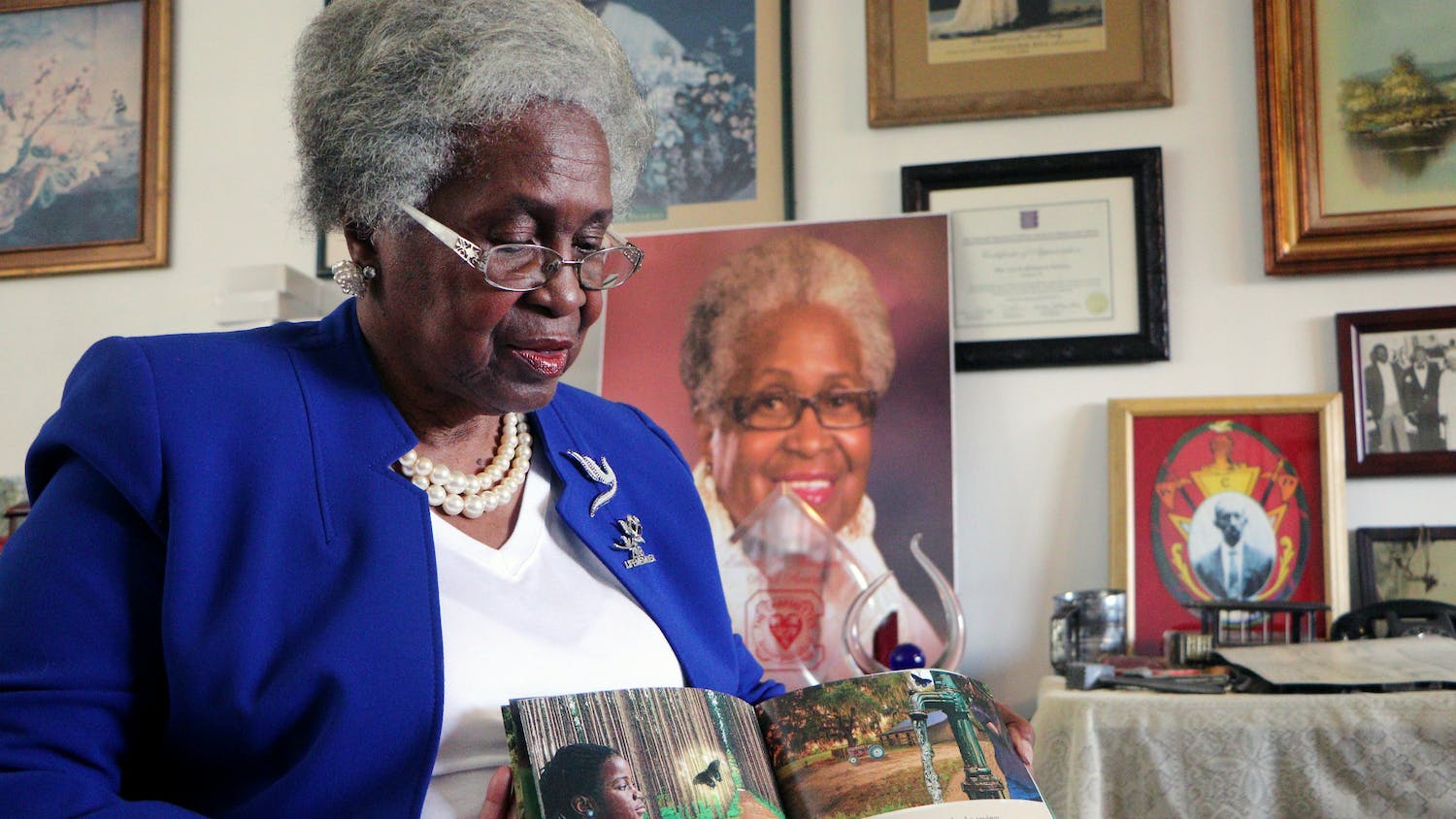 Rosewood descendant ‘Miss Lizzie’ shares her story with next generation