On stage at The Laboratory, Tom Miller, clad in a red button-up shirt, hunches over his typewriter, his face hidden behind his sunglasses and a frayed straw hat.

He often likes to write before a show and last Monday night was no exception. It was the first Tom Miller Summer Unspectacular Show, an open mic event that collects a diversely talented crowd from UF and the Gainesville community into The Laboratory, a cafe of science, located at 818 W. University Ave. The show is held at 9:34 p.m. every Monday night and will continue for the rest of the summer.

“I don’t want anything ordinary,” said Tom Miller, the show’s organizer and host, regarding the talent going on stage. “It needs to either kick ass or it needs to suck so bad that it finds its own remarkable qualities.”

A writer, artist, musician and activist, Miller’s diverse career includes a run for Gainesville City Commission. He was the bass player for six bands, including Middle Earth, Penguin and Plastic Age, and the writer and director of more than 75 independent VideoFilms. He once did a 17-hour reading of Truman Capote’s “In Cold Blood,” and he participated in a Naked Press Conference to announce a fundraising drive for the Gainesville Community School of the Arts.

The Summer Unspectacular Show is a continuation from a previous open mic night held on Monday nights at The Laboratory. When organizers asked Miller to take over the event he jumped on the idea.

“I always thought it was the most interesting night in Gainesville because everybody is so different,” he said. “Basically if everybody is there, I don’t want to be there.”

This spirit is clearly reflected in the show, and 12 people gathered to celebrate talent in its many forms.

As the performers took their turn on the stage, each conveyed a much stronger purpose for being there than just to enjoy their free shot at fame.

Stand-up comedian Chayce Fourwinds, also known as “Lady Chayce,” went on, not only for his act, but also to show people that after years of being a performer he does not plan on slowing down.

“As long as I can walk, I want to turn around the world and make it think,” he said. “If the kids can see me, I want them to know it’s not over until you say it’s over. It was a choice for me tonight – to come out here and live, or to sit at home and die and watch ‘That 70s Show’.”

Bucket-drummer James Wesson simply enjoys hitting things and longs to “bang the drums” during every performance, including the poetry readings.

“You do seem to go through a catharsis during your shows and that’s very entertaining,” remarked musician Marc Borsan as he spoke to Wesson after the show.

Poet David Maas, poet, entertained the audience with one serious and one fun piece in an attempt to “keep things a little bit light.”

“I think the show is a good opportunity for people to come out and get their art out to a wider audience,” Maas said. 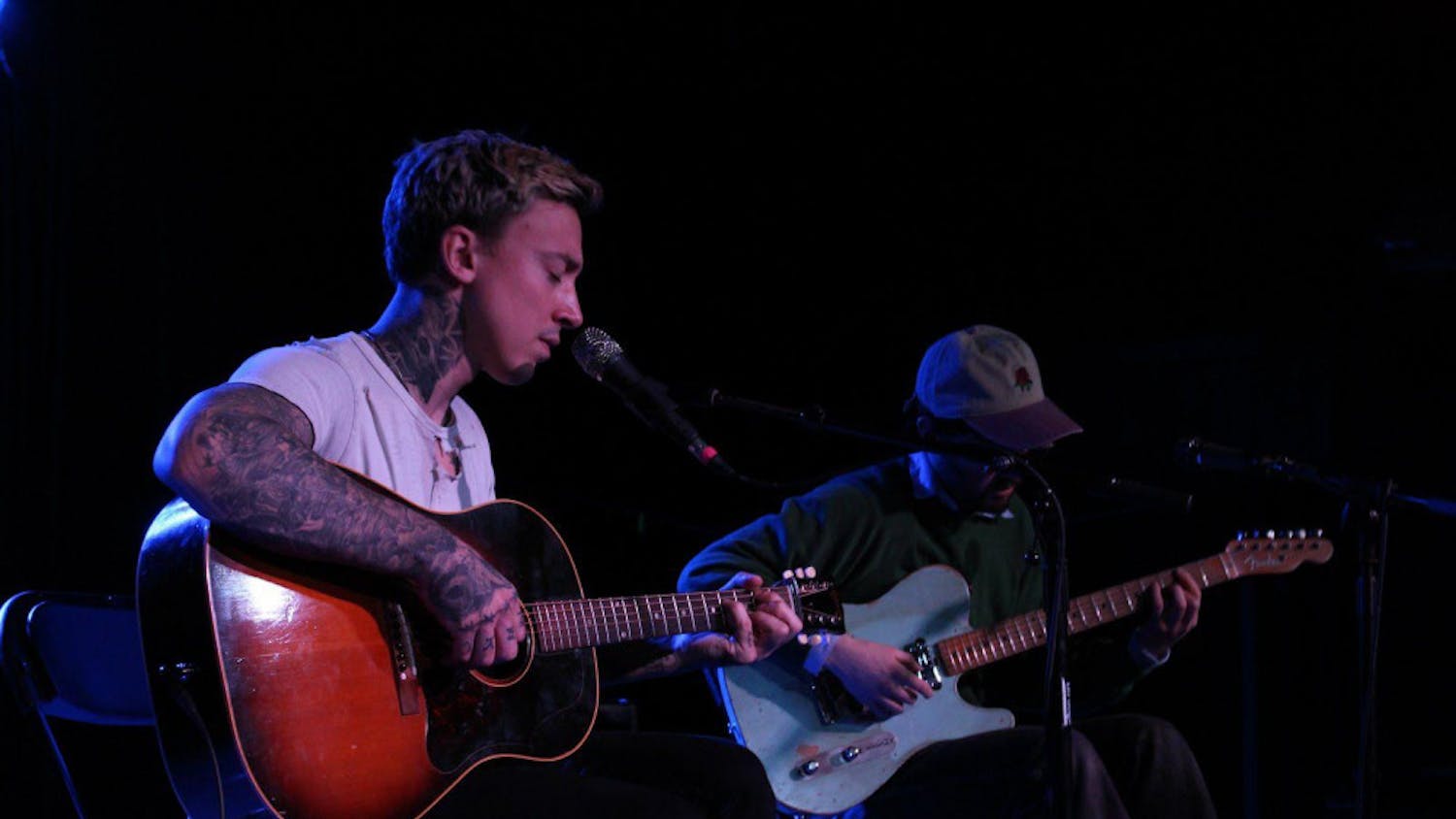 My major is none of your concern