According to a Gainesville Police report, at about 9 p.m. Sade Ferguson, 21, and eight juveniles went to the apartment of a minor with intentions of assaulting her because she said she didn’t like the Wolf Pack gang on Facebook.

Ferguson and her accomplices are members of the gang, and when they arrived at the girl’s apartment, the suspects were carrying rocks, bricks, sticks and a baseball bat, the report stated.

GPD officers were already at the residence investigating a related stalking case when the gang members arrived. They saw the officers and tried to run away, but they were caught and arrested.

Ferguson refused to speak, but one of the juveniles admitted going to the house with the intention of attacking the girl with the bricks and stones.

Ferguson was charged with one felony count of conspiracy and eight misdemeanor counts of contributing to the delinquency of a minor. 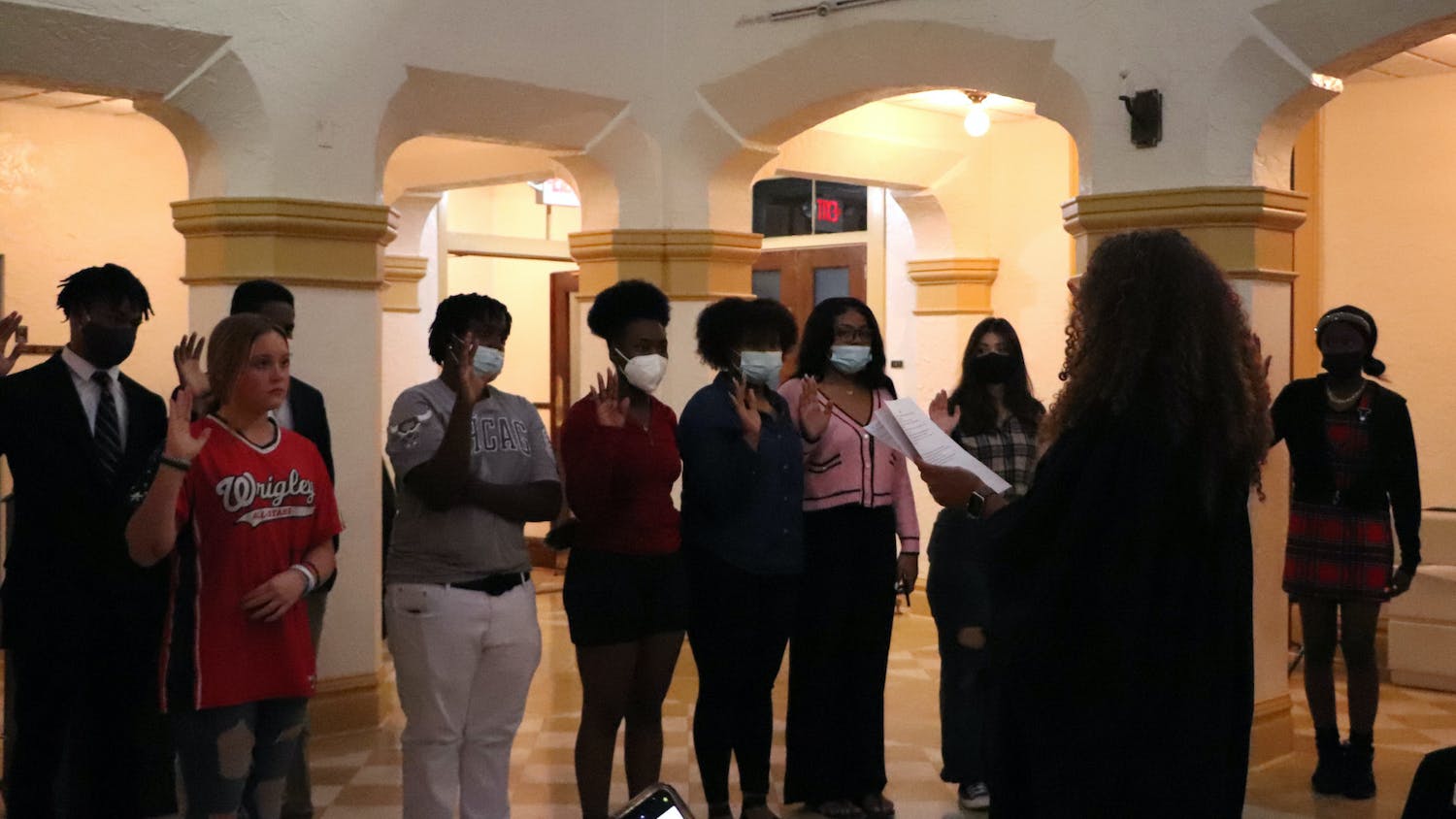