There is magic in crossroads. In folklore, places where paths meet have been the site of spells, life-and-death decisions and deals with the devil. Historically, they have been places to meet for public debates, announcements, hangings, weddings, wakes and dances.

Centered at the intersection of two state roads and four counties, sits Chiappini's - Melrose, Fla.'s stage for such happenings.

There, where State Roads 26 and 21 and Alachua, Bradford, Clay and Putnam counties meet, a white concrete block building with the family name hand-scrolled on the side resembles an old-style gas station.

Out front, bait coolers and newspaper racks squat behind gas pumps, framing the doorway like guards.

But crack the front door open, and you'll see the difference.

The smell of cigarette smoke and the murmur of heavy conversation lingers over the 200 to 300 people who walk in Chiappini's door every day.

A hand bill for the store reads "Chiappini's. Where good friends and cold beer go hand in hand!"

From the tops of drink coolers, a taxidermic display of Florida wildlife - bobcats, foxes, possums - sneers down at patrons. Deer heads, boar heads, alligator heads and even a jackalope head peer from the walls.

By 5 p.m., the usual crowd rolls in from work. The conversation, glued together by nicotine-drenched air, could hold up the baked beans, bleach, fishing hooks, lures and worms that line the shelves.

This is where commissioners, senators and other lawmakers come to take the pulse of the community. Melrose's politics, concerns and troubles constantly bounce around in conversation.

Behind the bar, Mark and Rob Chiappini, grandsons of the original owner, manage the extravaganza.

Mark is the only one there today. He is about 5'6" with a wiry build and usually wears glasses, a bright-colored fishing shirt and khaki shorts. His dusty tennis shoes match the color of his hair and broad mustache.

He greets almost everyone who opens the door by name. He knows everyone's story and what that person usually buys on his or her way home - sometimes before they know what they want.

One man walks in and Chiappini has a box of American Spirit cigarettes, the man's usual choice, waiting on the counter before the door shuts behind him.

Set a drink at the register that's warm enough to sweat, and Chiappini will fish a replacement out of the fridge cold enough to sting your fingertips while you sip it.

While chiming in on the latest conversation, which has just switched to one woman's trouble with her Chevy Suburban, Chiappini is jolted by the sight of a car pulling up to one of the gas pumps.

He scurries dutifully out the door to a waiting BMW. The store is also a full-service gas station.

He grabs a squeegee and starts cleaning the woman's windshield, greeting her.

"Y'all enjoying this beautiful day?"

When passersby come inside, as they frequently do, to buy beer or any of the other merchandise in the store, Chiappini is quick to show them around.

And if they are looking for something that can't be found in the store, the regulars are there to point them toward any of Melrose's local businesses.

Sometimes, newcomers are directed to a bulletin board that hangs near the door where more than 100 business cards are tacked up advertising everything from drywall service to tattoo parlors to tree-felling businesses. These are usually put up by the regulars in the bar to attract customers.

Also drawn inside is a man who has just walked in the door without shoes, only socks, having abandoned his waders in his truck outside.

He wants to know what worms, hooks and lures Chiappini prefers to use in nearby Santa Fe Lake.

"You out there in the weeds?" Chiappini asks.

"Let me show ya," Chiappini says as he leads the man to a wall lined with fishing gear.

He breezes through a klatch of about a dozen patrons who are drinking beers - the most notable difference between Chiappini's and any other convenience store.

Because it was built in the 1930s and has been family owned since, Chiappini's was grandfathered in under an old law that permits patrons to purchase an alcoholic beverage, open it and drink it anywhere on the premises, in or outdoors.

One of the women sitting on one of the four steel bar stools says Chiappini looks stressed.

She is trained as a massage therapist and offers Chiappini a back rub, which he accepts graciously.

She is one of the dozen or so people with whom he exchanges back pats and cheek kisses. These are also the only people allowed to run a bar tab.

"That's the only reason they let me charge stuff up here is because I rub on their shoulders," she says.

Chiappini is quickly jerked from his massage and back to work by one of the regulars.

While some of the regulars work blue-collar jobs during the day, usually coming in the store still wearing oil- or paint-smeared work shirts, Chiappini said he gets a blend of people. "Doctors, lawyers and ditch diggers."

A group of men sits in the back of the store, huddled around an arcade bowling machine, placing bets and cutting up, ignoring the "No Profanity" sign on the wall behind the counter.

In another corner of the store is a pay phone bolted to a support column.

Brian MacDonald, a 70-year-old man who some call the mayor because of his normally serious and reserved disposition, remembers the last time he got a call on that phone.

It was a Saturday morning and his wife had asked him to mow the lawn while she slept in. But MacDonald knew his buddies would be at Chiappini's sipping beers while he worked.

So, he parked the mower under his wife's bedroom window - still running with a convincing loud hum that said he was still working - and popped over to the store for a cold one.

A cold one turned into a cold few, and later the phone rang.

He hung his head and left. When he came back, "the boys," as he calls the regulars still situated around the bowling machine, ribbed him about it.

One of them, Eddie Joe Parrish, waits for his turn to bowl while other locals add to the line of cold Natural Light bottles on the shelf behind him. Today is Parrish's 54th birthday. This is just one of 30 years worth of afternoons he's spent at Chiappini's on his way home from work at North Florida Evaluation and Treatment Center.

He comes in almost every day to chime in on local conversation and to get his news about town happenings.

"If you want to find out about anyone in Melrose, you come here and ask," he says.

On Saturdays, he works at Chiappini's and is usually awake at 7 a.m. counting minnows for customers on their way to fishing trips. The store is a convenient midpoint on Highway 26 between Gainesville and Crescent Beach.

But today, he's just here to be with his friends and drink a few beers before heading home for a birthday dinner of pizza.

By now, it's almost 7 p.m., closing time for Chiappini's.

Mark Chiappini announces last call from behind the counter as patrons bring their unfinished beers and conversations outside to sit and talk by the bait coolers in the blue glow of a neon Bud Light sign in the window.

Before he leaves, Parrish points up to a set of clay figurines made by a local artist on top of one of the drink coolers. The figures sit around a bar, mimicking the scene below. Some are modeled after the regulars.

"You know what's so real about them, though?" Parrish asks. "They all have their mouth open." 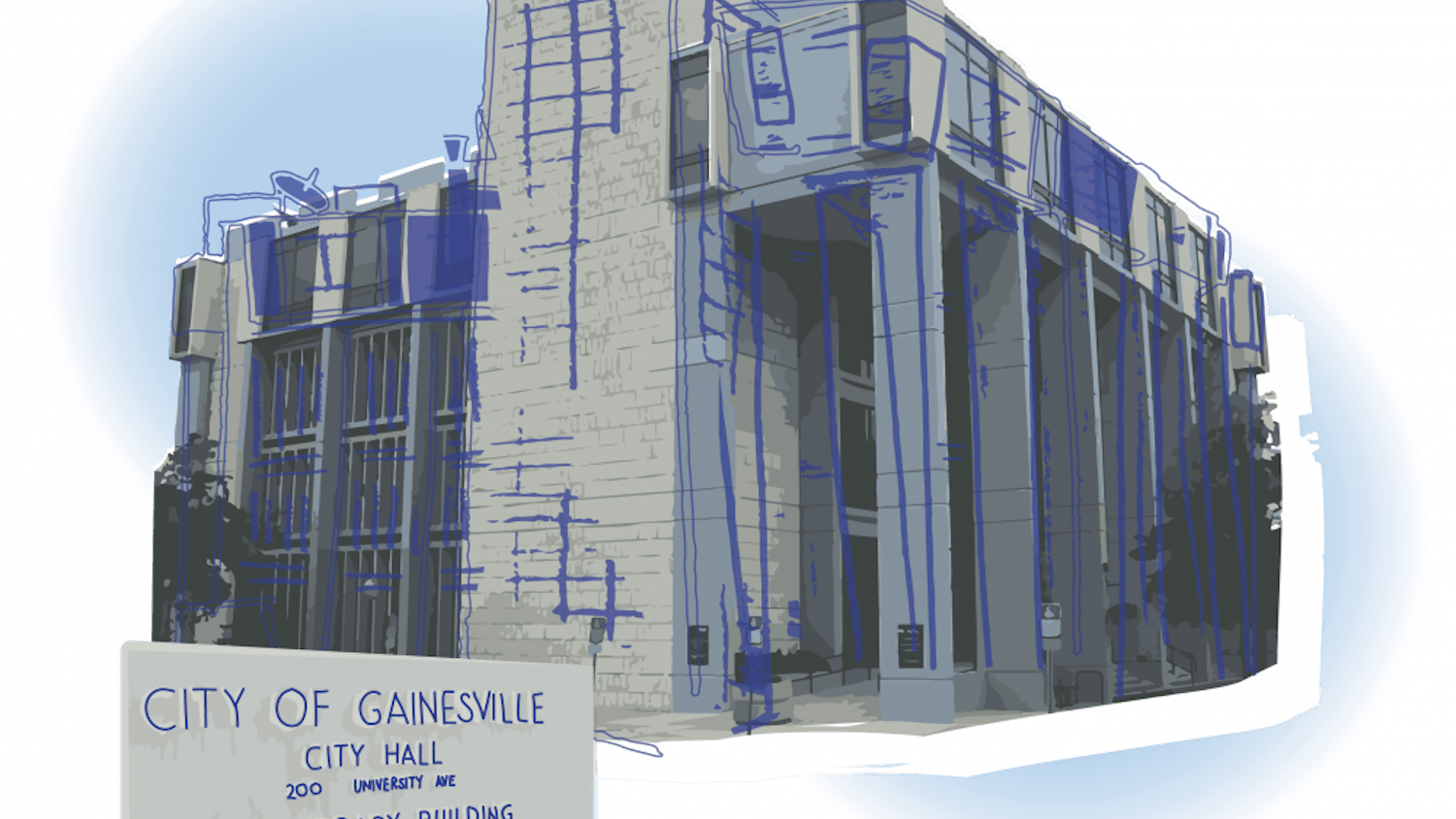 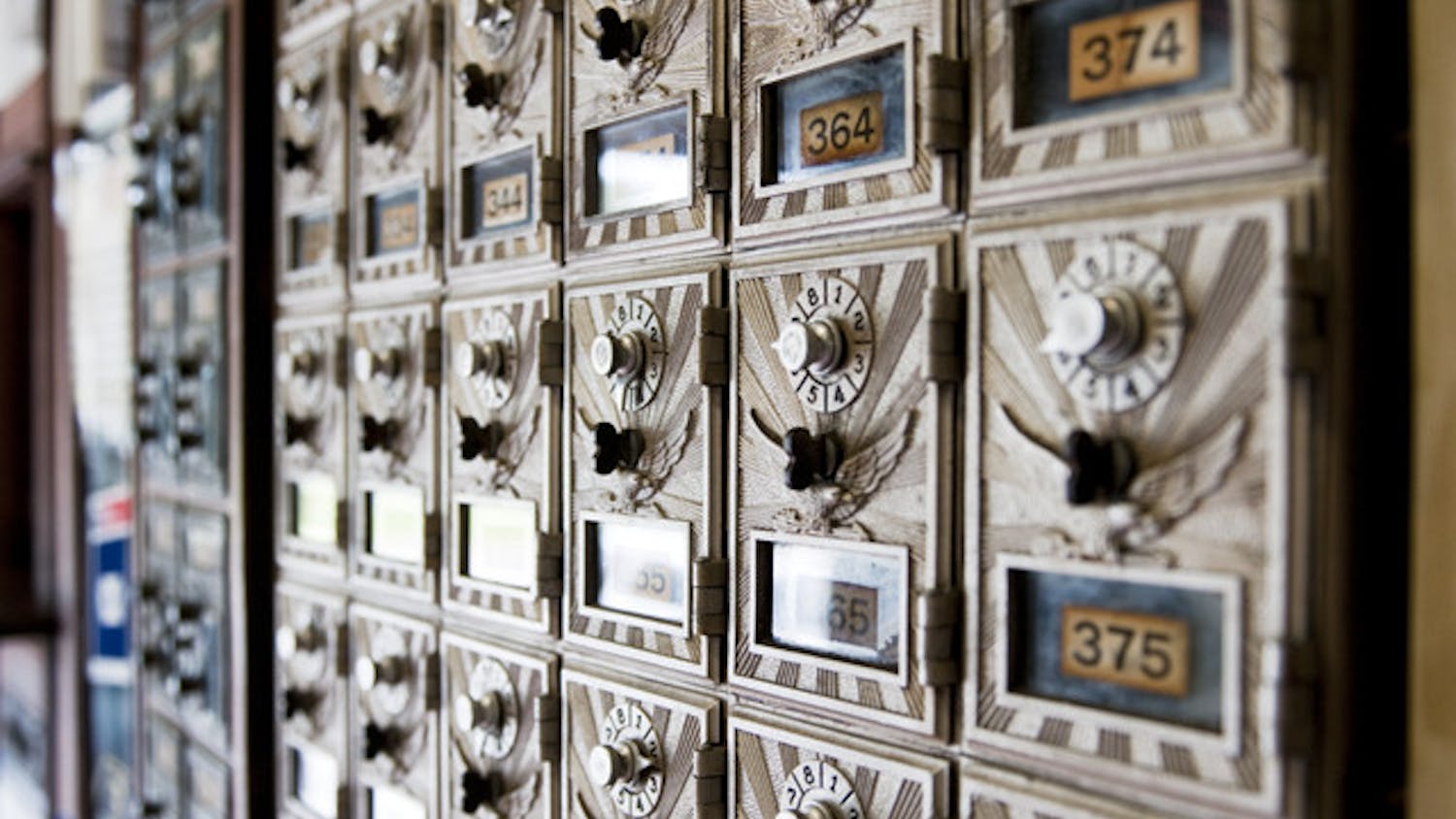