Ghost hunters use tech to reach out to spirits

TRENTON — The Old Gilchrist County Jail has not been running for about 45 years, but owner Arlene Hale, 65, said its spider-laced walls are still very much alive with the nonliving.

“We are paranormal investigators,” Hale said of the Old Gilchrist Jail Ghost Hunters. “I knew the spirits were here. I could see them, and I could hear them ... But that’s not why I bought this place. I’ve always liked weird things.”

So when a friend put an abandoned jail on the market, she jumped on the opportunity.

During a recent tour, Michelle Masters, a local pharmacy technician and one of the ghost hunters, shined a dim red light through the cobwebbed corridors, explaining that each cell has a story.

She struggled to open the loud gate into what the team calls Cell One.

“If you feel something touch your butt, that’s Sam,” she said. “Sam loves women.”

Hale said she believes there must be hundreds of spirits trapped in the walls of the jail.

“I don’t think we’ve met them all, but I know of several we’ve met,” Hale said. “They tell us their names with the EVPs.”

To communicate with ghosts, the team asks “yes” or “no” questions while one member holds the two roughly foot-long rods.

Masters said if a spirit answers with “no,” the metal rods point straight. If “yes,” they cross.

The last of the cells visited during the tour was Cell Eight, which still has the original, rusted-metal bunks suspended from its walls.

Hale said after years of collecting data, the spirits have become comfortable with the team.

“We won’t stay if we feel like they don’t want us in there,” she said.

Upstairs from the top bunk in Cell Eight, a team member asked any spirit in the room to make itself known. The dowsing rods remained straight.

The quiet black cell then resonated with the question, “Are you angry that we’re in your room?”

The rods, visible by the red light of one of the member’s flashlights, shot together.

Cell Eight was quickly emptied of every ghost hunter. 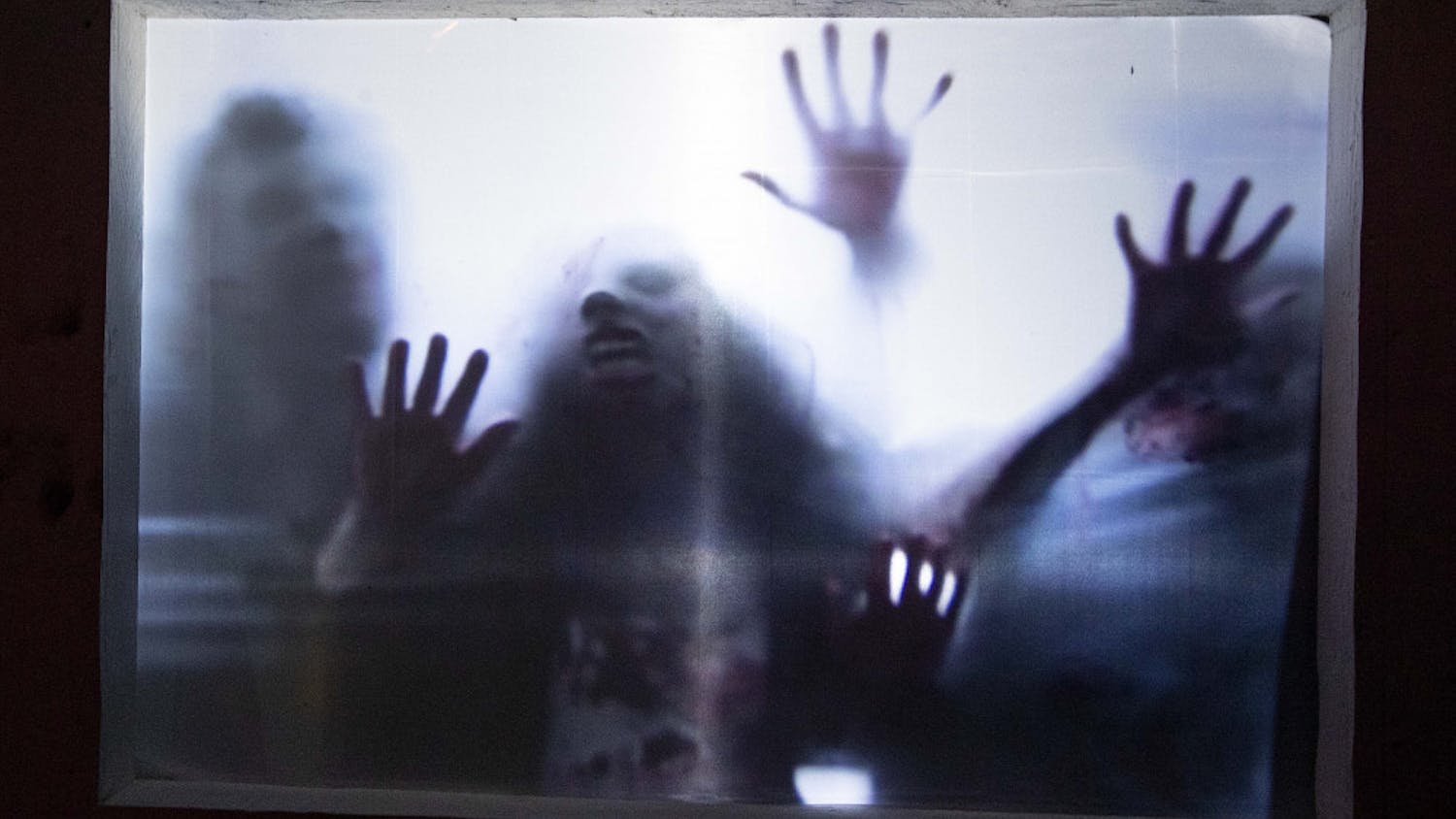 To All the Boys I’ve Ghosted Before