To All the Boys I’ve Ghosted Before

Picture this: you’re going through your dating apps for the third time today hoping to find something real. After swiping left on every guy with “here for a good time, not a long time” in his bio, you find him. He has no bad tattoos, no sleazy pick-up line and, most important of all, he’s not holding a fish in any of his photos.

As Farmer Hoggett says to his pet in the movie “Babe,” “that’ll do pig, that’ll do.” You swipe right. It’s an instant match.

After going on a few dates, the lack-of-fish charm begins to wear off. Things start to get boring with him, and you find yourself missing that sweet, melodic sound of matching with someone on Tinder. It’s time to end things. You decide to screen his calls, ignore his texts and move on with your life feeling free and relieved.

For those who don’t know the term, “ghosting” refers to the act of terminating a romantic relationship by cutting off contact with the other person completely, almost as if the relationship never existed.

In a study by Psychology Today Magazine, 20 percent of participants admitted to ghosting someone. By those stats, one of every five people has ghosted someone at some point in their lifetime.

So why do people ghost? Because it’s easy, and millennialism is all about working smarter not harder. At an age where it seems everyone is anxiety-prone with self-esteem issues, formal breakups can be soul-crushing even at a casual level. Ghosting lets the relationship end in a neutral place where things aren’t positive, but they’re not necessarily negative either. It’s the purgatory of romance.

While it might be the least energy-consuming way to end a relationship, is it entirely guilt-free? It depends on the situation. In this case, and in other short-term relationships, ghosting provides a way to send a message (metaphorically, of course) without making things too emotional. Sometimes people just don’t click. If the relationship was not formally defined as an exclusive relationship by both parties, disappearing with no notice is a fine choice. If they’re not your girlfriend/boyfriend/partner, then their title won’t change when you decide to leave them.

On a more serious note, ghosting your partner from a long-term relationship is unacceptable. If a person has spent the time getting to know your favorite movies, most embarrassing stories from childhood and your preferred place to grab Boba tea, you should spend the time to give them an explanation. Face-to-face interactions are not just highly recommended but mandatory. It might be uncomfortable, but it shows the other person that, although you no longer wish to be with them, they are still deserving of your respect.

To quote Neil Sedaka’s hit song from the ‘60s, “Breakin’ up is hard to do.” It’s pretty awkward most of the time, and someone always ends up crying. But it doesn’t have to be terrible. If you’re breaking up with someone, plan what you’re going to say beforehand. No one likes breakup conversations, especially impromptu ones. If you are being broken up with (or once you realize it) take your time in responding. Think up any burning questions you might have for that person, because you might not have a chance to ask them in the future. That relationship, failed as it may be, is just a chapter in your book of life.

Being a “ghost” doesn’t make someone a bad person just like being ghosted doesn’t mean someone is not worthy of being loved. Whether you’re ghosting someone or getting ghosted yourself, the healthiest thing to do is not dwell on the situation but think of the good times that have happened with that person instead.

In other, more dated words, keep calm and swipe on.

Amanda Martinez is a senior telecommunication major. Her columns appear on Tuesdays.

Enjoy what you're reading? Get content from The Alligator delivered to your inbox
Subscribe Now
Support your local paper
Donate Today
The Independent Florida Alligator has been independent of the university since 1971, your donation today could help #SaveStudentNewsrooms. Please consider giving today.
Popular
Gainesville police search for suspects from last week’s Green Apple Liquor shooting
Gainesville’s FEST gearing up for its 19th year
Person responsible for vandalizing Institute of Black Culture sign still wanted by UPD
Two Newberry High School students to be charged as adults in connection to bomb threats
Gainesville Police Department to destroy guns collected through buyback program
Tweets by TheAlligator
Calendar
No events at this time.
Submit an event
More 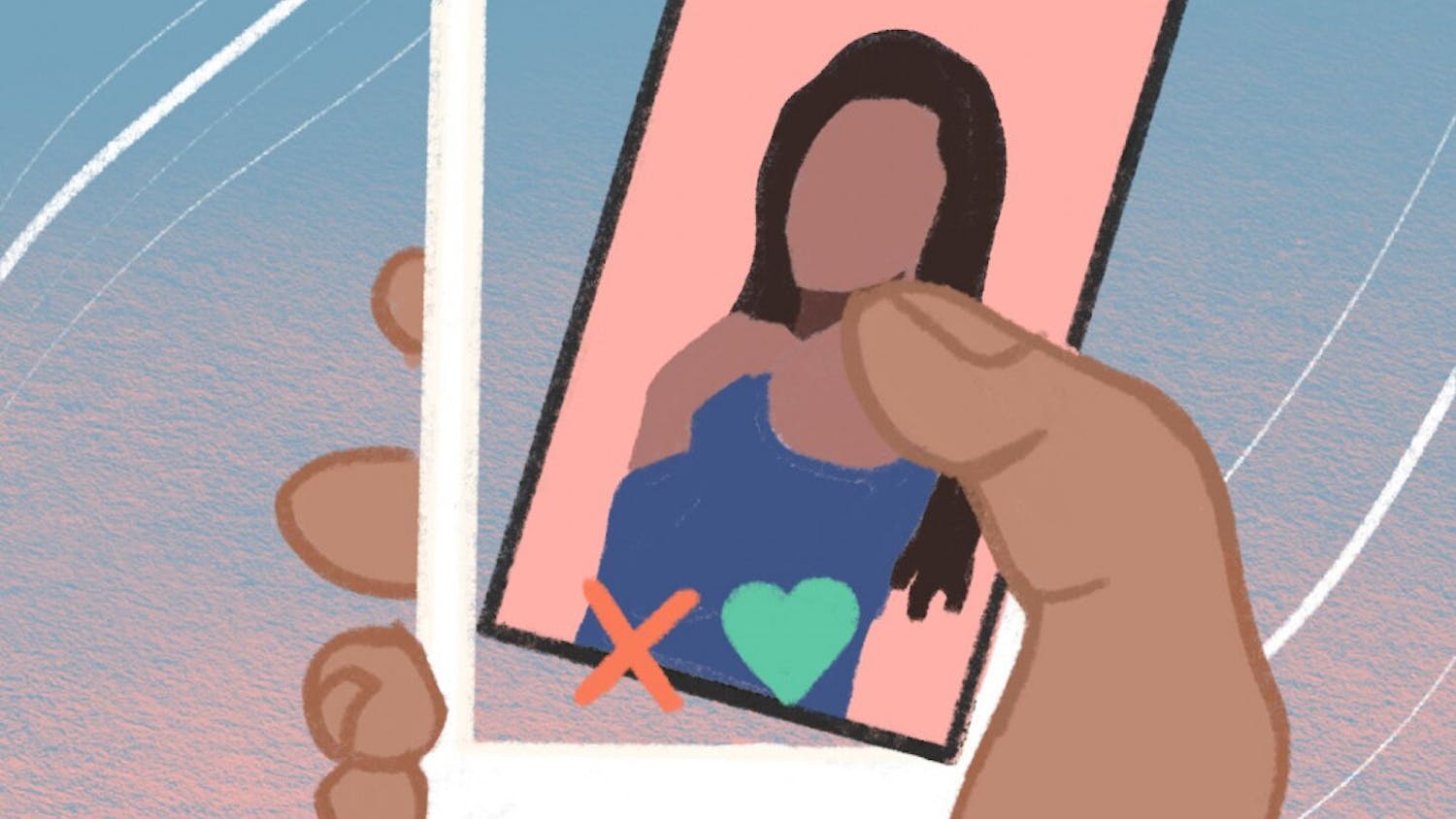