When about 1,800 Gators walked into the Phillips Center for the Performing Arts on Thursday, they had no idea they would be getting a show from both Bill Nye and Neil DeGrasse Tyson.

Nye, a renowned scientist and TV personality, was met with multiple standing ovations as he Gator chomped his way into the audience’s hearts.

At the Q-and-A session immediately following the hour-long talk, a student asked Nye about the scientific accuracy of the movie “Gravity,” a question Nye decided was worthy of an answer from his friend “Dr. T.”

Nye called the popular astrophysicist, who was speaking to a crowd at Ohio State University, and put him on speakerphone, where the pair joked about the two schools and “Gravity.”

Nye concluded his conversation with a jab at OSU, saying, “If a Buckeye meets a Gator, that’s right: chomp chomp.”

He spoke about telling time on earth and beyond, and his father’s obsession with sundials.

“Reckoning time has changed the world more than the wheel,” he said.

Part of his lecture included his personal experiences with Spirit and Opportunity, two Mars rovers, the impending issue of climate change and his brief foray into word “invention,” all interspersed with anecdotes from his past and personal life.

The “edutainer” mentioned his electric car and solar-paneled home, and his hopes that the world will embrace renewable energy and other “crazy ideas” from students like those at UF.

Another student asked Nye about his favorite episode of his famous show, “Bill Nye the Science Guy,” but Nye, who was paid $40,000 to speak, said picking a single episode was impossible. However, he said getting to ride in the Blue Angels’ airplane was “pretty cool.”

Steven Ceron, an 18-year-old UF mechanical engineering freshman, said he remembers that particular episode and that the rest of Nye’s talk was “incredible” and “very entertaining.”

“I always watched all of his episodes, and, now I’m a mechanical engineer,” said the self-professed huge fan of the show.

Many students said Nye was their inspiration to go into STEM fields, and Megan DeBari, a 20-year-old UF biomedical engineering sophomore, was no exception.

“It was definitely the beginning of my science track,” she said. “He’s really entertaining, and hearing more about his personal life was really interesting.”

The Accent Speakers Bureau hosted Bill Nye at the Phillips Center for the Performing Arts in 2013. Nye spoke to a full house about sundials and outer space. 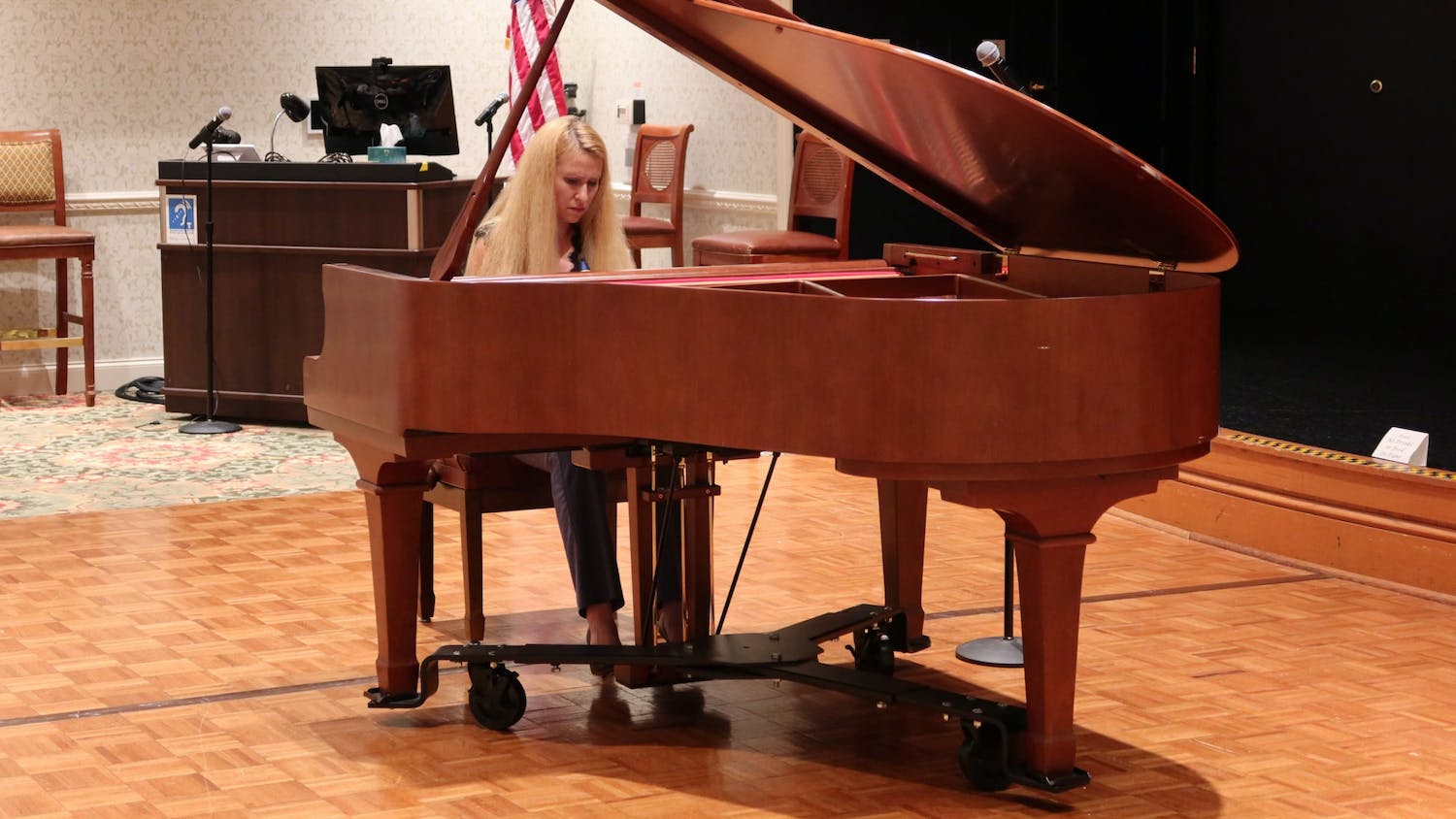