Happy spring semester, Gators! With this blog, I'll talk about cool stuff that’s happening in the science world, whether it’s near, far, wherever you are (does the heart really go on, Celine?). I also want to hear from you! If there’s a subject you want me to explore further, let me know with a comment below or send an email to The Alligator blog editor at lchan@alligator.org. Now, let’s get to it!

Just around 6 p.m. at Paynes Prairie Preserve State Park, the faint glow of the sun’s rays grasped at the horizon. But that’s when the fun began. The face of the person next to you was obscured by the darkness (which made for fun games of Marco, Polo), but the views of the great beyond were magnificent.

With 1,891 registered attendees and cars still lined up at 8:30 p.m. along County Road 234, this year’s Stargazing at Paynes Prairie was surely record setting.

The s’mores and hayrides were big hits, but the stars of the event (yes, pun wholeheartedly intended) were the telescopes.

The most popular sights were the Orion Nebula, the Jupiter and its moons, and, of course, Earth’s moon. President of the Alachua County Astronomy Club, Andy Howell, 65, used one of his three personal telescopes at the event to view the moon, which was 4 days into its new phase. Howell noted that the diameter of the telescope, not the power, was most important—like with cameras, the bigger the lens opening, the more light gets in. The telescope that Howell used was 11 inches wide (think Subway’s $5 foot-long).

Richard Hennig, 42, was a newbie to the stargazing event. The new UF materials science associate professor manned the telescope that focused in on the Orion Nebula near Orion’s Belt. He said the nebula was about 1,400 light-years away, is about 3 million years old, and the gas and dust cloud is lit up by surrounding stars.

You can always have an informative and informal stargazing night of your own with the use of apps, if you weren’t able to make it out to the event. For Apple and Android users, there’s a free app called “Sky Map,” which can show you a real-time layout of constellations, planets, satellites and more. I use it all the time and it’s really helpful in settling an argument about exactly what that planet is.

If you’re willing to break the bank, for a whole $1.99 you can purchase “Sky Guide” for Apple devices. It gives extensive statistics about stars and planets, it’ll show you where certain sky-borne objects will be with a time-lapse feature and it can overlay constellations with the mythological characters they were named after. “Sky Guide” is also available for Android devices for $2.99.

When you do have a chance to view stars without the interruption of light pollution, I’d suggest getting a headlamp or flashlight that has a dim red light setting, which run anywhere from $20-$50. If you need to find something, the red light will allow you to see without the stark surprise of a super bright light and without taking a long time to readjust to the night.

The sky’s no longer the limit, so get out there! 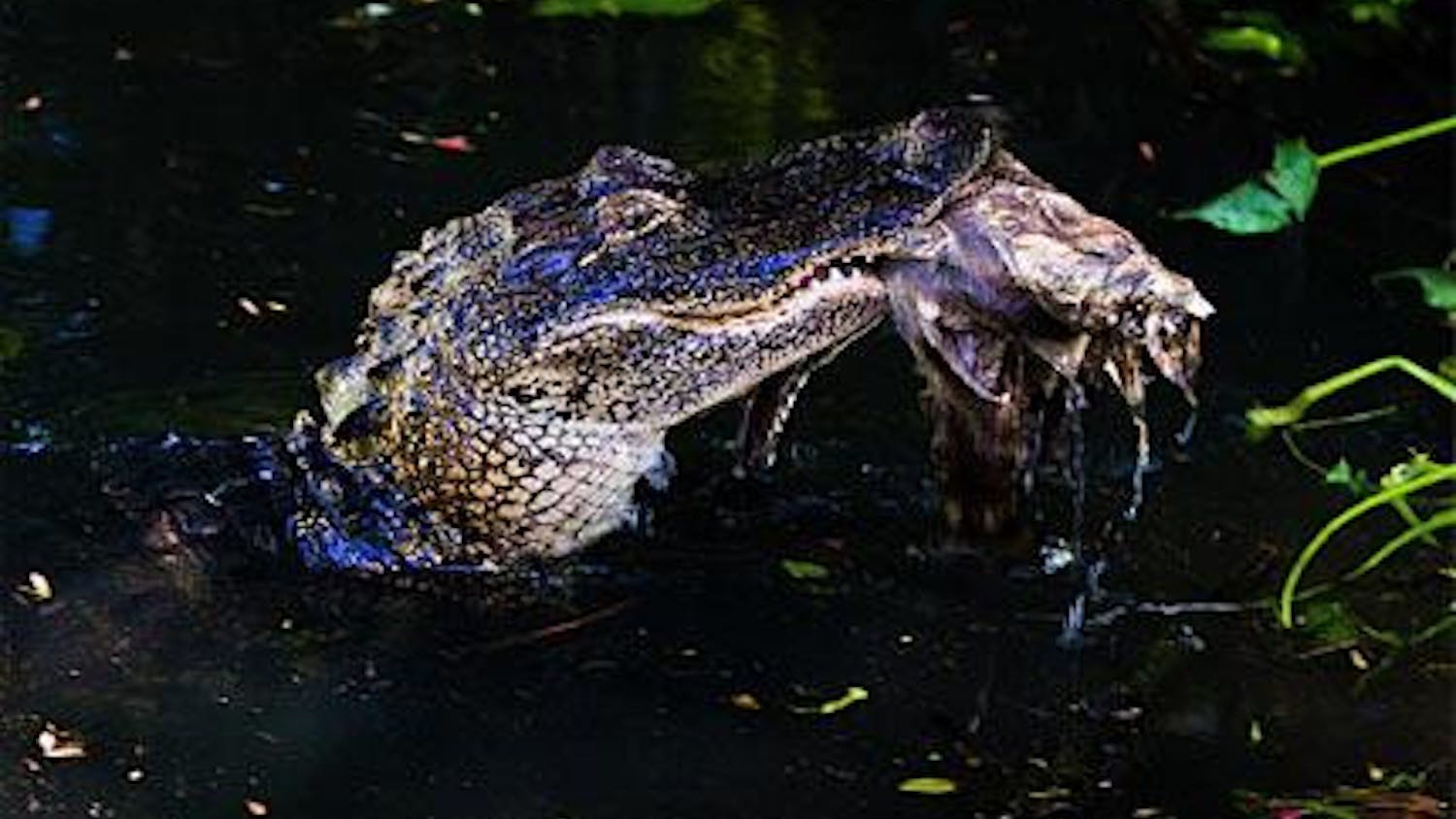 Love is in the swamp for alligator mating season 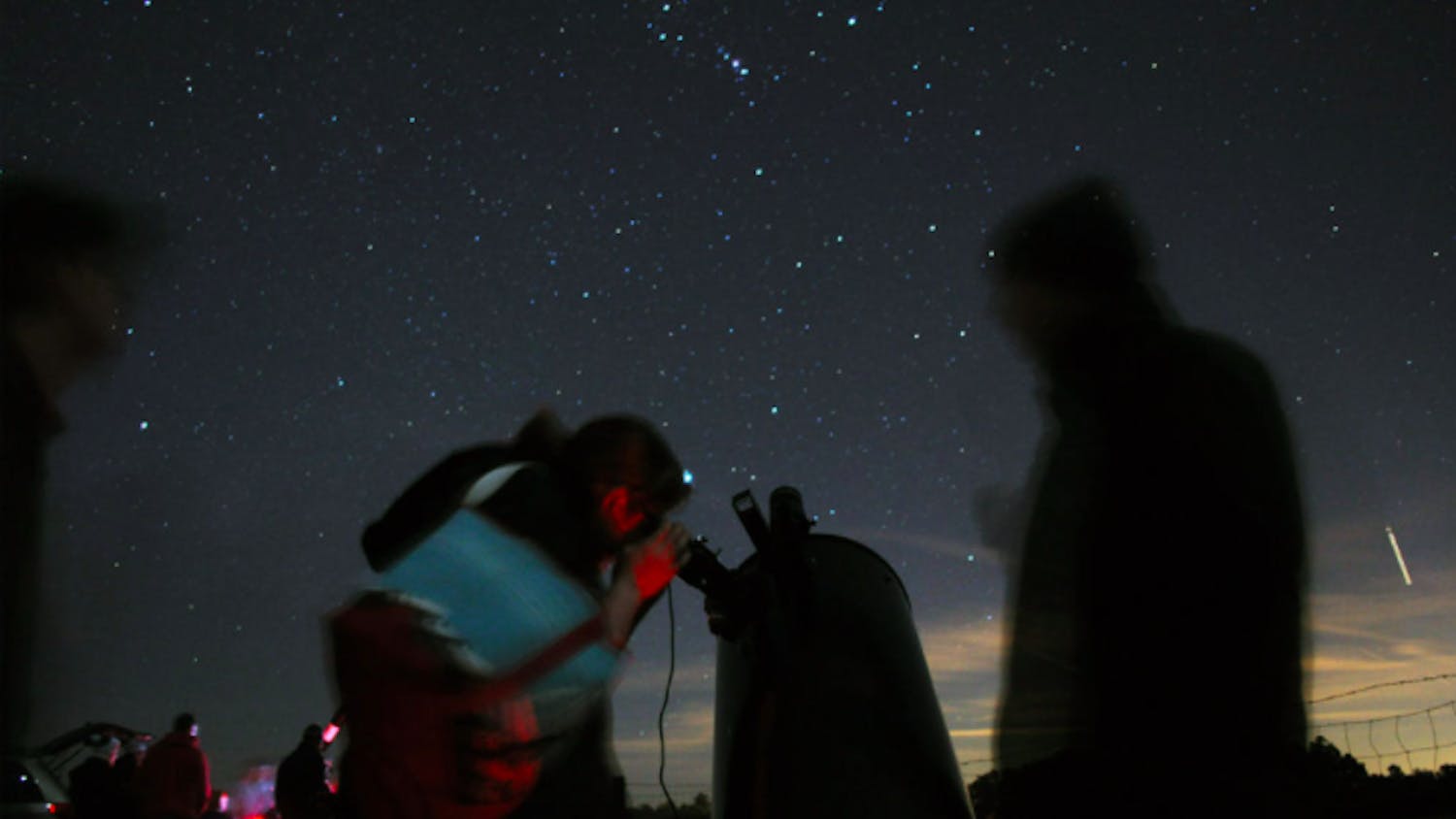