Skip to Content, Navigation, or Footer.
Donate Now
We inform. You decide.
Tuesday, January 25, 2022
Developing:
The latest news on UF’s barring of professors from testifying against the state
SPORTS  |  SOCCER

On that day in February 2013, a young Troccoli looked at her dad, Dan Troccoli, and told him, "I want that."

Evidently, assistant coach Alan Kirkup was of the same opinion, seeing the forward as an ideal fit in coach Becky Burleigh’s system.

"We always look for people who influence the game somehow," Kirkup said of Florida’s scouting strategy.

Recruited by Kirkup, who initially went to the 2012 Disney Showcase to look at another player on her club team — coincidentally named the Michigan Gators — Troccoli quickly caught his eye.

The Troy, Michigan, native was initially drawn to the Gators’ signature style of play: a possession-based system emphasizing constant ball movement in the middle of the field.

That’s the type of soccer the freshman has always embraced.

"I think I fit well in this system," Troccoli said.

Troccoli has excellent vision — a knack for seeing the game before it happens.

And now, the freshman is becoming a budding star for one of the top collegiate soccer teams in the country.

Early in her college career, Troccoli has already found success.

She leads all freshmen on the No. 5 Gators with 10 points this season, coming on four goals and a pair of assists.

Troccoli has made an immediate impact from her first start, scoring to put the Gators up 2-0 en route to a 3-2 upset win against then-No. 1 Florida State.

To put it simply: Troccoli has found success at every level of the game.

She has always wanted to play soccer, wanting to get better with each opportunity.

"As soon as she had a ball at her feet, she fell in love with (soccer)," her mother, Anne Troccoli, said.

She wanted to follow the path of her two older sisters.

Her oldest sibling, Victoria, 23, was the starting goalkeeper at Stetson University during her junior and senior seasons, and now plays at the University of Nottingham in England.

Sometimes, Troccoli would be a "guest player" on Amelia’s teams if they needed an extra body.

Despite the even bigger age difference, she’d also participate in Victoria’s practices.

Known as "Little Sarah" in her scrimmages with the older girls, Troccoli’s game was anything but small. More often than not, her combination of power, strength and skill bested her senior competition.

The experience she gained from kicking the ball around with older players paid dividends for her when she first arrived on campus.

"It helped a lot with not being intimidated when I did play with older people," Troccoli said. "(In college) you’re playing against 21- and 22-year-olds, and I’m 18 ... but it didn’t really make a difference."

Troccoli’s time on Michigan’s amateur circuit had run its course.

In high school, Troccoli dominated her competition and playing at the next level seemed inevitable.

Having won a state championship, there was nothing left to do for her to cement her legacy.

During her junior year of high school, Troccoli made a decision: She wanted to enroll early at UF.

"I was ready to kinda get going," Troccoli said.

Sure, she would have to skip her senior year of soccer, but moving to Gainesville a semester early to train with the team offered her the best chance to become a better player before her first collegiate season.

She knew that a chance to get a head start in one of the South’s most successful soccer programs was on the line, and that was motivation enough for her to thrive.

To get her GED early, Troccoli had to take two classes in the Summer before her senior year and one class during her first senior semester.

Troccoli succeeded with relative ease. She was ready for the next phase of her career.

"She was gonna make it work," her father said, "because that’s what she wanted to do."

In high school, Troccoli was chosen to be a head peer mediator — in essence, a student-psychologist — at Troy High.

She was a good listener and people weren’t afraid to open up to her.

Those same characteristics proved useful upon the arrival of the rest of the freshman class.

Since her enrollment, Troccoli has spent nearly all of her time in Gainesville training to become the best player she can be.

She joined the team for its six-game Spring schedule, a stretch that included her first collegiate match against the Bayern Munich women’s team — a game the young Troccoli said she was "terrified" for.

But with the arrivals of the new semester and the remaining freshmen, Troccoli found herself taking on a new role.

"She sort of bridged the gap between the freshmen and the older players," Burleigh said.

The time she’d spent with the older players served as a benefit for both Troccoli and the other freshmen.

To Troccoli’s advantage, she was able to get to know and understand Jordan, Christen Westphal and the other veteran players.

And to the advantage of the remaining freshmen, Troccoli was able to facilitate the team-building process.

"She showed us, by example, that the upperclassmen were really nice and really friendly, so that we wouldn’t have to be afraid," freshman goalkeeper Kaylan Marckese said.

While she had the convenience of getting to know her teammates before the rest of her class, Troccoli was careful not to step on anybody’s toes.

"(She) wanted to make sure she doesn’t rub people the wrong way," Dan Troccoli said.

Troccoli herself considered the situation to be "tricky," and that there was a "balance" that needed to be kept.

But that hasn’t been the case.

Instead, Troccoli has emerged as a leader in her own right.

Bolstered by team-building efforts, a team retreat and a full season of experience, Troccoli’s maturity has positively impacted the other freshmen — getting them ready to step into more prominent leadership roles.

Marckese has become Burleigh’s answer at goalkeeper, having started each of the Gators’ postseason games thus far.

But, factoring in stats and intangibles, Troccoli has surfaced as the most impressive freshman of all.

However, although she is just one of five Gators — and the only underclassman — with double-digit points, that number doesn’t cut it. 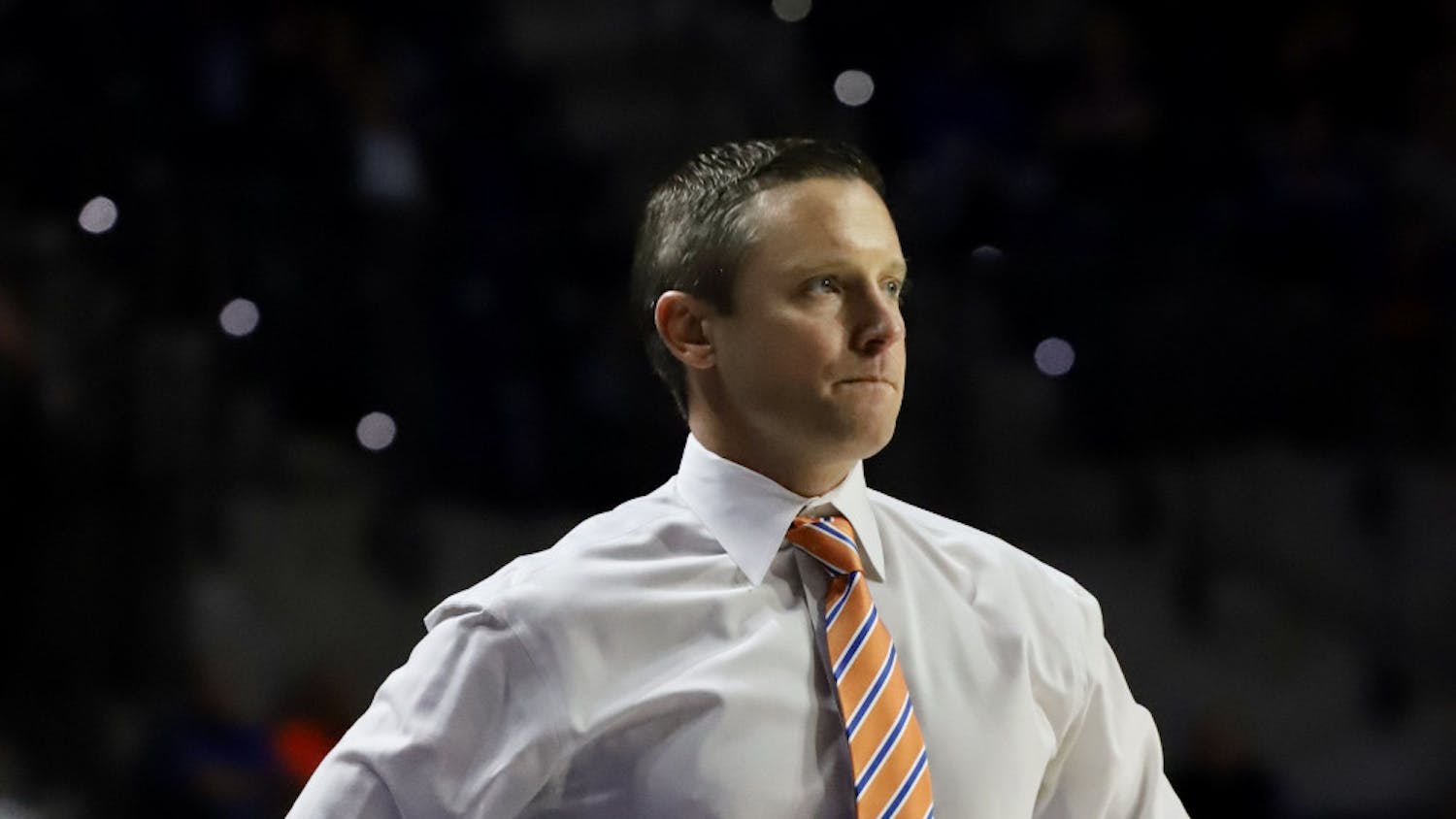