Over the course of her 10 years at the helm of Florida women’s basketball, Amanda Butler has been anything but consistent.

The former UF guard has seen everything from solid 20-win seasons and multiple NCAA Tournament victories to abysmal losing streaks and a bottom-three finish in the conference standings.

But if there is one thing that has been the same for the Gators since Butler was hired as their head coach in 2007, it’s been their play in the SEC Tournament.

Florida, regardless of how successful or disastrous a regular season was, has struggled every single year in the conference postseason under Butler.

UF’s head coach is 5-9 all-time in the league tournament and has never advanced past the bracket’s quarterfinal round. The Gators have also lost five of their last seven games in the competition, leading Butler to acknowledge the hardships that come with the SEC postseason.

“The conference tournament is brutal,” she said. “No matter what your bracket looks like, your first round opponent … is someone that can put you on your butt.”

However, with a new year comes a new opportunity, and Butler is optimistic about her team’s chance at a successful March.

Florida, which concluded the regular season with a 14-15 record and went 5-11 in league play, kicks off its postseason today at 1:25 p.m. in the first round of the SEC Tournament against Arkansas.

The Razorbacks enter the bracket coming off a horrendous showing during their conference schedule, losing 14 of 16 games to finish dead last in the SEC standings.

Florida defeated Arkansas 57-53 on Feb. 9 in the only regular-season meeting between the two teams. The game featured strong defensive effort and efficient rebounding from Florida.

“That was a great game for us in terms of building confidence,” Butler said. “It was like, ‘Hey, wow, we can win these grind-it-out, low-scoring games that are more rooted out in defense than offense.’ I think that was really powerful for our team to realize about themselves.”

One advantage UF also has on its side is its 12-game road trip to begin the regular season while the O’Connell Center underwent renovations. The Gators are the only team in the SEC this season to have played more than three consecutive games away from home, something Butler said gives her program an edge.

“It’ll be as beneficial as we make it,” she said. “I think it’s a giant advantage.” 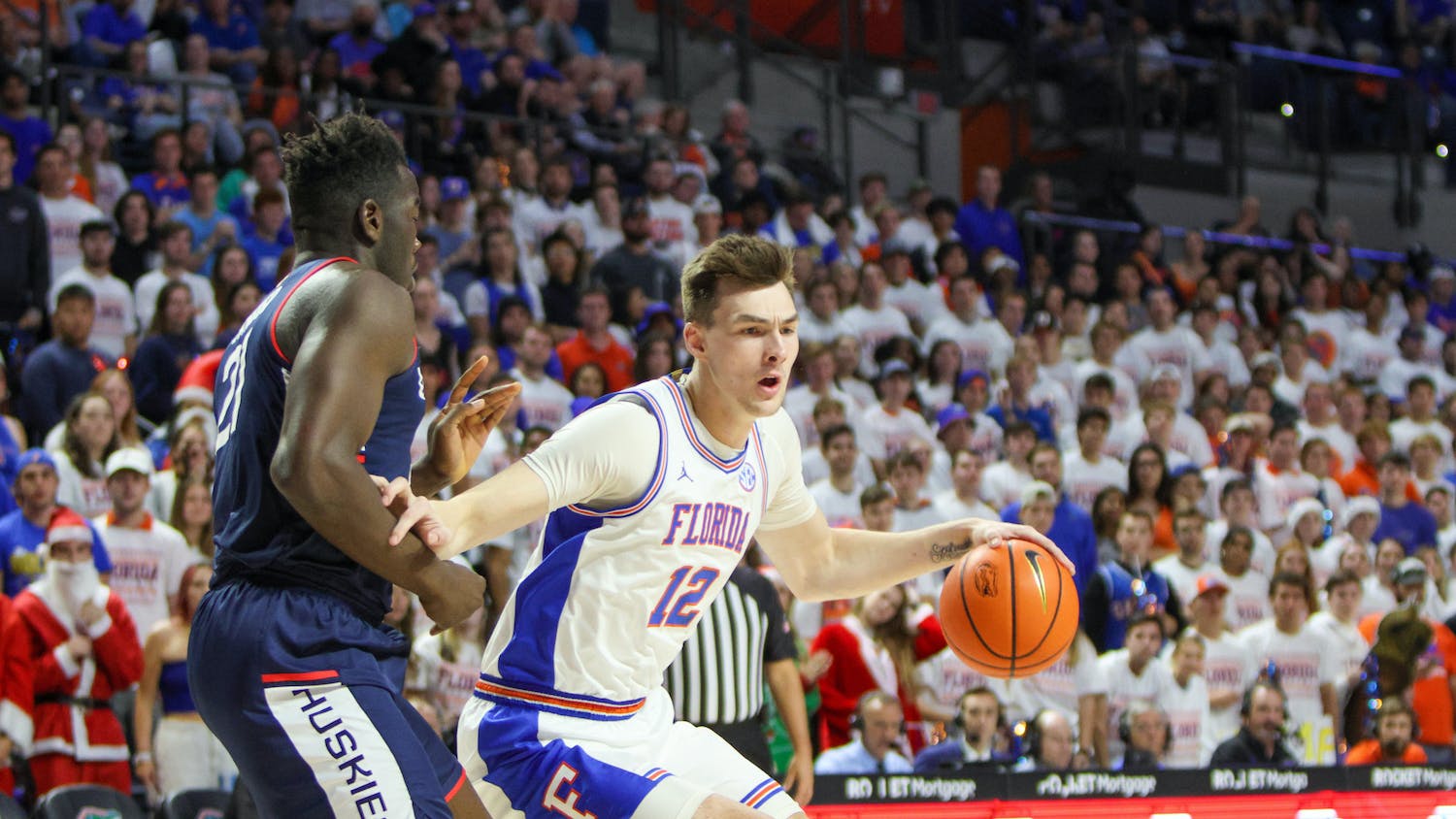