'The Bachelor' perpetuates an archaic stereotype of women

I am embarrassed to say that I watched “The Bachelor” last week. It was a fun time with friends and French toast, but I cringe at the thought of giving that show any of my time. It was the second episode I had ever seen. Like the first time, it was impossible to look away. Watching “The Bachelor” is similar to witnessing a horrible car crash: You know you shouldn’t look, but it’s so terrible you just cannot help but stare. Despite its popularity, “The Bachelor” is problematic and anti-feminist.

The first reason for this conjecture is the premise of the show. In essence, a group of women are pitted against each other to vie for one man’s hand in marriage. I don’t know about you, but I have never heard of a healthy relationship starting with fighting tooth and nail with other women to get a man’s attention. Two of the girls, who competed in Miss America pageants together and were formerly friends, were particularly nasty toward one another. In the age of feminism, it seems backward to encourage women to drag one another down to fight for a relationship. “The Bachelorette” is similarly problematic, but in that case, men are fighting for a woman’s love and affection.

The women are made out to seem ignorant, static and vapid. I’m sure these women are more complex, intelligent and caring than the show portrays them. The job description of one girl was “Never Been Kissed.” For all I know, this girl could have a Ph.D. and be the smartest contestant on the show. But she has been reduced to the fact that she has not yet been kissed. Also, the show continuously emphasizes the fact that the bachelor himself is still a virgin. Last time I checked, I didn’t care whether or not someone was a virgin. Also, belittling someone for their sexual status, such as being a virgin, seems counterintuitive in the age of the #MeToo movement.

One of the contestants kept reminding the bachelor, Colton Underwood, how strong and independent she was. I couldn’t help thinking that going on a game show to compete for marriage seems quite the opposite of independent. Game shows for love are my last resort. Another girl was lamenting the fact that she was “traumatized” because he was dating other girls at the same time. Um, yeah. You signed up for “The Bachelor.”

Another general observation I made was in regard to the girls’ appearance. None of them could have been above a size zero. Only casting thin, idealistic, Barbie-looking girls sends the message that this is the shape and size of girls worthy of a relationship. Of course, anyone with half a brain cell knows that this does not represent the general population and that everyone is worthy of a loving relationship. Also, the girls were always wearing a full face of makeup, even when working out. That is their prerogative, but I can’t imagine that every girl there would have deliberately chosen to beat her face before an intense gym session, had the bachelor not been there.

Overall, I find the show degrading toward women. It brings out the worst in the contestants and portrays them as vapid caricatures of an archaic stereotype. In order to combat this misogyny, we should boycott watching it and demand something more representative of the complex nature of women. Now I just need to convince myself to not watch it again tonight.

Hannah Whitaker is a UF English sophomore. Her column appears on Mondays. 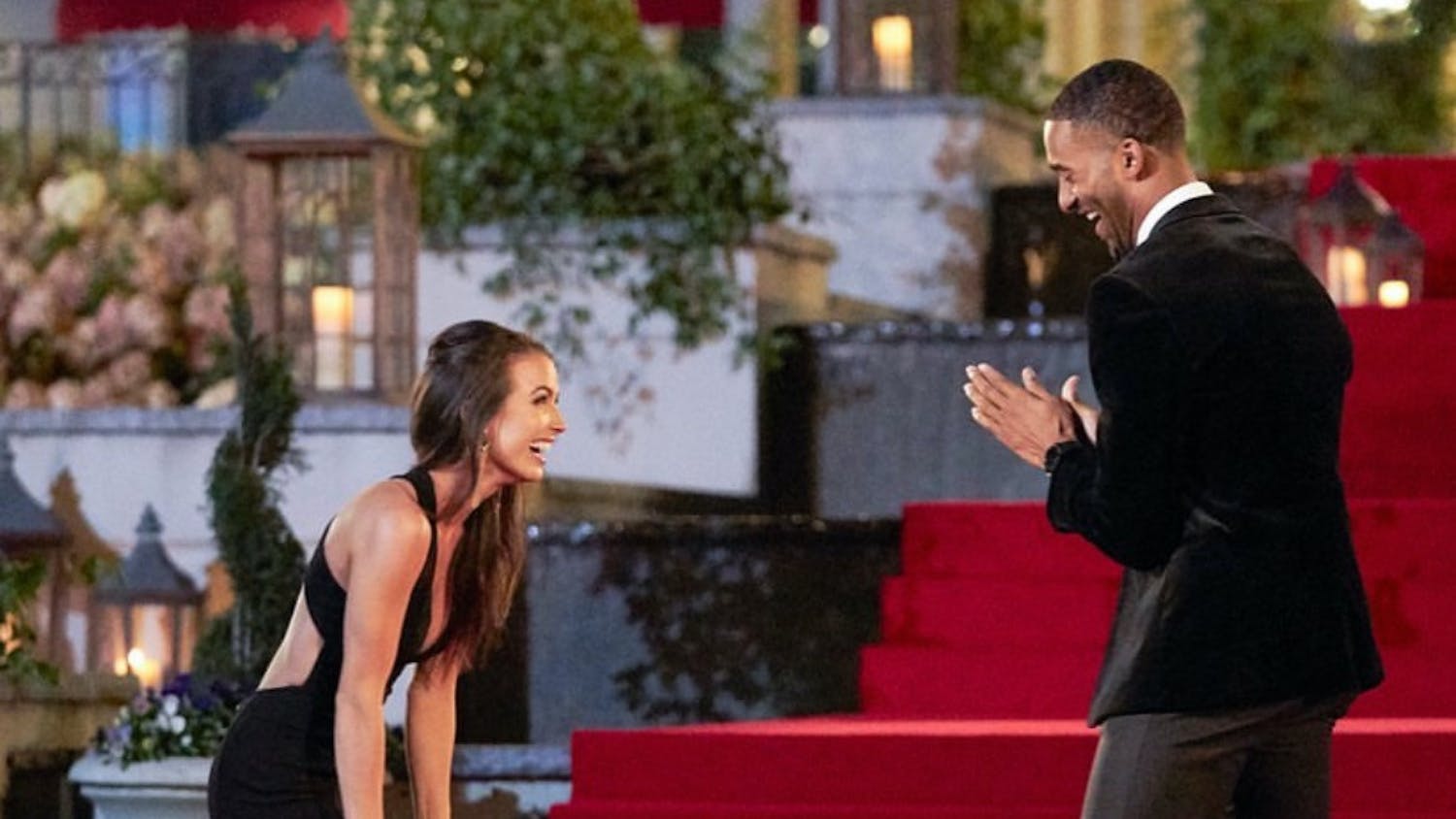