UF women in science share stories of resilience and discrimination

Women account for over 50 percent of the population. Yet as the overall female population grows, female students and faculty in science fields are under-represented.

Despite being in the minority, these female professors and students don’t see themselves solely as statistics. They view themselves as valued contributors on equal footing with their counterparts.

These are their stories.

Katerina Aifantis considered the halls of Michigan Technological University her playground. While her father scribbled engineering theories in his office, Aifantis and her brother, Elias Jr., ran around the hallways and slapped notes on the professors’ doors of the nine-story building.

Aifantis is now a 35-year-old associate professor and faculty fellow of mechanical and materials engineering at UF. She is one of eight women of 62 mechanical engineering faculty.

Aifantis studies how materials like silicon and tin can be applied to making longer-lasting batteries or improving brain stimulation in patients with dementia.

Aifantis didn’t have any female professors in undergrad, but she had female friends in her program.

“I started feeling alone after I got into the workplace and also during my Ph.D. since I was the only girl in my group and also several years younger than the other male students,” Aifantis said.

In her first job interview at 22, a Cornell professor told her the last thing he wanted was another “diverse person on his campus.” Aifantis didn’t want to start an argument. She gave no response.

She decided to stay away from academia for a while and applied for a million dollar European research grant with a 3 percent acceptance rate. She got it.

Aifantis attributes her rapid success to resiliency from encounters like these.

A pink hard hat appears among the dried blood, metal hooks and knives in the UF Meat Processing Center.

A swipe of Morgan Gravely’s knife transforms a thick, pink side of swine into ham, loin, belly and ribs in 20 minutes. The 23-year-old animal sciences senior cuts meat sold to local grocery stores, restaurants and customers.

A side of beef takes longer, but with her six teammates, they get the job done in an hour.

There are only 28,000 women in the country who work in meat processing in the U.S., according to the 2019 Bureau of Labor Statistics data.

Gravely intended to be a veterinarian, but an animal science class introduced her to the meat processing lab. On her first visit, she watched the kill of an animal. This caused her to specialize in meat science.

The anatomy she learned in her textbooks was suddenly in front of her in a way she hadn’t experienced before.

She started working in the center that summer. There were other women on the team then, but they have since graduated.

She doesn’t mind being the only woman. The small group is like a family who bonds over jokes and the many hours spent cleaning.

In the center, Gravely works in killing, cutting and selling. The physical component and the gore of the job may contribute to the small percentage of women in this profession, but that’s changing, she said.

“The industry is moving in a direction that is more accepting of females. I’m not too worried about it,” Gravely said.

It wasn’t hardships at IBM or NASA that led Carol Demas to leave the engineering field.

It wasn’t the mundane work of sitting in a cubicle in Palatka, Florida, 26 years ago.

It was six months of repeated inappropriate comments and the hostile environment at the South Florida Water Management District that led to the end of her career.

It was the ‘90s. She was equipped with two degrees in engineering science and math from UF, and a resume that boasted IBM as her first employer out of college.

Despite her accomplishments, Demas remembers feeling like an outsider during her schooling and in her work in water resources management.

In the decades since, Demas recalls a former male co-worker mocking her voice, taunting her for wearing skirts and heels and rolling his eyes when she spoke up during meetings.

Every day was like this for six months until she left her cubicle. The sexism didn’t add fuel to her fire. It didn’t encourage her to stay in the field. It made her feel depressed. It marked the end of her engineering career.

“I found no opportunity at all in engineering,” Demas said. “I mean none. After NASA and IBM, nobody would hire me. I couldn’t even get interviews.”

Demas, now an adjunct lecturer of differential equations courses and a teaching assistant for calculus one and two, thinks about her experience as a woman engineer every day when she takes attendance.

Out of 70 engineering students in the class, 15 are women. She finds the women have higher grades on average and attend class more regularly than her male students.

“I love the guys, too. They’re young. They’re innocent,” she said, laughing. “But I especially want to be supportive for the girls.”

When she was sitting in UF classrooms, she was often the only girl. She didn’t have any female professors for guidance.

One professor asked her: “Why don’t you just get married?”

These experiences led her to teach engineering students.

The fact that women comprise 23 percent of the faculty in the Herbert Wertheim College of Engineering is a leap forward from the zero professors she had to turn to when she studied here, Demas said.

It wasn’t until Andrea Zapata-Volkmar moved to Gainesville from Miami that she considered herself a triple threat.

Female, Hispanic and engineer are three words she uses to describe her advantages. She considers both her identities in industrial and systems engineering as a way to stand out to employers in the male-dominated field.

She has become more culturally aware of herself as the daughter of Colombian immigrants. At UF, the 21-year-old industrial and systems engineering junior is the only Hispanic girl among her friends.

“I’m a person who has big dreams. I have earned my way,” she said. “It sucks that those have been the labels that have given me attention, but at the same time, they are part of my story.”

Math is more than numbers to Zapata-Volkmar. She realized math fascinated her in eighth grade. She has always been taught to work out the problem in front of her.

Zapata-Volkmar said women and minorities are still in the process of making history. Breaking social norms in her field is the problem in front of her.

“I’m the first female in many things in my family,” she said. “It just sucks that when I came to UF, I have learned that what I am is rare.”

Morgan Gravely, a 23-year-old UF animal sciences senior, works at the UF Meat Processing Center. Gravely is currently the only female employee at the center. 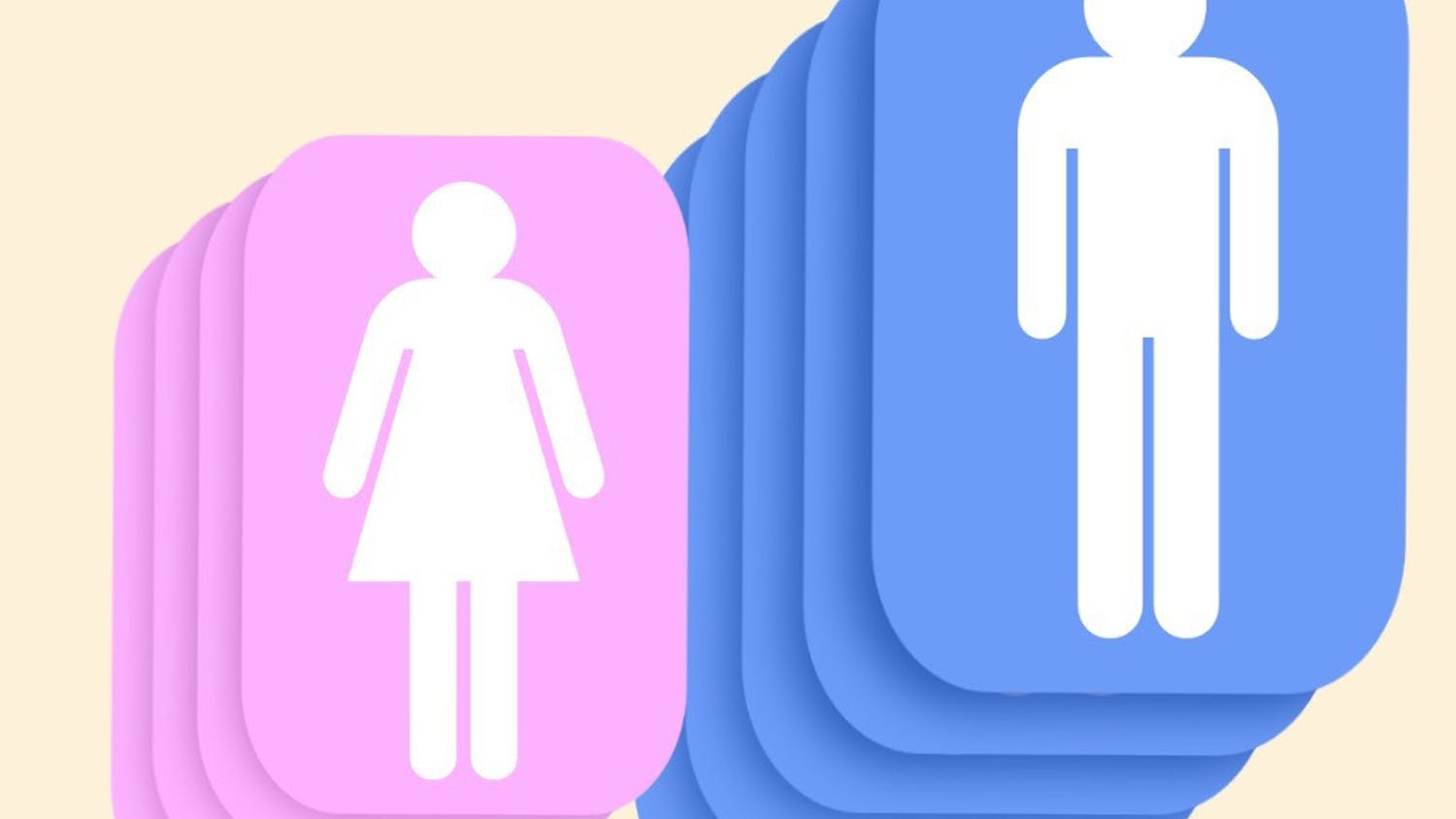 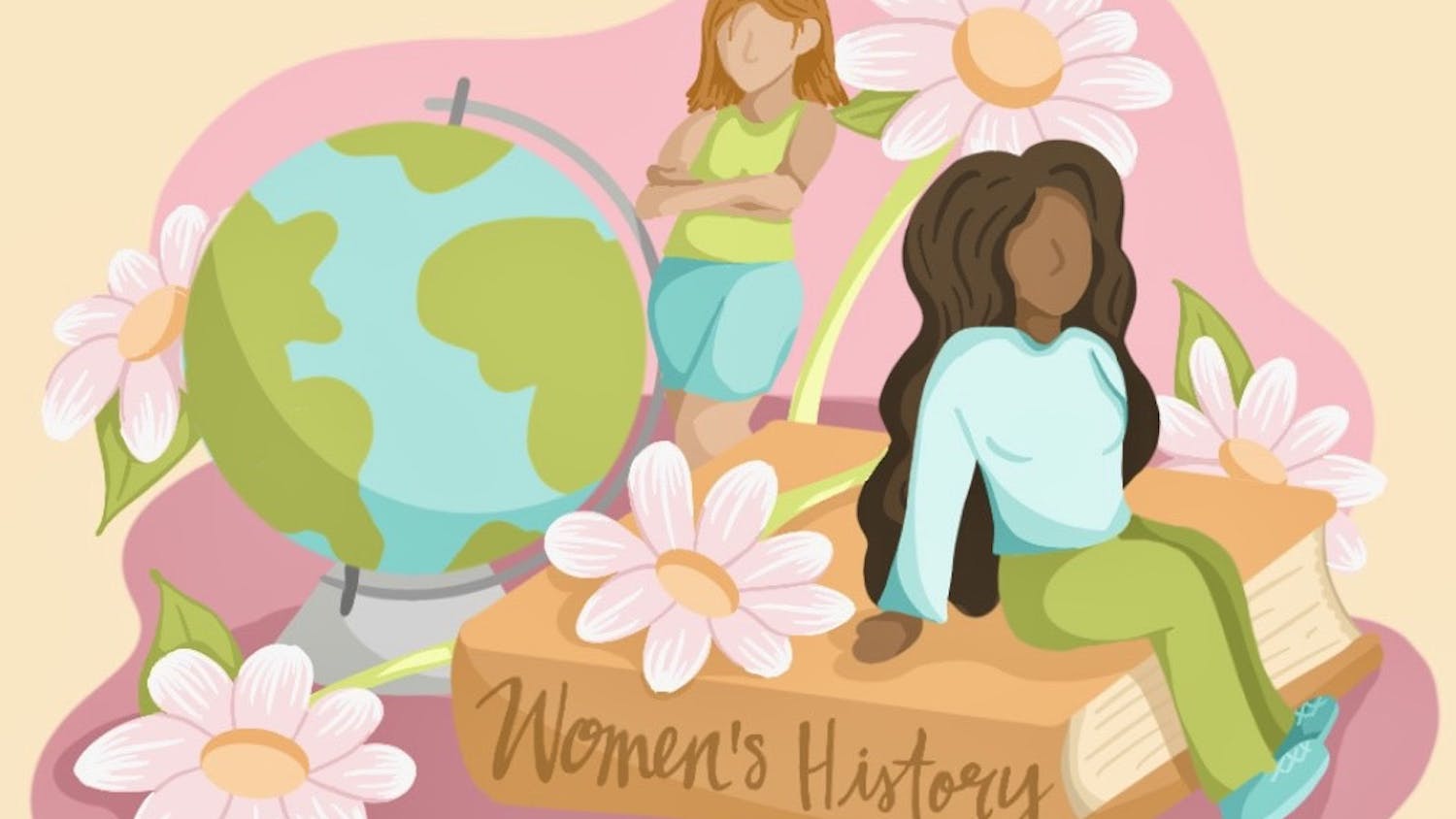