There’s usually a pretty surefire way to lose a game against a good team: Just give the ball away.

It worked for the Gators the last time they faced a top-10 opponent in the regular season. In last year’s 36-17 loss to then-No. 7 Georgia, Florida led 14-13 in the third quarter. But three total turnovers marred UF’s effort and cost the team a chance at the upset.

The same could have easily happened to the No. 10 Gators against No. 7 Auburn on Saturday night.

In spite of four fumbles in the game, UF knocked off Auburn in the Swamp, 24-13.

“You look at all the turnovers in the course of the game, you don’t usually lose four fumbles and win the game,” coach Dan Mullen said. “I bet both teams are going to look back and say, ‘Boy, if we could’ve held onto the ball, if we could’ve been on the plus-four side, it would have been a totally different game.’”

Giveaways plagued the team from the game’s opening quarter when, leading 7-0 and driving to potentially expand the gap, quarterback Kyle Trask was sacked near midfield and lost the ball. Auburn recovered, and the drive turned into an Anders Carlson field goal to narrow the lead to 7-3.

Trask was strip-sacked two more times in the game, and the other fumble came when running back Dameon Pierce took a hard hit and dropped the pigskin. Mullen wanted to review for targeting, but the play was not challengeable.

Auburn went down the field, and Carlson kicked another field goal.

The Tigers’ only other points came after a de facto turnover, when Mullen tried to take full control of the game in the second quarter. The Gators led 14-6 when punter Tommy Townsend faked the boot and took off with it in his own territory. He was tackled short of the line to gain, and on the very next play, AU quarterback Bo Nix found receiver Seth Williams for a 32-yard touchdown.

“(Our defense) gave up one score, and that was on me,” Mullen said. “We don’t fake a punt, and they probably don’t score a touchdown. So, I ended up causing the only fault with our defense.”

What Mullen’s hinting at is that turnovers were likely the only thing that kept Auburn in the game.

After all, UF’s offense played pretty well. It outgained the Tigers by 129 yards and had 19 first downs compared to Auburn’s 12.

The touchdown pass to Williams was the lone bright spot in an otherwise horrendous day for Nix. The only other drive that put the Tigers in scoring position ended when Nix tossed an interception to safety Donovan Stiner in the end zone.

Turnovers have been costly for Florida in the past, but they weren’t on Saturday.

Giveaways didn’t keep the Gators from competing for 60 minutes with a quality opponent. They likely just kept them from making an even bigger statement.

Support your local paper
Donate Today
The Independent Florida Alligator has been independent of the university since 1971, your donation today could help #SaveStudentNewsrooms. Please consider giving today.
Popular
Miss. St dominates the paint in victory over Florida
Gators welcome Bulls to the Swamp
Gators continue to hunt for first conference win
Smith’s double-double lifts the Gators to first conference
Gators remain undefeated after route of USF
Tweets by alligatorSports
Calendar
No events at this time.
Submit an event
More 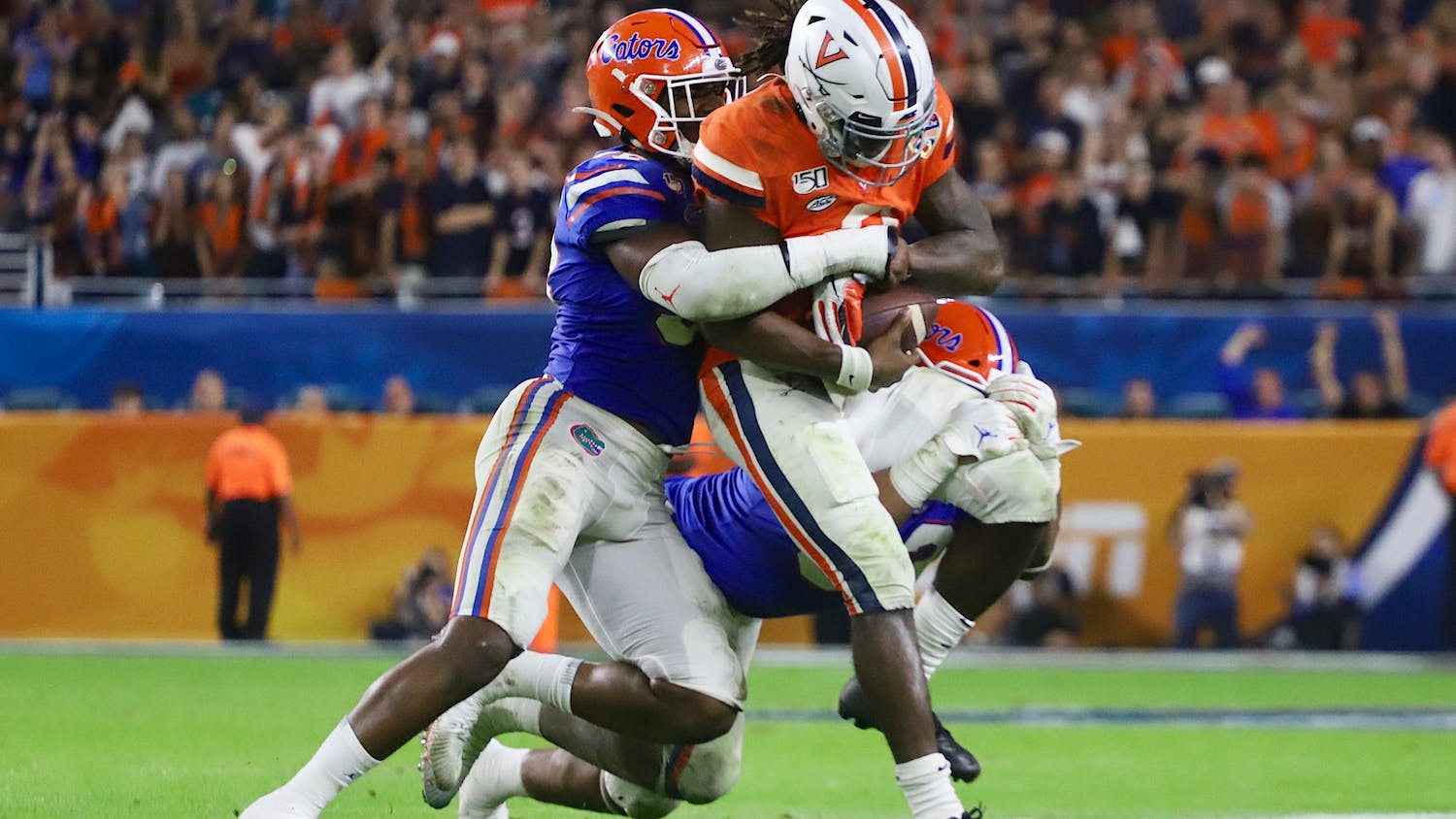 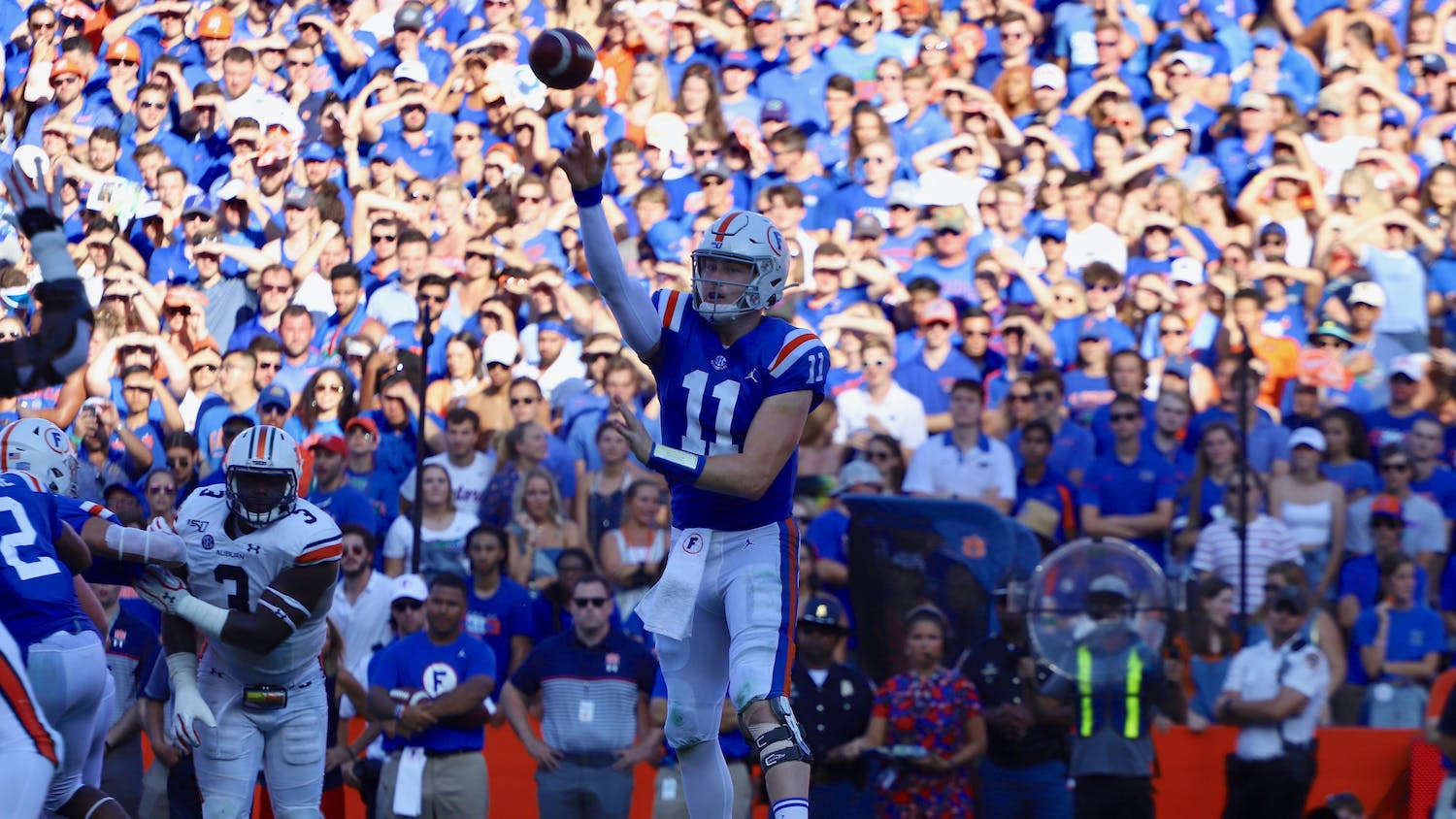