The U.S. needs help, and not with just guns

Usually, the editorial board likes to take it easy on Fridays and publish a series of “Darts and Laurels” in order to lighten the mood for the weekend and provide our opinions on different things happening in the news.

On Thursday, a 16-year-old boy walked into Saugus High School in Santa Clarita, California and shot five people before shooting himself.

The shooter’s name has yet to be released, but as of Thursday we know two people are dead — a 15-year-old boy and a 16-year-old girl — and several others are injured. Some are in critical condition, including the shooter.

With at least 30 school shootings in the past year, it’s clear something needs to be altered regarding gun policy within the United States.

As of 2018, the U.S. has suffered from 288 school shootings since 2009. The country ranked in second place? It has only eight occurrences.

Even though the ranking is selective, it still includes a range of countries in different stages of development, which is very embarrassing for the U.S. to say the least. Especially when we can’t even get a unanimous vote for background checks on the transfer of assault weapons between unlicensed individuals.

According to Mississippi Sen. Cindy Hyde-Smith, she and her colleagues still need time to think about no longer allowing guns to be transferred to pretty much anyone.

Would the bill have stopped what took place at Saugus High School? Maybe not. Would it be able to help prevent future events like Saugus? Most definitely.

Of course, a bill won’t stop the sale of guns in the underground market, as 43 percent of criminals get their guns in such a way. However, it would at least stop a quarter of criminals who simply receive guns as gifts. It might not seem like much, but bills such as the Bipartisan Background Checks Act of 2019 enable the U.S. to actually begin to change.

We need to stop ignoring the facts and start addressing the root of the problem. Even though we’re all constitutionally born with the right to own a gun, many of us shouldn’t be able to have one.

Gun control shouldn’t be a political issue, it’s a health crisis. Just look at the statistics for gun related deaths in the U.S. According to Pew Research. Sixty percent of deaths related to guns were by suicide, a number that has increased by 41 percent from previous years (2006 to 2017). Suicide itself is one of the leading causes of death in the U.S., yet some still argue against the value of taking care of one’s mental health. Clearly, this needs to change.

Right now, in a country so dedicated to conservative “family values,” it seems like some individuals within our government aren’t doing much to protect our families.

A member of the Los Angeles County Sheriff Department stands outside of Saugus High School with his weapon drawn after reports of a shooting on Thursday, Nov. 14, 2019, in Santa Clarita, Calif. (AP Photo/Marcio Jose Sanchez) 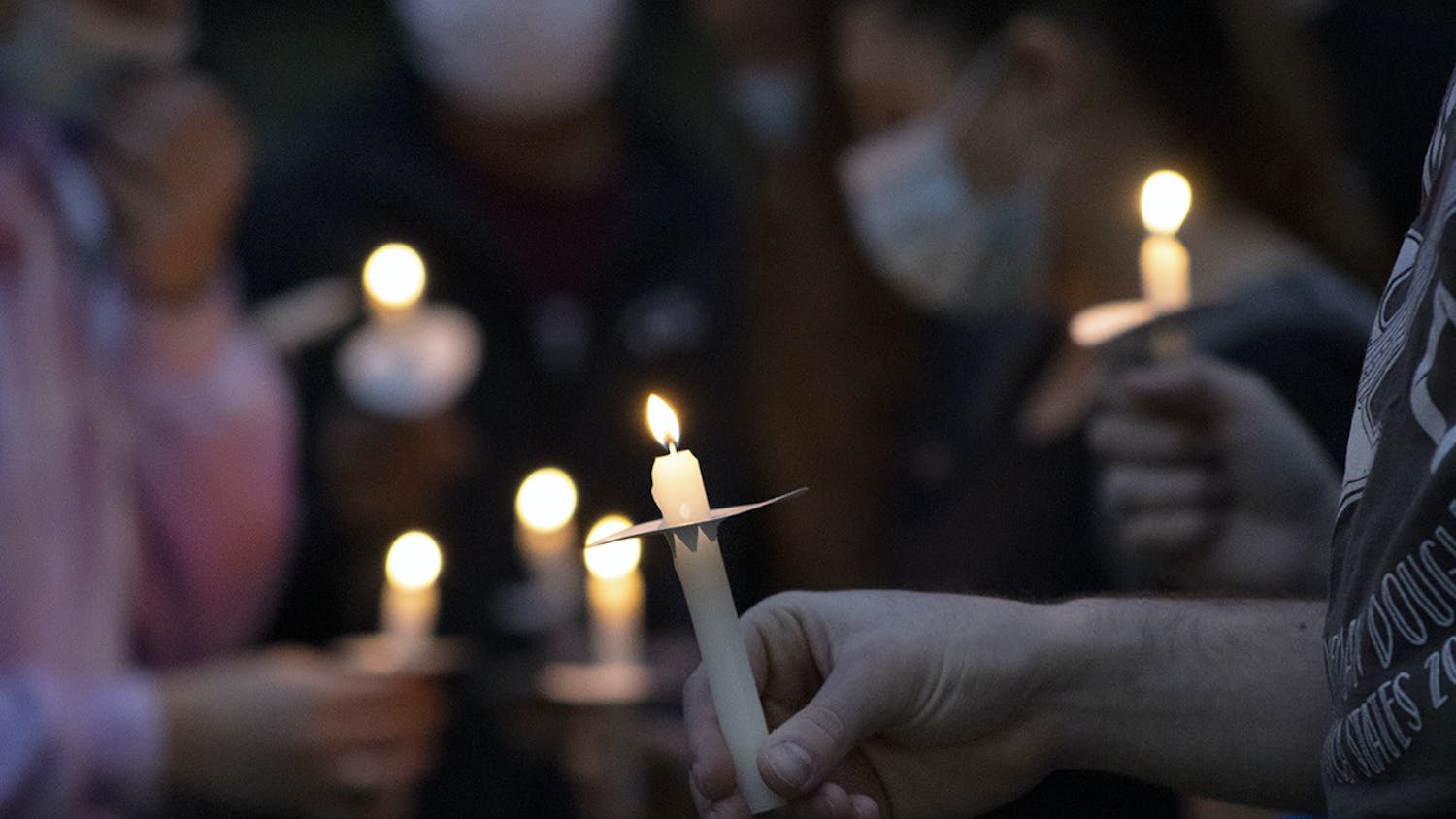