The Gators needed special performances from the rest of their roster without juniors Trinity Thomas, Nya Reed, Savannah Schoenherr and Sydney Johnson-Scharpf.

Florida announced several hours Friday that coach Jenny Rowland and her four starters would miss Friday’s meet due to COVID-19 contact tracing. But Junior Leah Clapper stepped up in their absence.

She sailed smoothly through her balance beam, dancing to Jason Mraz’s “I’m Yours” and ended her routine with a perfect landing. Her teammates then swarmed her to celebrate as assistant coaches Owen Field and Adrian Burde hyped up the orange-and-blue faithful.

The sold-out, socially distanced O’Connell Center erupted with cheers as the judges displayed her 10 for everyone to see.

It was Clapper’s first career perfect score, and Florida’s second-straight week with one of its gymnasts recording a 10.

“I was so excited after I saw the 10,” she said. “I just felt like jumping up to the sun because I had such a huge rush of energy.”

It had always been Clapper’s goal. She also joined the hallowed 10 wall commemorating Florida gymnasts who’ve reached that mark before.

Even without its three best vaulters in Thomas, Reed and Schoenherr, Florida managed to post a 49.125 on the first exercise of the night. Freshman Ellie Lazzari notched Florida’s highest score with a 9.875. Sophomore Payton Richards finished second with a 9.85.

Kentucky, however, failed to capitalize on the Gators subpar vault score. It filed three scores below 9.8 and allowed UF to take a 49.125-49.025 lead after one rotation.

Florida fared better on the uneven bars. It logged a 49.375 for its third-highest score this season. The Gators’ best scores came from seniors Alyssa Baumann and Megan Skaggs, who registered a 9.925. This was also Baumann’s first time on bars this season.

The Wildcats continued to lag behind after two rotations. Sophomore Raena Worley recorded their highest score — a 9.9. The Gators then extended their lead to 98.5-98.175.

Florida continued to look like a locomotive storming down the tracks on the balance beam. Nothing could slow the team down, and it topped the nation’s highest score previously set against LSU without Thomas. Clapper came in clutch with the 10 added to the Gators’ total.

Baumann, Skaggs and Lazzari were also pivotal and registered scores of 9.925 or better. Behind these performances, Florida padded its lead to 148.175-147.475.

Baumann was also spectacular on floor and recorded a 9.95, giving her the all-around title with a 39.65. Richards and Skaggs finished tied for second for the Gators with a 9.875. 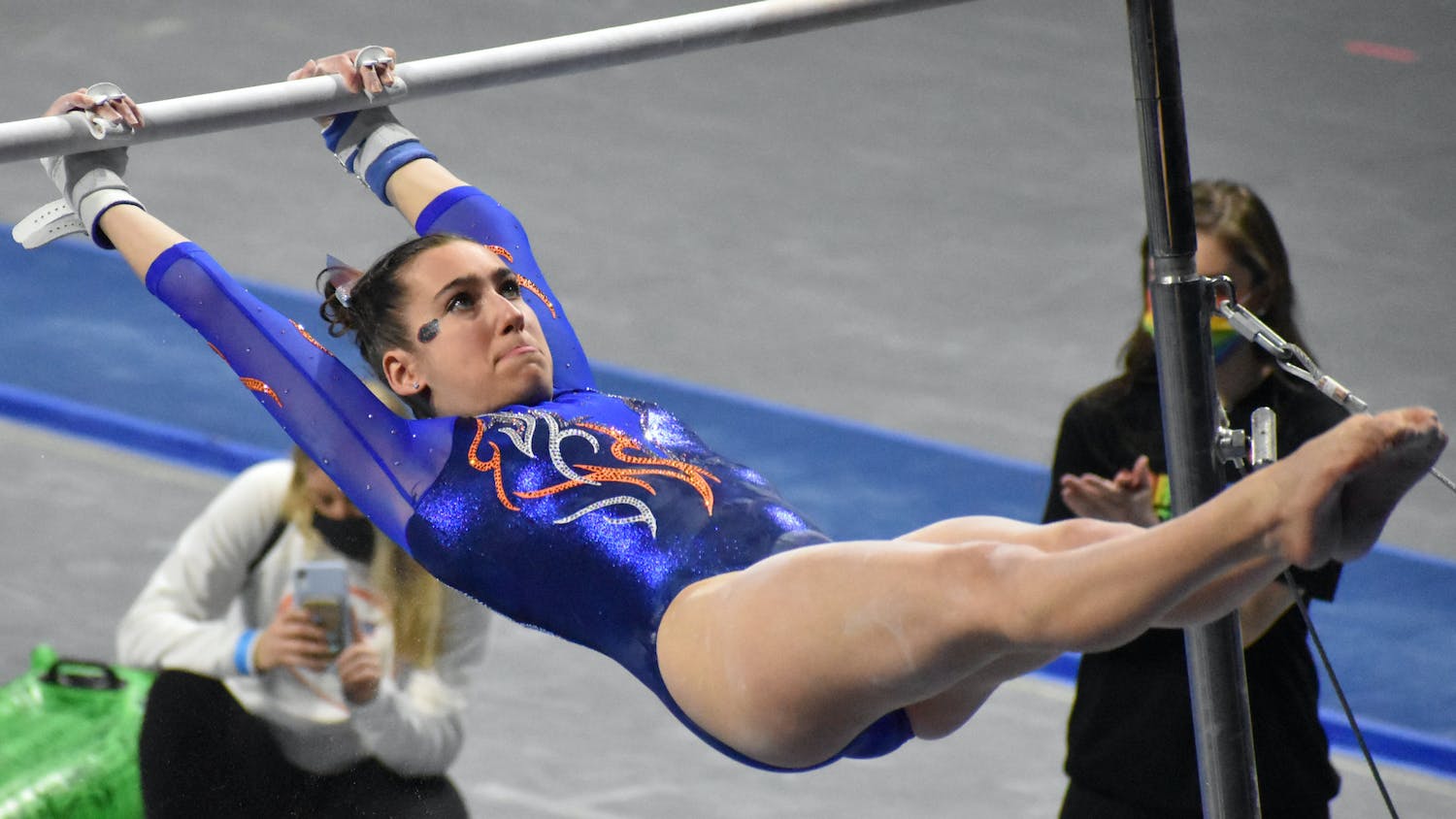 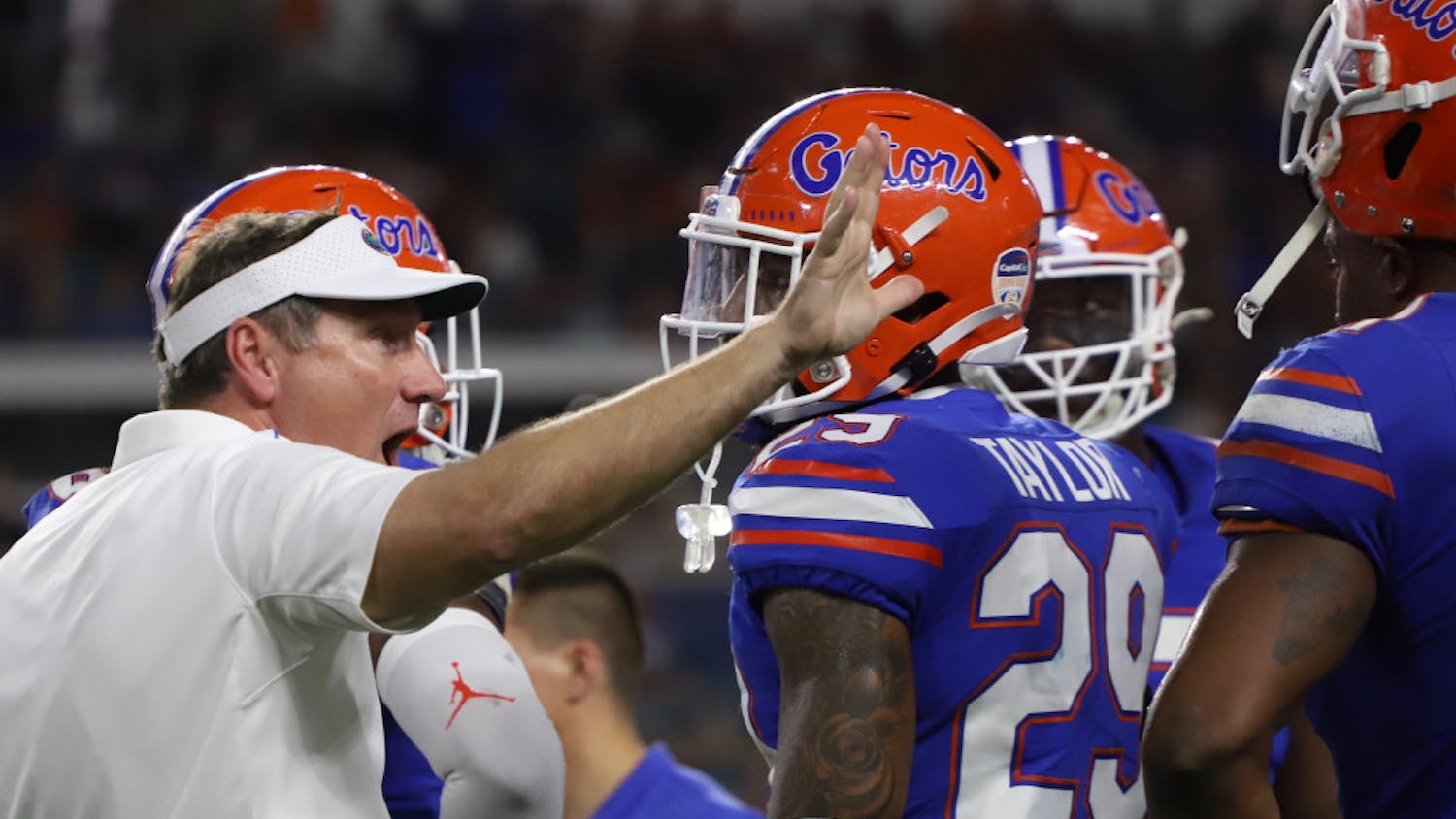 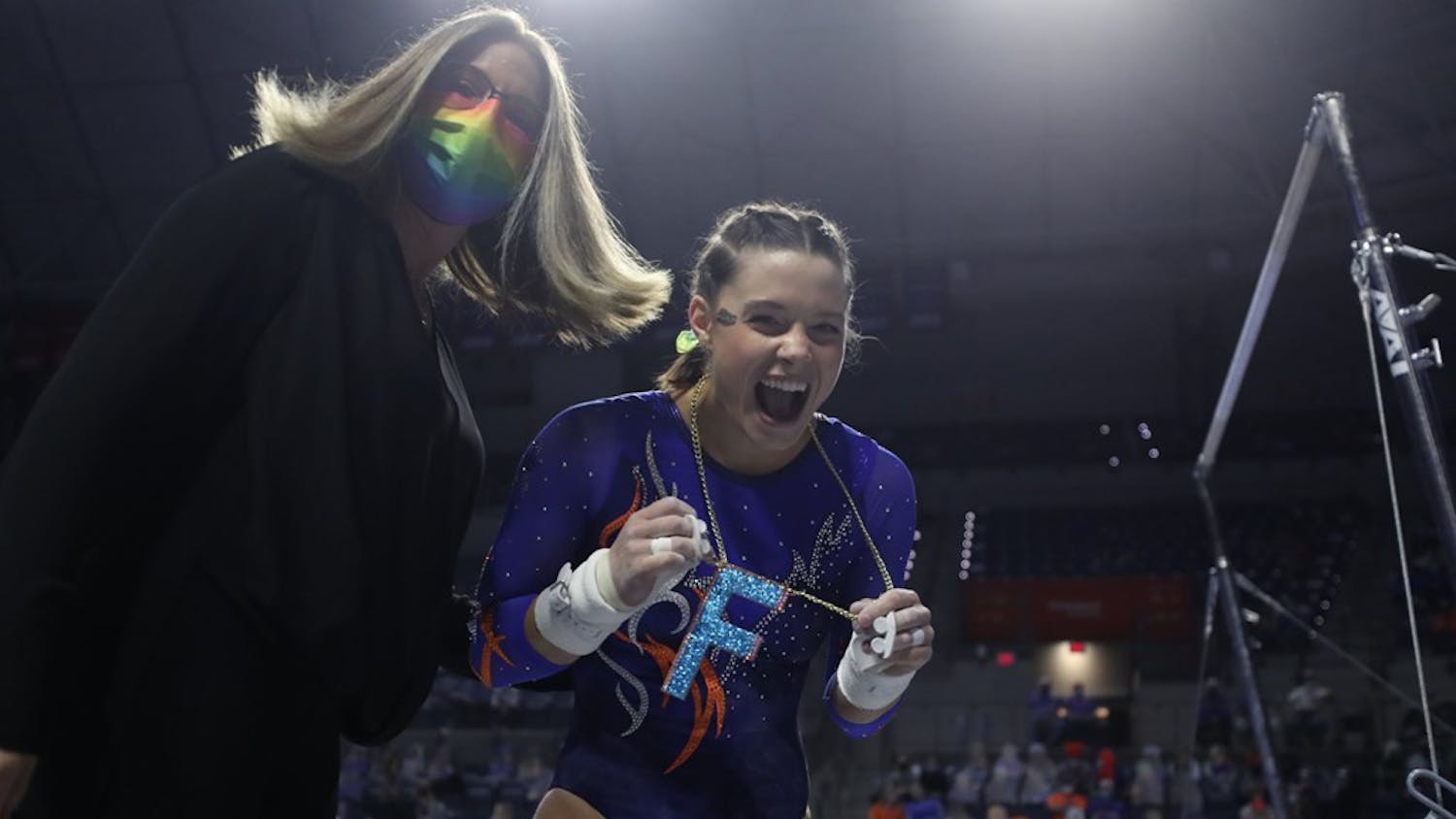