A second lawsuit was filed against Uber and the drivers involved in the fatal pedestrian crash that killed one UF student and injured four others.

Michelle Berglass, a 19-year-old UF student, filed a lawsuit against Uber and the owners and drivers of the cars that hit her and four other students as they stood on a sidewalk near West University Avenue. She is seeking more than $100,000 in damages.

According to her complaint, she sustained life-threatening injuries and a traumatic brain injury.

Berglass was one of five UF students injured and hospitalized following a Jan.16 crash that killed Sophia Lambert, a 19-year-old UF theatre first-year.

Three days after Lambert’s father filed a wrongful death lawsuit against the drivers and car owners involved in the crash, Berglass filed a complaint Feb. 26 for auto negligence against Uber, Portier LLC, Benjamin Piper, Boris Stoyanov and Veselin Stoyanov, according to a complaint filed in the Alachua County Circuit Court.

The father of Maggie Paxton, an 18-year-old UF student who died in a hit-and-run a few blocks west of the incident on University Avenue, also filed a wrongful death lawsuit on her behalf on Feb. 24.

Berglass’s lawsuit is the latest in a string of community responses following the deaths of Lambert and Paxton. Organizations like Florida Not One More and Gators Against Student Pedestrian Deaths formed to advocate for pedestrian friendly roadways and for safety measures to be implemented on University avenue.

Benjamin Piper, a 28-year-old Uber Eats driver, was in a 2007 grey Honda Civic and was speeding eastbound on University Avenue to pick up an order, according to the complaint. Boris Stoyanov, a 19-year-old UF architecture sophomore, was driving a 2015 white Honda accord westbound and turning left onto Buckman Drive.

The two cars collided, causing Piper’s vehicle to skid out of control and hit a pole, Berglass, Lambert and their friends on the sidewalk.

Emergency crews arrived at the scene at about 7:30 p.m. and transported Berglass to the hospital along with the four other students and Piper. 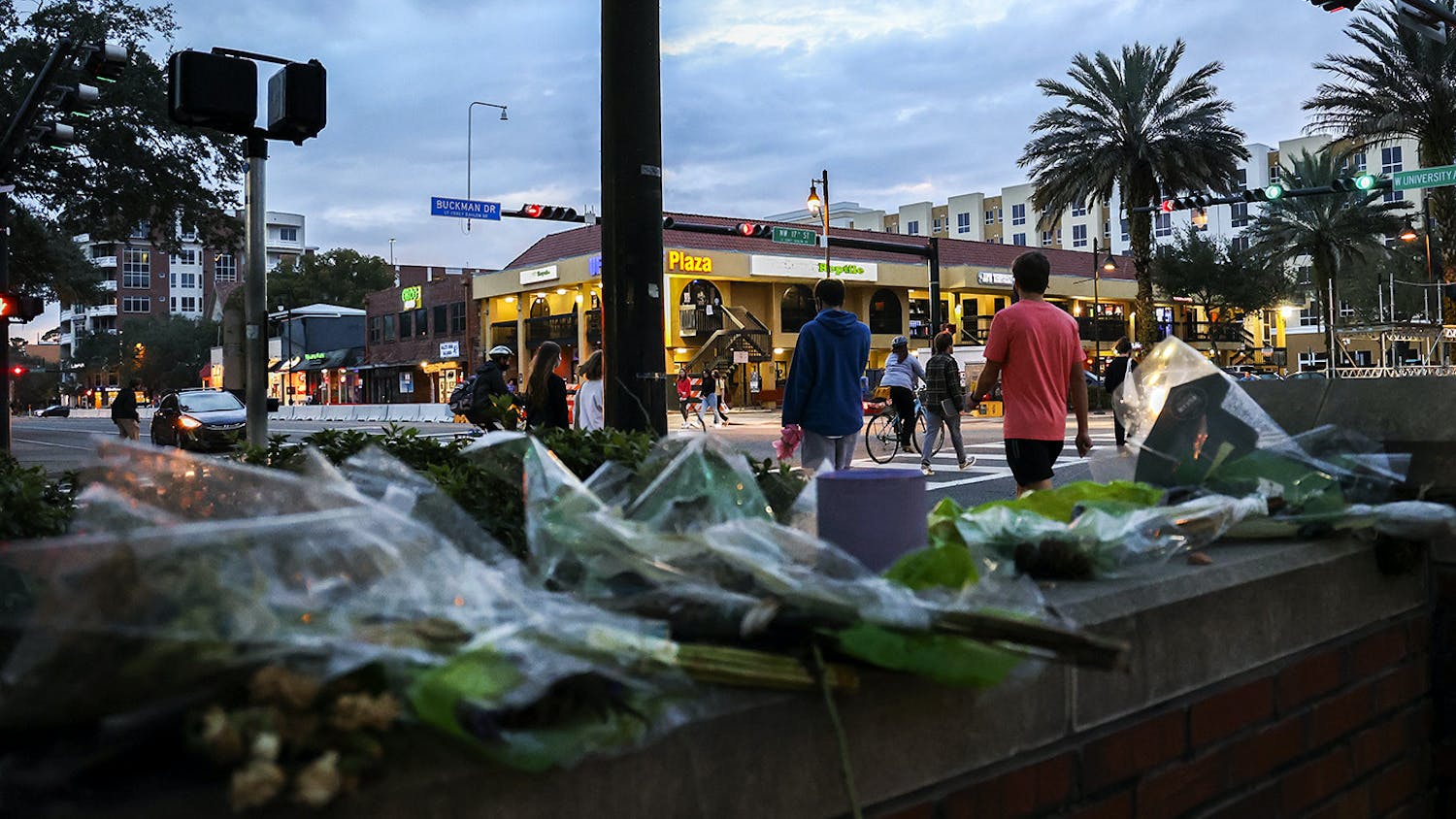