Within the APIDA community, students celebrated where they’re from and showed others what their heritage means

UF’s student body vice president is proud of her culture. Her mother instilled this pride in her by cooking food from the country and staying close with their family in the Philippines.

Maniti tries to inspire that pride in her 7-year-old sister — just as her mom did before she died, she said.

“Keeping that memory of my mom alive through our heritage and passing it on to my sister, I think is one of the most important things that I can and continue to do now,” she said.

Since COVID-19 first emerged in China over a year ago, violence against Asian Americans has increased in the U.S. In response, President Joe Biden signed the COVID-19 Hate Crimes Act into law May 20. Among other things, it states the attorney general must assign a Department of Justice employee within seven days of the act to review hate crimes, which aims to make this process faster.

Maniti moved to the U.S. from the Philippines when she was 7 years old. The 21-year-old UF political science senior said Filipino culture is oriented around family and friends — people give to others without hesitation. Following the example of her mother, Maniti applies this in her own life by offering to pay for coffee or for others to stay in her home, she said.

Seeing social media posts about acts of discrimination and racism against Asian Americans makes Maniti think about her experiences growing up. She remembers how people thought it was funny, instead of racist, to call her names and pull their eyes back at her, she said.

“We are more than just the stereotypes that consciously or subconsciously you associate to Asian Americans,” she said.

For Saja Hussein, May is a celebration of identity. Hussein, who is Palestinian and the Asian American Student Union’s vice president of education, said having a source of culture and community while growing up Arab in America helped her in the face of adversity.

Because there’s little taught about their respective communities, the 21-year-old UF political science and international studies senior said there’s always more for her and for others to learn.

“It’s like reclaiming that identity in a way every time we learn about it every year with this heritage month that we try to celebrate,” she said.

Being Vietnamese is a core part of Gloria Nguyen’s identity. The 21-year-old UF applied physiology and kinesiology senior and former co-president of the Vietnamese Student Organization was born in Saigon, Vietnam, which is now named Ho Chi Minh City.

Before her first birthday, she moved to Clearwater, Florida. The schools Nguyen attended did not have much representation for people of color, she said.

According to the U.S. Census Bureau, 2.6% of Clearwater’s population identifies as “Asian alone” and 0.2% as “Native Hawaiian and other Pacific Islander alone."

While she’s always had a strong sense of her cultural identity, she said the environment she grew up in suppressed it because of the other cultures and people surrounding her.

Her experience coming to UF and immersing herself in AASU was completely different, Nguyen said. At the university, there’s an overwhelming sense of love for their heritage within the Vietnamese Student Organization and the entire community, she said.

Members of AASU come together to celebrate everyone no matter where they’re from, Nguyen said. The organizations go out of their way to show not only their own members what their heritage means, but also all of UF, she said.

“It acts as a driving force for me to express just how grateful and how proud I am to be Vietnamese,” Nguyen said.

Although she was close to her family and strongly tied to her roots before coming to UF, Nguyen said she wasn’t able to showcase her culture as much. The AASU community gives students the platform to find who they are and to rediscover their roots, which may have been lost, she said.

“It is important to hold onto where you come from and remember those who came before you,” Nguyen said. “But it’s also important to use those experiences in order to develop who you are — your own person.”

Sometimes, she believes a month isn’t enough, she said.

“You can’t really define or confine the rich history of Asian Americans and Pacific Islanders into just the one month,” she said. “Although the gesture is very good, it doesn’t necessarily encapsulate truly everything that the community has been through — whether that be the struggles or the triumphs of the community.”

Nguyen said the anti-Asian hate crimes occurring in the United States are disheartening to see. She feels like they create a constant sense of fear throughout her community.

Josie Cruz, the president of the Filipino Student Association, said her heritage has shaped how she interacts with people, the food she eats and her taste in music. The 20-year-old UF digital arts and sciences junior said she is half Filipino and half Honduran.

Growing up, her grandparents would visit her in Fleming Island, Florida, cooking Filipino dishes and speaking Tagalog to one another. After joining FSA at UF, the experiences of other members made her want to get more involved.

“Eventually, it became I guess a mission of mine to kind of start reaching out into my own heritage and actually start learning about it more when I got to college,” she said.

Cruz has become more in touch with who she is through FSA, she said. In the past, Cruz struggled with her cultural identity because she grew up in a place that wasn’t diverse, she said.

“Not being able to see others or my heritage in general was kind of hard growing up, and it made me kind of confused what my history was,” she said. “FSA kind of gave that back to me.”

Asian Pacific Islander Desi American Heritage Month is a time to celebrate not only who they are, but also the past individuals who accomplished things to make their heritage known to the world, she said. 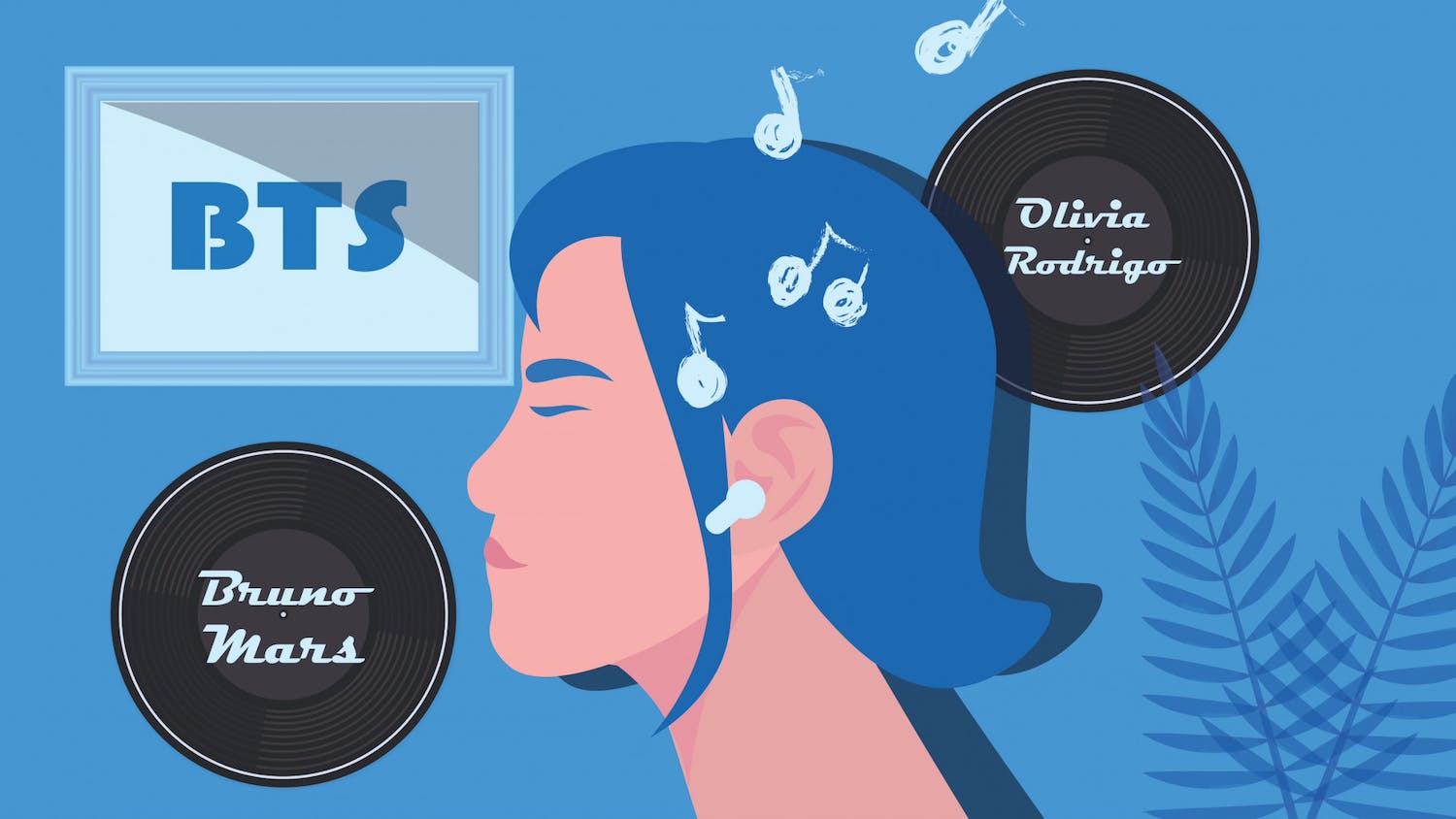 Asian and Pacific Islander influence in the U.S. music industry