The Florida Gators needed one stop to get the ball back to their offense. On third and 2 with 90,887 fans rocking, the Alabama Crimson Tide put the ball into the gut of their running back Brian Robinson Jr., who fell past the sticks to clinch the 31-29 victory.

Florida can point to a lot of reasons for its defeat, but third-down defense has to top the list. The Gators tallied more total yards than the Crimson Tide and they won the penalty battle and the time of possession, but Alabama converted seven of 13 third-down attempts.

The Gators especially struggled in third-and-long situations. Alabama gained first downs on five plays longer than third and 7. However, a lot of that production was Florida’s own doing — three of the conversions were due to pass interference calls. UF was specifically susceptible through the air, as five of the Tide’s seven conversions came on passing plays even without including the three pass interference flags.

Florida seemed to play ultra-conservative in these third-and-long spots, sporting soft coverages and allowing completions in the flats to keep the game in front of them. The plan to limit explosive plays worked. Alabama quarterback Bryce Young averaged just 6.9 yards per attempt and didn’t have a completion over 30 yards: His longest was a 29-yard strike to Jameson Williams.

While the allowance of dink-and-dunk passing is fine in theory, it all comes down to execution. The Florida secondary missed tackles all afternoon, resulting in multiple Tide first downs. Pro Football Focus credited the Gators with 14 missed tackles as a unit, 10 of which came from members of the secondary.

“There’s gonna be a bunch of things we had a missed tackle or two in there, we had a penalty or two in there,” Mullen said after the game about third-down defense. “In that type of game, it’s all the little things like that it comes down to.”

Florida looked to have Alabama shut down on the opening drive of the game after a delay of game call moved the Tide to third and 9. However, quarterback Bryce Young found a hole in the defense, hitting Jameson Williams for an 11-yard gain. Alabama scored three plays later.

The Gators' defense looked like it got off the field on the next Bama drive, but a pass interference call against cornerback Kaiir Elam on third down kept the drive alive. Another third-down conversion later and Alabama found the end zone again.

To its credit, the Florida defense shut down Alabama in the second quarter, as the Tide were held scoreless with just three yards of total offense and zero third-down conversions in three attempts. The Florida offense wasn’t much better though, going one-for-five on money downs and scoring just six points.

The defense held up pretty strong in the third quarter as well but shot itself in the foot early with a pass interference call on third and 12. That same drive, the Gators allowed another third-down conversion but hunkered down and forced a fourth down attempt, which Alabama converted into six points on a wide-open run to the left by Robinson.

The defense committed yet another unforced error on third down in the fourth quarter, as cornerback Avery Helm was flagged for pass interference on third and 7. The unit made up for the miscue later in the drive with a goal-line stand, forcing a fourth-down field goal that kept the game within one possession.

The Florida defense had one more shot on the final drive to contain the Tide on third down, but it couldn’t come up in the clutch.

“Bend, but don’t break” can work against a lesser opponent like South Florida or Florida Atlantic, but a team like Alabama has the talent to take advantage of the opportunities it’s given.

This isn’t the first time Florida struggled to get off the field. While the defense had been better this season — allowing 10 of 29 conversions in its first two contests — the Gators have historically been below average on third down, allowing a 41% conversion rate in 2020, good enough for 71st in the country.

A game as close as this comes down to a few key plays. Those plays went the other way for the Gators Saturday, and they’ll look to learn from their mistakes and regroup ahead of a primetime matchup with rival Tennessee next week. 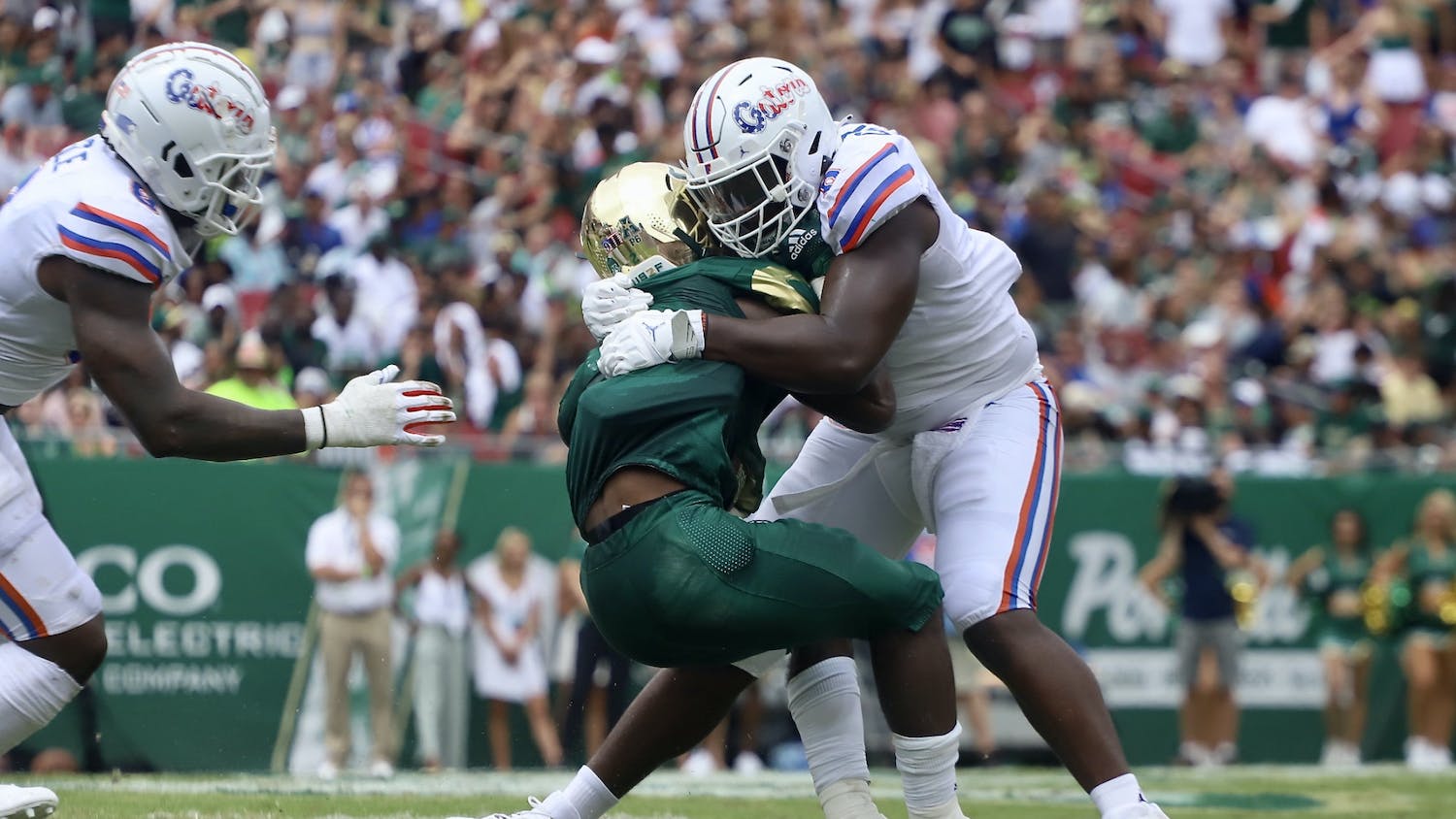