As of Nov. 19, there have been four indecent exposures on campus this year

Equipped with pepper spray, a young woman now chooses her seat placement cautiously — always making sure a camera is in sight.

She hasn’t felt safe on campus since Oct. 23 at the Reitz Union food court, where a man who hasn’t been found by police masturbated in front of her.

She doesn’t know if she will ever feel safe on campus again.

The victim made a post on Reddit in November, detailing the incident. But one key portion of the post recognized a shortcoming: the need for more security on campus. An image of the suspect obtained by the University Police Department is grainy, black and white.

Still, the incident at the Reitz Union lingers in her memory.

“It is still encouraging that there are more security cameras being put in place and that UPD is recognizing the situation,” she said. “But it doesn't doesn't fix what happened.”

She said UPD called her and apologized for the way it handled her phone call after the incident was reported. Initially, her report was dismissed.

On the phone, a dispatcher told her father the victim didn’t want to open an investigation.

However, the victim said she was never asked whether she wanted one. After UPD called and apologized on Nov. 19, she was told the dispatcher, although trained by the university, was new to the position.

UPD Chief Linda Stump said there was likely a miscommunication between the victim and the dispatcher.

After the victim called a second time affirming her desire to open an investigation, uniformed officers were sent to the Reitz Union to patrol, Stump said. Officers not in uniform were also sent out to investigate undercover.

A Nov. 22 updated version of the bulletin described the victim’s assailant as a 30-to-40-year-old mixed race male. On Nov. 16 and Sept. 24, UPD received reports of suspicious people around the Reitz Union.

As of Nov. 19, there have been four indecent exposures on campus in 2021, according to UPD data obtained by The Alligator.

“I think some people look at sexual harrassment as a victimless crime. It’s not, it’s a serious crime with serious consequences,” the victim wrote in a text. “I hope that UF and UPD take the necessary steps to prevent another girl from having to live with this feeling.”

Stump said if the man is found he will be barred from campus. If he comes to campus afterward, a sworn complaint will be filed with the State Attorney’s Office with charges against him.

UF has also been working to bolster security on campus.

In February, the Division of Student Life requested the installation of cameras for the Reitz Union, UF Spokesperson Cynthia Roldan wrote. The request was approved by the State University System’s Capital Improvement Trust Fund Committee for $105,000. In August, UF’s Student Government agreed to contribute an additional $45,000 for the cameras.

The university will begin installing the cameras in the Reitz Union in Spring 2022, Roldan wrote. However, she wrote the university cannot disclose the number or locations of the cameras because of a Florida statute.

Roldan encourages everyone on campus to report any crime or suspicious behavior.

The victim, although frustrated, recognizes the university’s efforts.

“It is encouraging to hear that this is a problem that’s recognized and something that is recognized as being needed to change,” she said. 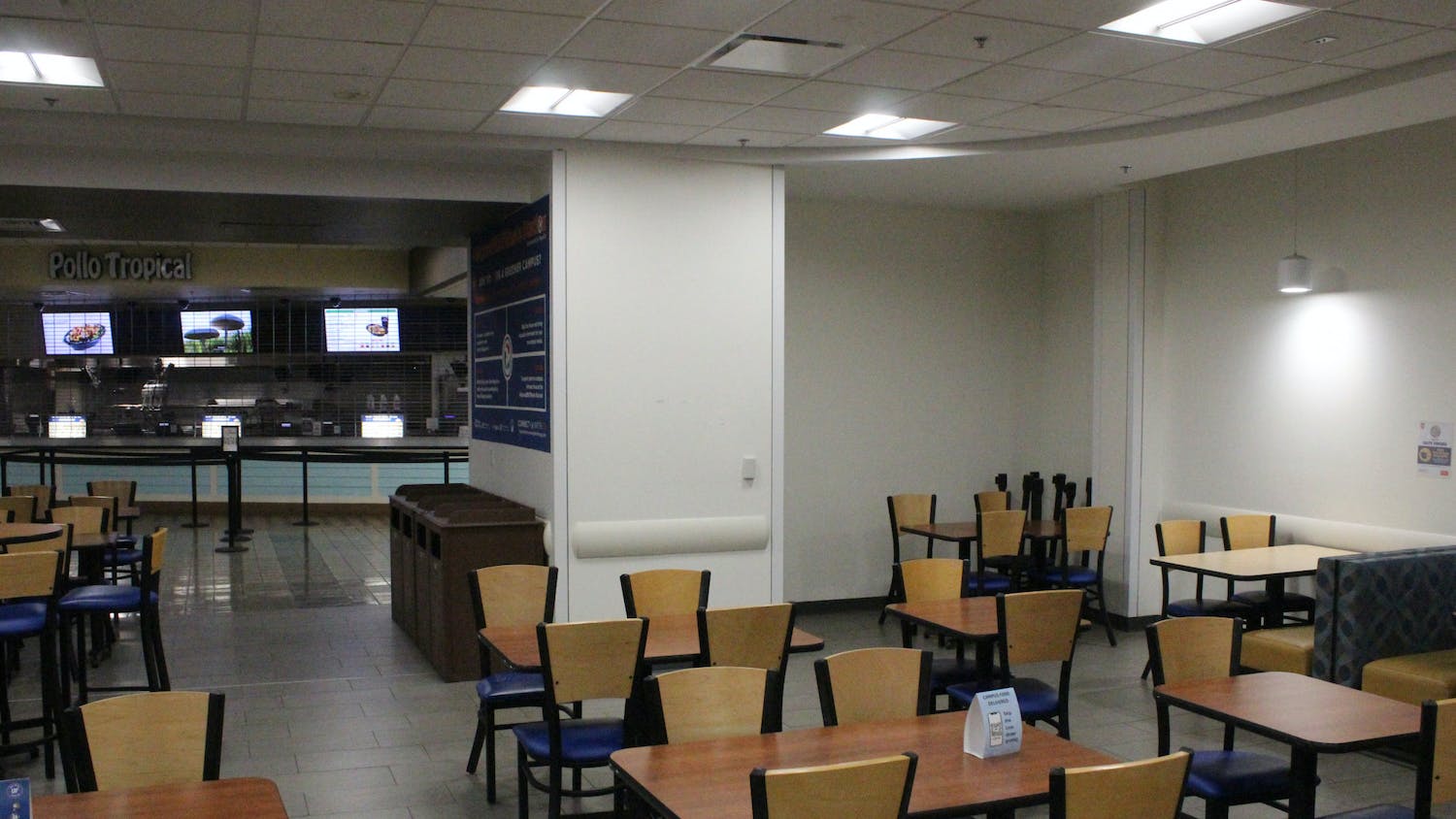