Skip to Content, Navigation, or Footer.
Donate Now
We inform. You decide.
Tuesday, January 25, 2022
Developing:
The latest news on UF’s barring of professors from testifying against the state
SPORTS  |  VOLLEYBALL

Gators hope to knock off undefeated Cardinals in Sweet 16

The top-seeded Louisville Cardinals have not lost a match this season, including matches against Kentucky and Florida State

Even with the success of their opening two matches in the 2021 NCAA Tournament, the elephant which entered the room when the bracket was released  awaits them in Sweet 16.

Travelling to Louisville, Kentucky, for their Sweet 16 matchup, the Gators (22-8, 14-4) will face the goliath of the collegiate volleyball landscape in a win-or-go-home match on Thursday.

Florida played one of its best matches of the year against Miami, the second of back-to-back matches, sweeping the Hurricanes and never allowing them to score more than 20 points.

Wise declared after the match that the performance was one of the best defensive showings the team put on all season, and for good reason; Florida limited Miami to a hitting percentage of .053 and never allowed the ‘Canes to hit .100 or better in any of the three sets.

Five different Gators recorded five or more digs, including sophomore Elli McKissock who led the team with 23, her third-highest dig total of the season. Putting up those kinds of numbers against the Hurricanes, who boast offensive firepower, is a testament to the team’s ability to lock in when the games matter most.

The absence of redshirt senior T’ara Ceasar will continue to loom over the team throughout the tournament, specifically on the offensive side of the ball, but Florida has done a sufficient job of replacing her scoring so far. Sophomore Sofia Victoria stepped into the starting lineup to replace Ceasar’s presence as an outside hitter and earned 13 kills in each match of the tournament. With Victoria and senior Thayer Hall anchoring the scoring, as well as contributions from freshmen Merritt Beason and Bre Kelley, Florida had enough power to survive through two matches.

How these numbers will hold up against the Cardinals remains to be seen, but the Gators are feeling good about where they are right now.

“This team is just playing so loose right now,” Wise said. “There is a great vibe going with this group. Play with some confidence, and then this can be magical.”.

After a perfect regular season, Louisville has not skipped a beat in the first two rounds of the postseason. After doing away with Illinois-Chicago in three quick sets, winning by an average of over 10 points, the Cards’ swept Ball State in round two. The (other) Cardinals put up more of a fight than the opening opponent, forcing a 29-27 victory for Louisville in the opening set, but ultimately met the same fate.

As impressive as the team has looked in the early stages of the tournament, the team’s regular-season resume is what should scare the Gators most.Florida has four common opponents with Louisville: Missouri, Miami, Florida State and Kentucky.

The Cardinals and Gators both swept Missouri and Miami, but that is where the similarities end. The Seminoles, who beat Florida 3-1 in September, were swept by Louisville just 11 days after their match against the Gators. Kentucky, who swept Florida in back-to-back matches to close out the regular season, fell to the Cardinals in five sets on Sept. 15. 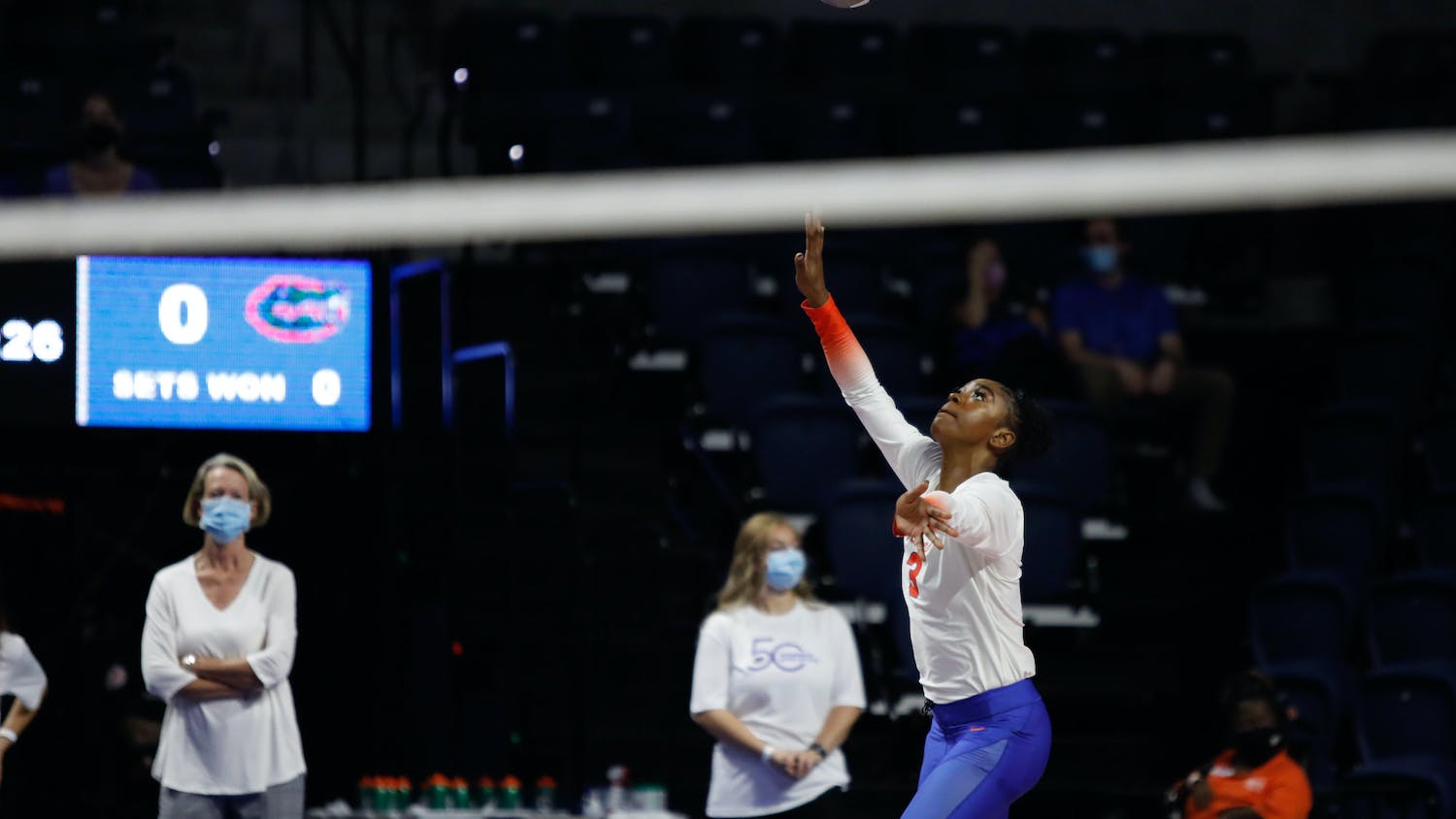 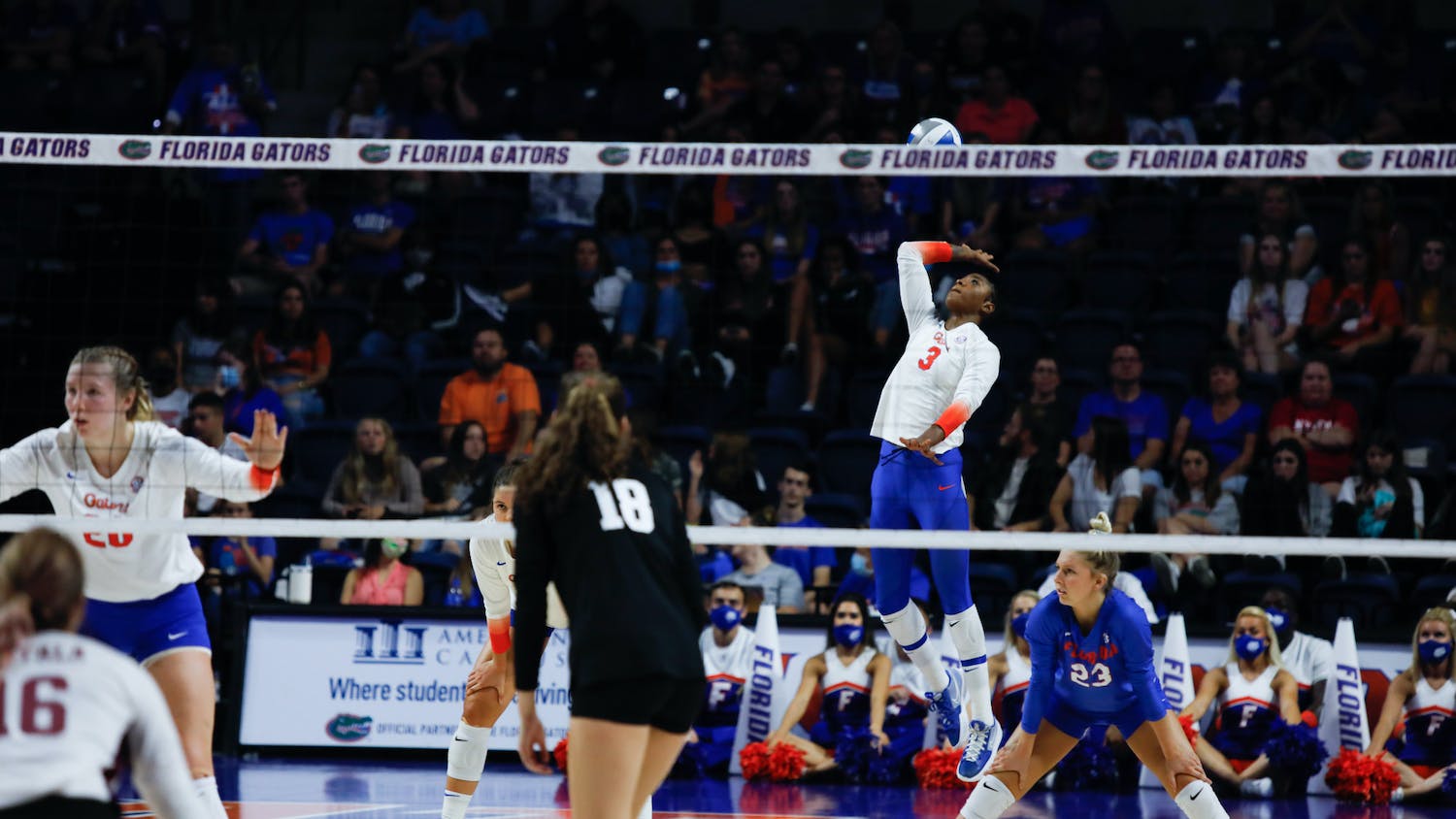