With a revamped squad of new faces, the Gators volleyball team played its opening games like the players had years of chemistry between them.

For the 25th time in program history, Florida started its season 3-0.

The Gators began their season with a bang, bringing three opponents to Gainesville for a round-robin invitational. No. 15 Florida hosted — and defeated — the North Florida Ospreys, East Tennessee State Buccaneers and Virginia Cavaliers over the weekend.

Together, they could prove to be a near unstoppable force on Florida’s front line.

“[Marina] is so energetic and I love it. I feed off of her,” Beason said. “If one of us might be a little bit off, the other one can pick up that slack. Working that out every day in practice and learning how we play as a team together, it's a great opportunity. We're so excited for this season; we’re so excited to continue growing and keep progressing.”

Florida head coach Mary Wise, who is in her 32nd year leading the Gators, offered the pair her praise.

“That was a lot of swings for those two to have only two hitting errors. You just do not see that in your pins,” Wise said. “You may see those numbers in your middles over multiple matches, but not two players in the same match.”

Beason and Markova are set to take on the roles of outside hitters T’ara Ceasar and Thayer Hall, two players who provided a considerable portion of Florida’s offensive thump the last few seasons. Ceasar ranked third nationally in kills per set in 2021. Hall started all 31 matches during her senior season, and with 1,298 kills at UF she slots in at 10th in the program’s history.

With both former stars having departed, it will now fall to Beason and Markova to make the most of their opportunity.

The Gators dropped the opening sets to both North Florida and East Tennessee, but rebounded both times to win the final three sets. By the time Virginia graced the O’Dome court Saturday night, UF appeared to have worked out the kinks from its first two matches. The Gators owned the Cavaliers from start to finish, combining an extra aggressive offense with timely blocking.

Wise was pleased with her squad’s effort and chemistry.

“First and second contact were very good, very clean and allowed our hitters to do what they do best in terms of making good hitting decisions,” Wise said.

She attributes the team’s chemistry to her players understanding their roles and supporting one another, even though she can only put six of them on the court at one time. Wise believes the players who didn’t see action Friday or Saturday -– and will only see limited play all season —  still play a pivotal role in the improvement process.

“The chemistry comes from those players that are working so hard to help us win and haven't even stepped on the floor,” Wise said.

A substantial amount of Florida’s success through its first three matches can be attributed to doing the little things right. If an opposing team started breaking through, the defense tightened up. Junior libero Elli McKissock totaled 39 digs and directly transferred defensive success into points from the back row. Sophomore middle blocker Gabrielle Essix blocked 13 balls to lead the Gators.

A pleasant surprise for the Gators was the emergence of freshman setter Alexis Stucky, who enabled the offense to run smoothly while averaging 33 assists per match. Florida didn’t lose a single set she played in.

“It is pretty special to have a freshman setter who can control the ball as well as she does,” Wise said. “There are parts of her games that by decision aren't a high priority that will evolve over time, but we've asked her to set killable balls and she did that.”

Former setter Marlie Monserez — who departed to the University of California, Los Angeles to  play beach volleyball as a graduate student — was an AVCA Second Team All-American a season ago. She was also named Southeastern Conference Setter of the Week five times in 2021, and 11 times throughout her UF career.

Florida will now turn its attention to hosting the No. 14 Stanford Cardinal at the Stephen C. O’Connell center Tuesday.

“We're going to prepare for Stanford just like we did for these three matches, and we're going to just treat it like another game,” Beason said. “Coming off this weekend, we've learned a ton. We know exactly what we need to work on these next few days in practice.”

The match, which will begin at 7 p.m. and broadcast on the SEC Network, will be UF’s first true test of the young season. 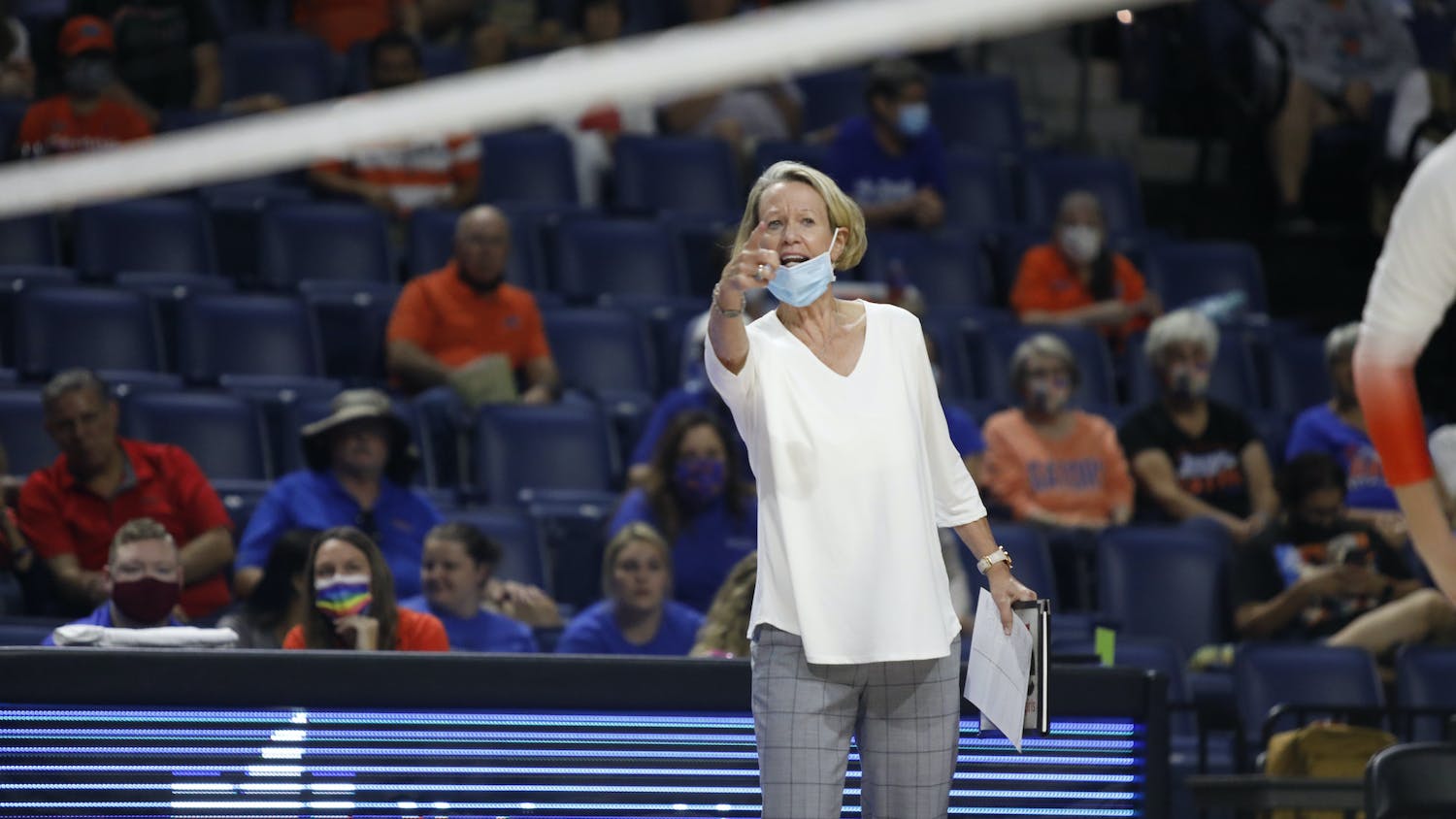