Skip to Content, Navigation, or Footer.
Donate Now
We inform. You decide.
Thursday, February 02, 2023
SPORTS  |  OTHER SPORTS SWIM AND DIVE

Swimmer sisters continue their family’s athletic legacy in the Swamp

From diving in the hot tub as kids to competing in Olympic-sized pools as student athletes, the Bates sisters are bonded by their love for swimming.

Talia Bates, a 21-year-old UF sustainability senior and her younger sister, 19-year-old UF journalism sophomore Georgia Bates, are both on the university’s swim team — continuing their family’s legacy as UF athletes. Their parents, former UF linebacker James Bates and former UF swimmer Tina Bates, both competed for the Gators from 1992-1996.

The Bates sisters began their training at a young age.

"Our parents would toss us in the hot tub," Talia said. “My mom and dad would push us under to dive for the pennies.”

Growing up in Gainesville, Talia and Georgia spent hours swimming in their backyard, and the sport stuck with them throughout their childhood.

“We could almost swim before we could walk,” Talia said.

In elementary school, the sisters participated in the Hale Country Club summer swimming league every year. Reminiscing on her Hale Hawks days, Georgia said her coach always pushed her to outswim her older sister.

“I remember my coach would always say, ‘You can’t let Talia lap you on this one,’” she said.

Despite their coaches pitting them against each other, the sisters found it motivating. Georgia had always admired Talia’s persistence.

“I was just being lazy, but Talia was always a grinder,” she said, “that’s what drew me to continue swimming.”

But, Georgia has always been physically stronger than Talia.

“She’s always been a little more athletic than me,” Talia said. “Being the older sister, I didn’t really love that.”

When the two competed in middle school track, Talia had the fastest mile time until Georgia broke her record.

“She's more talented than me,” Talia said, “That really pushed me.”

Friendly competition allowed the family to stay active. For a family of athletes, the grind never stops.

“That’s just the way they grew up,” Tina said.

On vacation, the Bates enjoy incorporating workouts into their agenda.

“We would go on vacation to the beach and do running or plyometric workouts on the track,” James said. “It makes you appreciate the beach that much more.”

The sisters spent their preteen years training at the Gator Swim Club at the Stephen C. O’Connell Center — where they’ve been swimming ever since. The “O’Dome”, a 10,500-seat multi-purpose arena, became the sisters’ second home.

“[High school] was my first time being a part of a team that would translate to UF,” Georgia said.

Tina also coached the girls at Buchholz. She was named the 2016 Girls’ Swimming Coach of the Year by the National High School Coaches Association and, like Talia, won four state titles. , were confident their daughters would do well at Florida.

After a decorated high school career, Talia was ranked the 42nd best female swimming recruit of the 2019 class nationally by SwimCloud. She announced her commitment to UF in December 2017 with an Instagram post.

“There is no place else that I would rather swim and study,” she wrote in her photo’s caption.

At first, Georgia wanted the opposite of Talia. Going out of state and getting out of Gainesville was attractive when going on school tours.

“But when it came to my official [visit] I saw the importance of what my mom and dad left as being Gators and how cool it was that Talia was already there,” Georgia said.

Georgia made her commitment to Florida on Instagram in October 2019.

“It’s funny they both wanted to be a Gator,” Tina said.

Growing up around UF swimmers and seeing their tenacity firsthand, Georgia and Talia knew what they were diving into.

James, now a professional football commentator and UF sports journalism adjunct professor, said he was impressed with how his daughters’ bravely took Division I athletics head on.

It makes him proud, James said.

He always offered Talia and Georgia advice — as a fan and as a dad, the sisters said.

“I remember my dad used to always tell me, when it starts hurting you just keep going harder,” Georgia said, “it’s one of those things that has stuck with me since I was eight.”

Florida sets high standards, and student athletes are expected to excel in both academics and athleticism.

Tim Aydt, a UF student athlete academic counselor, tutored James in 1992, and manages Talia and Georgia’s academics. Aydt applauds them for living up to the university’s expectations.

“Georgia and Talia represent student-athletes at the highest degree,” he said. “They’re the best of the best.”

Considering their training hours, Aydt praises the swimmers for their dedication and sound scholarship.

“Being a Top 5 university has expectations for which our students meet,” Aydt said.

Despite weight training at 5:30 every morning and afternoon yardage consuming the majority of their schedules, UF swimmers still find time for their studies. Talia has been awarded for her academic rigor, earingin a place on the Southeastern Conference Academic Honor Roll three times.

“If it’s not the weight room and dry land, they’re studying all the time,” Aydt said.

Aydt is familiar with each member of the Bates family.

“Georgia is more James,” he said. “She’s outgoing and personable and gregarious. Talia is a little bit more reserved and reticent.”

UF swim has an eye on a 2023 SEC championship win this February.

“For our team, I think that’s doable this year,” Talia said. One of her favorite events in college, her last relay races are something Talia looks forward to.

“It’s just a very special part of swimming,” she said. 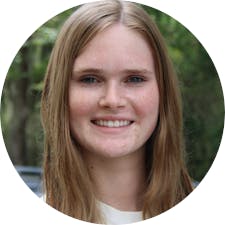 Kate Wiggins is a second-year advertsing major and the swim and dive reporter for The Alligator. When she's not reporting, you can find her crafting niche Spotify playlists for every mood in her free time. 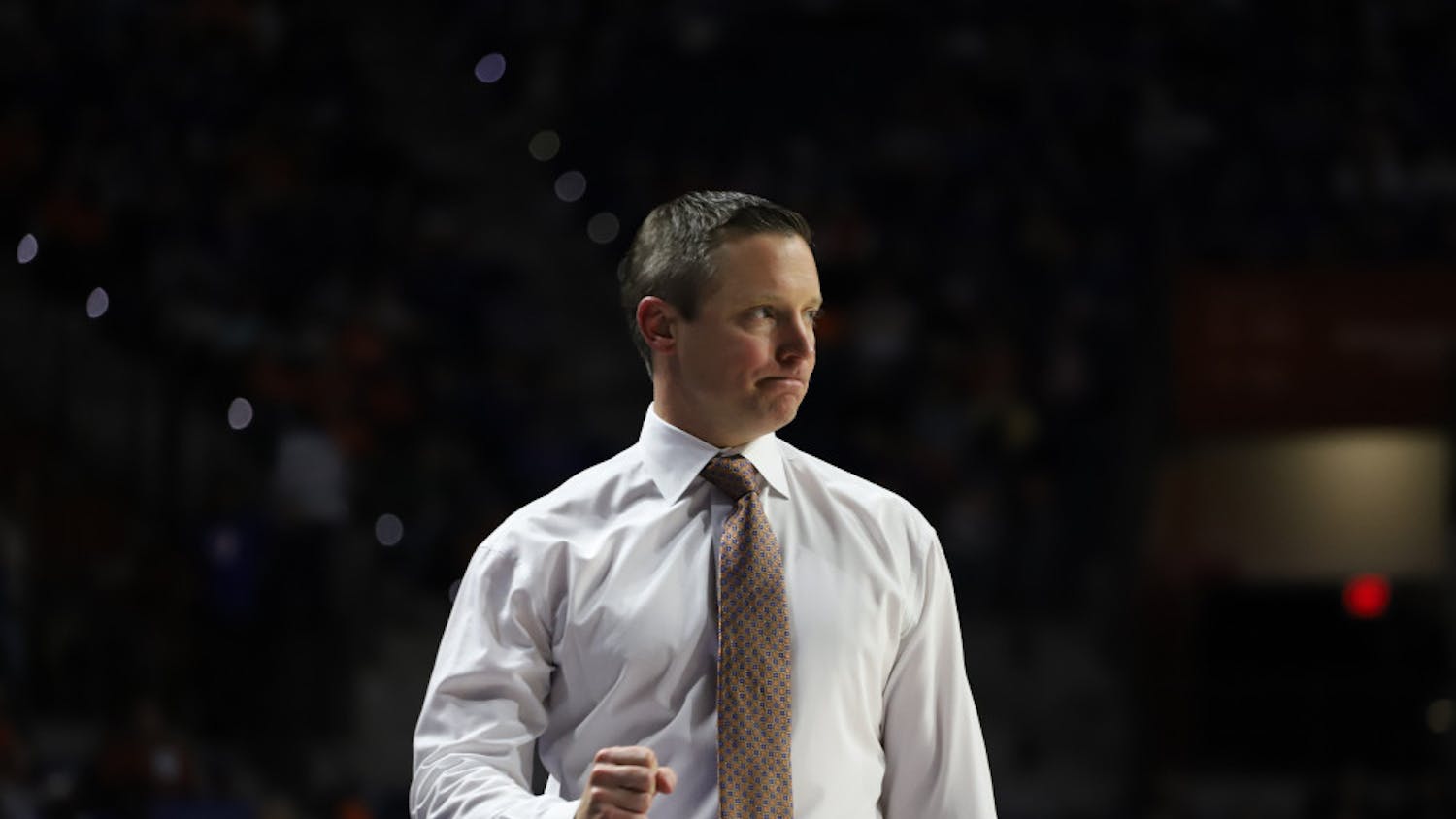