With his brown hair, gray sweatshirt and Philadelphia Eagles baseball cap, Pete Hudson seems like any other guy. He lives in Gainesville and calls himself a Gators fan.

He also has two titanium cages, two rods and six screws in his back — a setback Hudson used to propel a hobby into a new career.

Hudson is an artist who carves wood into figurines and has recently decided to carve a niche in the Gainesville market by creating wooden alligators.

Hudson had to give up his longtime job as a merchant mariner because of an accident, during which he broke his back when he was hauling debris from the Sept. 11 attacks on a barge in January 2002.

“Ruined my whole life, just like that, because someone wouldn’t take five minutes to tighten a nut,” he said. “It’s crazy.”

While he was confined to a walker between the accident and his 2003 surgery, Hudson would sit in his garage and carve wood.

He originally picked it up from the captain of one of the ships he worked on with the merchant marines.

Hudson said that after watching the captain carve ducks with just a knife and Dremel, he began carving in his early 30s.

“I started doing fish, then whales and bullnosed dolphins, then turtles,” he said.

The Hudson family moved to Gainesville in May 2008, and this past October, Pete Hudson carved his first alligator head at the suggestion of his son Matt. It is currently on display and will be raffled off at Tutoring Zone.

Meanwhile, Hudson is working on two smaller alligator heads and said he has a customer who wants a set of three for Christmas. Like the carving that is already finished, the set will include a Florida State Seminoles spear snapped in half inside the gator’s mouth.

“It’s all been word of mouth,” said Hudson, who also paints seaside scenes and repairs and refinishes antique furniture. “I can’t show you any of my pieces because they’ve all sold. They’re all over.”

Hudson hopes to turn his carvings into a steady business.

“I’d like to see my e-mail light up. That would make my day,” he said.

“It keeps him busy, and it also adds to our income,” said his wife, Judy, noting that her husband’s only regular income right now comes from disability checks because of his injury.

“I went from making in a week what I make in a month, and it hurts,” Hudson said of his injury.

He plans to keep carving and hopes people will become interested in his work.

The couple has showcased the pieces at craft fairs in Satellite Beach and plans to start attending art shows in Gainesville, he said.

“I do enjoy doing it, especially now that we’re starting to get a change in the weather. It’s nice,” said Hudson.

He said he enjoys when his 16-year-old daughter, Katie, helps him sand or perfect details like the gators’ teeth.

Judy said the couple have discussed building a workshop for Hudson if business picks up. Hudson set up a Web site for his work, www.gatorgrowlcarvings.com, and encourages anyone interested to e-mail him at pghudson13@yahoo.com.

“I’ll carve anything,” Hudson said. “I’d like to do a whole gator.” 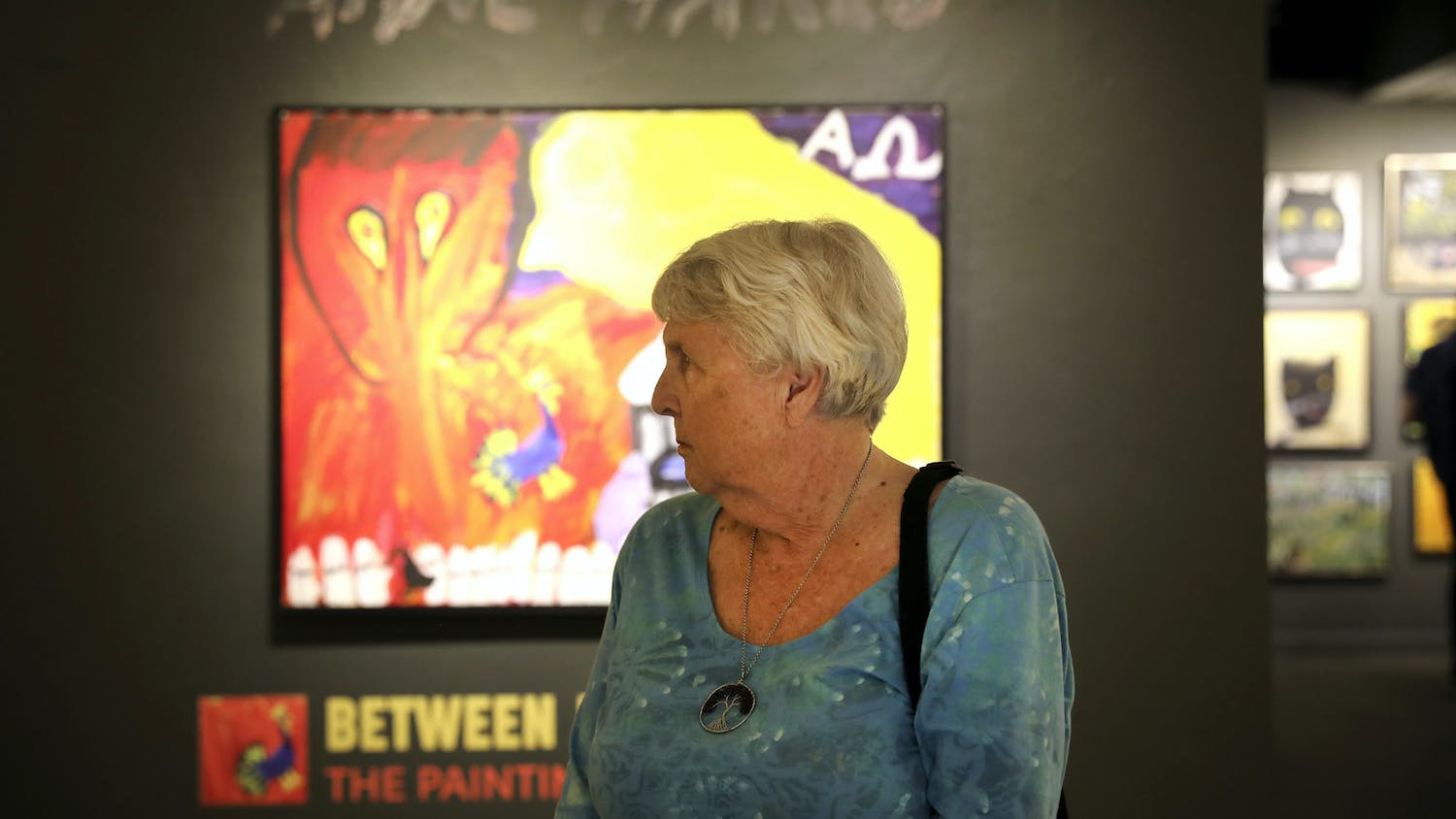