Skip to Content, Navigation, or Footer.
Donate Now
We inform. You decide.
Tuesday, January 25, 2022
Developing:
The latest news on UF’s barring of professors from testifying against the state
NEWS  |  GREEK AFFAIRS

The children, dressed in Halloween costumes, attended Ghouls, Goblins and Greeks, an annual event held on Sorority Row on Thursday.

The 16 Panhellenic sororities decorated their houses using themes for children of all ages to come trick-or-treat in a safe environment. About 800 people attended.

"It's a great idea for the Greeks to kick this off for our kids," said Tara Andirson, mother of two of the little pigs. "It's safer than just going door to door, and it's not just collecting candy; there are games for the kids to play."

First-year members of the sororities created and operated all of the decorations, costumes and games.

"We want our new members to be philanthropic, and through events like this, we're instilling those values in them now," said Emily Burris, 20, director of Junior Panhellenic.

The most significant change to the event this year was that the five houses not on Sorority Row got space to decorate on Norman Field. Last year, all five houses were given only a few feet of space in the Sorority Row parking lot.

The change was made to give the off-row houses a better chance to compete with the other houses in the traditional theme contest.

"All the houses are really festive with great themes, and the kids are loving it," said contest judge Brittany Banta, 21, a nursing senior. "We're really impressed, and it's going to be hard to decide on a winner."

The houses were judged based on five criteria: banner, costumes, games, theme and spirit.

Sigma Kappa's theme was "Scooby Doo and Sigma Kappa Too!" Sorority members dressed as characters from the cartoon. Kids recognized Daphne, Shaggy, Fred and the others. They begged for pictures while fog machines created a creepy atmosphere.

"Scooby Doo is a theme that boys and girls of all ages can relate to," said Chelsea Lutz, an 18-year-old anthropology and history sophomore.

According to the judges, she was right on all counts.

Sigma Kappa won the "Best All Around" award.

"I won the bean toss there," said 7-year-old Griffin, smiling down at his bag stuffed with candy. 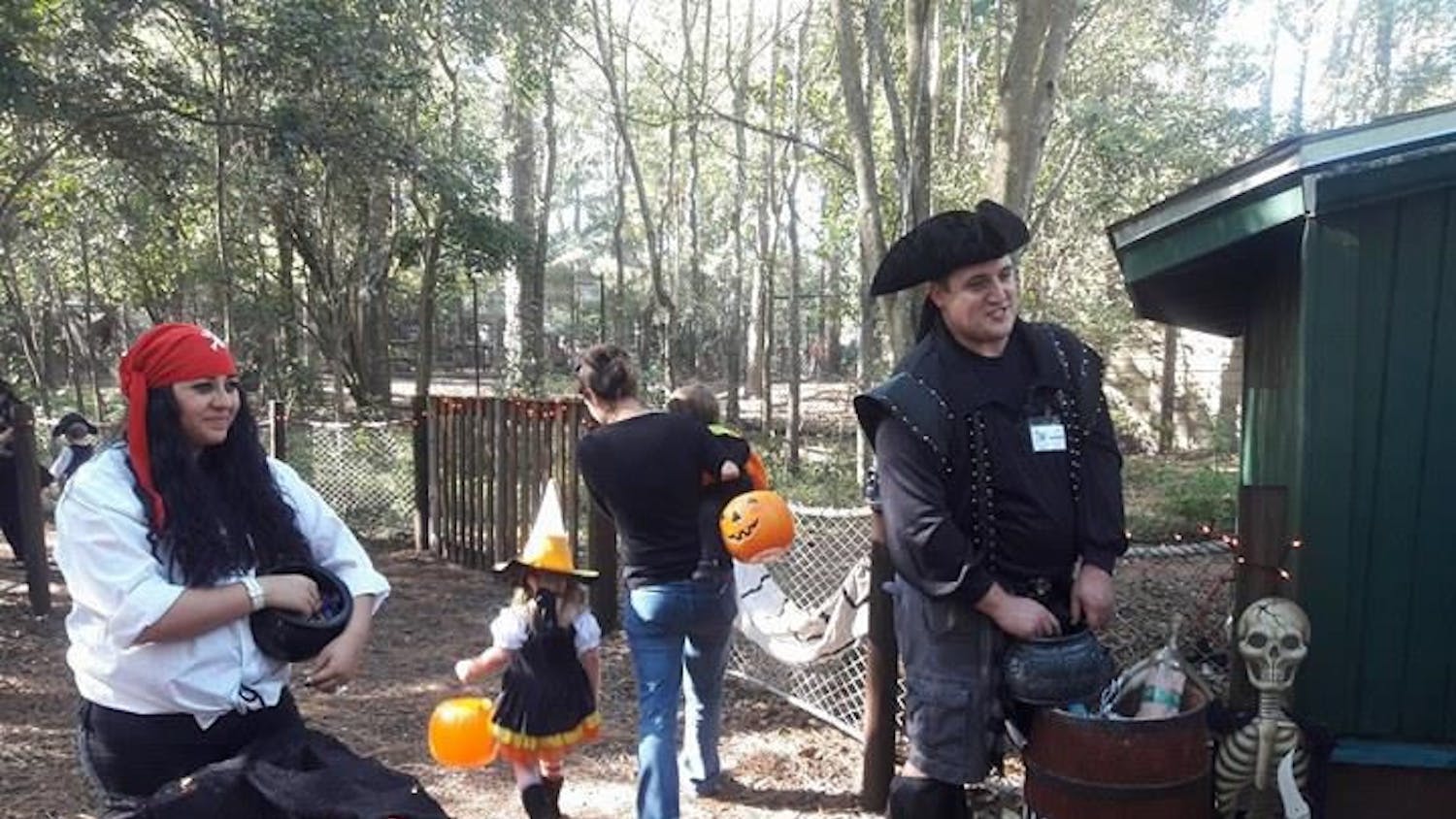 Haunting halt on Santa Fe’s Boo at the Zoo event