“Telling a depressed person to ‘get out of it’ is like telling someone who is paralyzed to get up and walk,” said the president of Awareness Wellness Ambassadors Reaching Everyone, a campus organization that provides mental health and wellness initiatives.

Isaacs was part of a suicide perspective panel for Keep Hope Alive, an awareness forum on the topic. Students from UF’s Psychology of Suicide class hosted the event at the Rion Ballroom. It was co-sponsored by the Counseling and Wellness Center, the Alachua County Crisis Center, AWARE, To Write Love On Her Arms and UF’s Psychology Club. The forum included

Alex Jadidian, a counseling psychology doctoral candidate and one of the panelists, said about 38,000 people in the United States commit suicide every year.

“There’s a myth that only crazy people kill themselves … but under the right circumstances, anyone can,” he told the crowd.

Judy Broward, who also participated in the event during spring semester, shared the story of how her son committed suicide nine years ago. She said it’s important to bust the belief that suicide

“Four times as many people died as a result of suicide than homicide in Alachua County last year,” she told the audience. “People think it’s rare, but it isn’t.”

Alumnus Shawn Lasker asked the panelists for tips on how to deal with survivor guilt.

“As a volunteer at the Alachua County Crisis Center, I’ve had to hear some pretty intense stuff,” he said, referencing the time he spent two hours talking to a man who committed suicide at the end of their conversation.

Broward said she had issues blaming herself for her son’s suicide but that it proved counterproductive.

Jadidian said one way to prevent suicides is to hold discussions that include both facts and emotions.

“Numbers are numbers. People are people,” he told the attendees. “It made sense to bridge the gap. I think that’s what the forum was meant to do.” 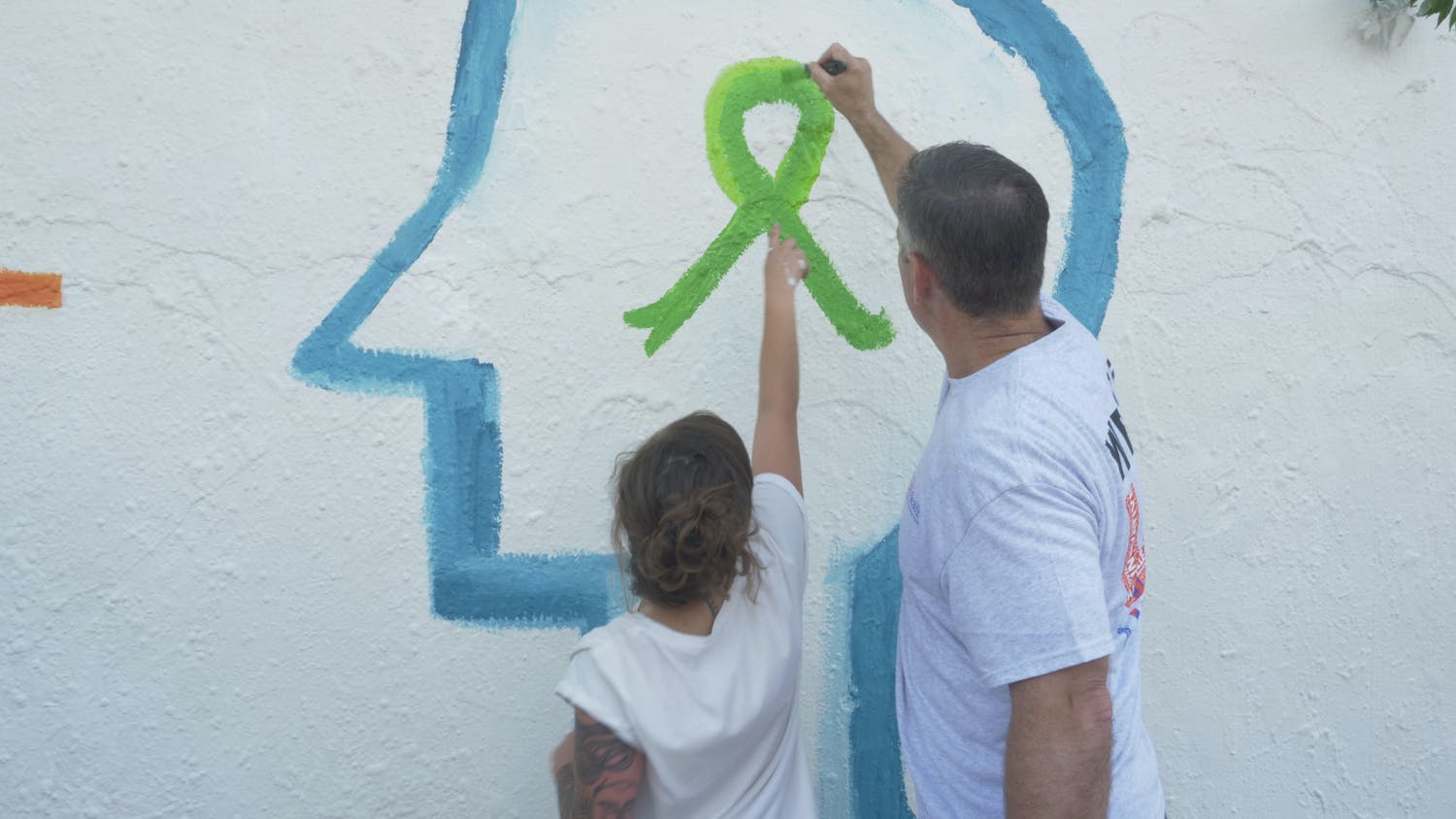