On Friday, Santa Fe College biology professor Jerry Johnston and three other researchers sat on a dock, their legs dipped in Hornsby Spring.

The group’s plunge into the 72-degree water was a part of a continuing research series on turtles in the Suwannee and Santa Fe rivers.

Hornsby Spring is inside Camp Kulaqua, a church camp owned by the Seventh-day Adventists. Their religion protects all living things, Johnston said, so the spring is relatively untouched.

“They have an excellent environmental ethic,” he said. “Part of their mission is to protect all of the life that’s on their property, and that includes the turtles.”

Usually accompanied by a few volunteers, he pulls turtles out of the rivers and springs to collect data before releasing them.

Friday’s mission was to assess how the August flooding from Hurricane Isaac affected the turtle populations.

Austin Cave, a former student of Johnston and a frequent volunteer, said he likes the untouched nature of Hornsby Spring.

“We like Kulaqua because it’s a place where the females can come up and lay eggs,” Cave said. “There’s a general rule across the park: Don’t mess with the animals. And they enforce that. It takes away the element of human danger.”

The springs appear to be turtle nurseries, Johnston said. They provide a lot of vegetation for hiding, there’s an abundance of food, and the temperatures may be optimal for growth.

The turtle gathering is a catch-and-release-style hunt, he said, open to anyone who would like to join.

Once in the tea-colored water, Johnston and the other three snorkelers combed the spring’s basin. When they see movement, they attack. From far away, it sounded like a dolphin chasing prey. The water churned white, and after a few moments, the scientists had another tiny turtle to study.

After about two hours of turtle catching, the group set up a processing shop to take measurements and mark the turtles for future identification. The group collected 77 Suwannee cooters, nine loggerhead musk, eight stinkpots, five peninsula cooters and three yellow-bellied sliders on their run.

Johnston doesn’t provide class credit or compensation for the trips, but he said publishing papers is a good way for students to get a competitive advantage for grad school and the job market. He said it’s also a good way to test out what it’s like to be a scientist.

“I think the adventure is one of the appealing things,” he said. “Even if you’re not a science major, people enjoy catching turtles by hand.”

A group, led by Santa Fe College professor Jerry Johnston, caught, tagged and released turtles in Hornsby Spring on Friday to research the impact of hurricanes on turtles. 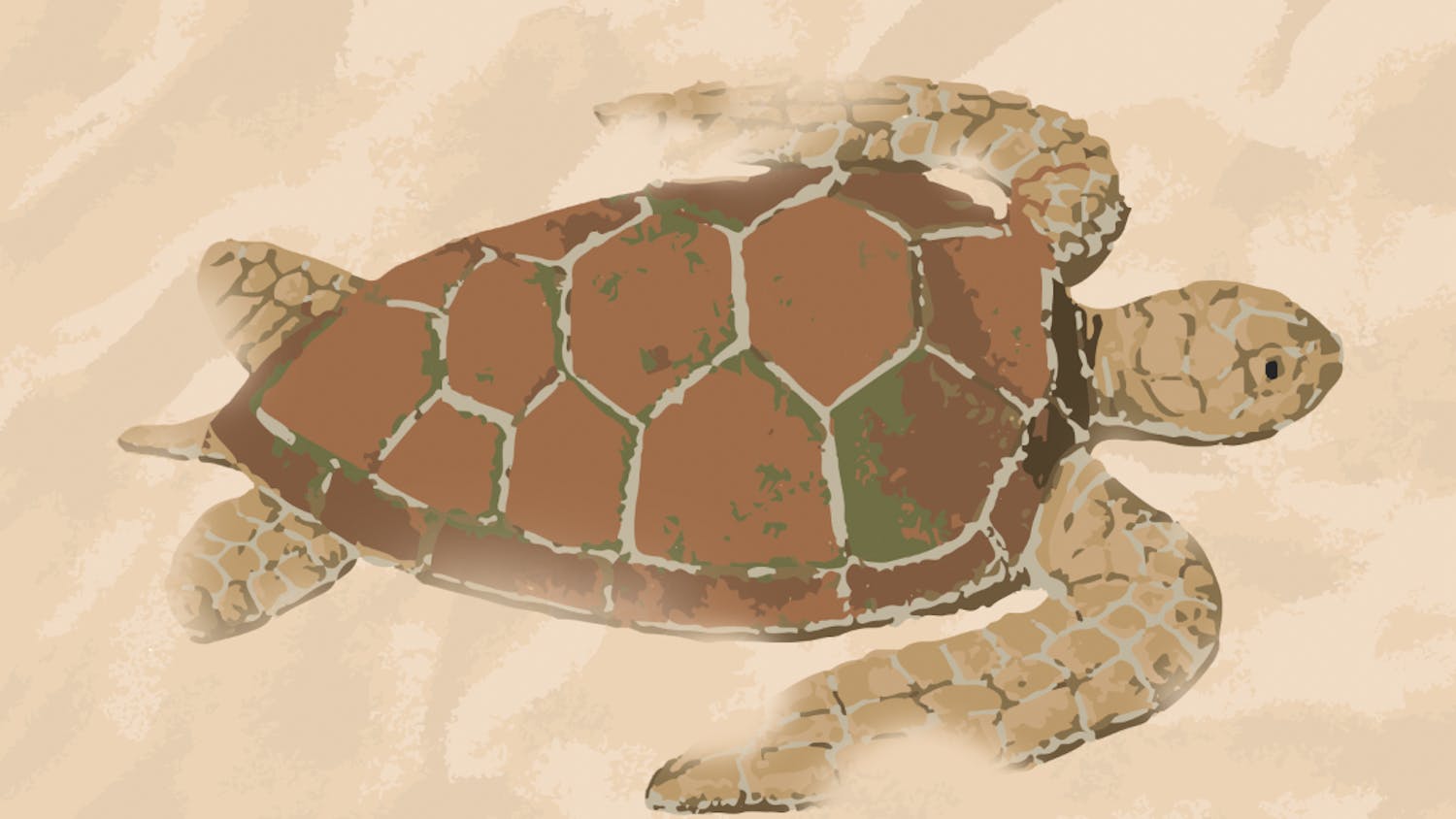