The event featured a wizard rock band, “Harry and the Potters,” that plays songs about the books while dressed up like the titular character.

The band played popular songs like “I am a Wizard,” “Wizard Chess” and “Save Ginny Weasley.”

There were craft stations scattered to build pygmy puffs out of pom-poms and masks shaped like owls, cats or mice. Excluding Harry and the Potters, the event cost about $8,000.

Christina Chang, a 23-year-old UF event management senior and co-director of special events for RUB, said that the ballroom was actually over capacity with attendees.

David O’Leary, a 21-year-old UF business administration senior and the other co-director, said there were about 800 people in the first half hour, and he expected to beat last year’s attendance of 1,200.

“Everyone loves it so far. People are having a good time,” he said. “Butterbeer is definitely the crowd favorite.”

Some students who attended even went so far as to dress up as their favorite characters.

“She’s so lighthearted and happy, it makes me happy,” she said.

“You can go out any night, you can’t do this any night,” she said.

Boenker said she loved the “Harry Potter” series for more than just the plot.

“I think it teachers a lot of life lessons in disguise,” she said.

Other students also were there for their love of the deeper messages of the series, such as Tim Pigeon, an 18-year-old UF physics freshman. 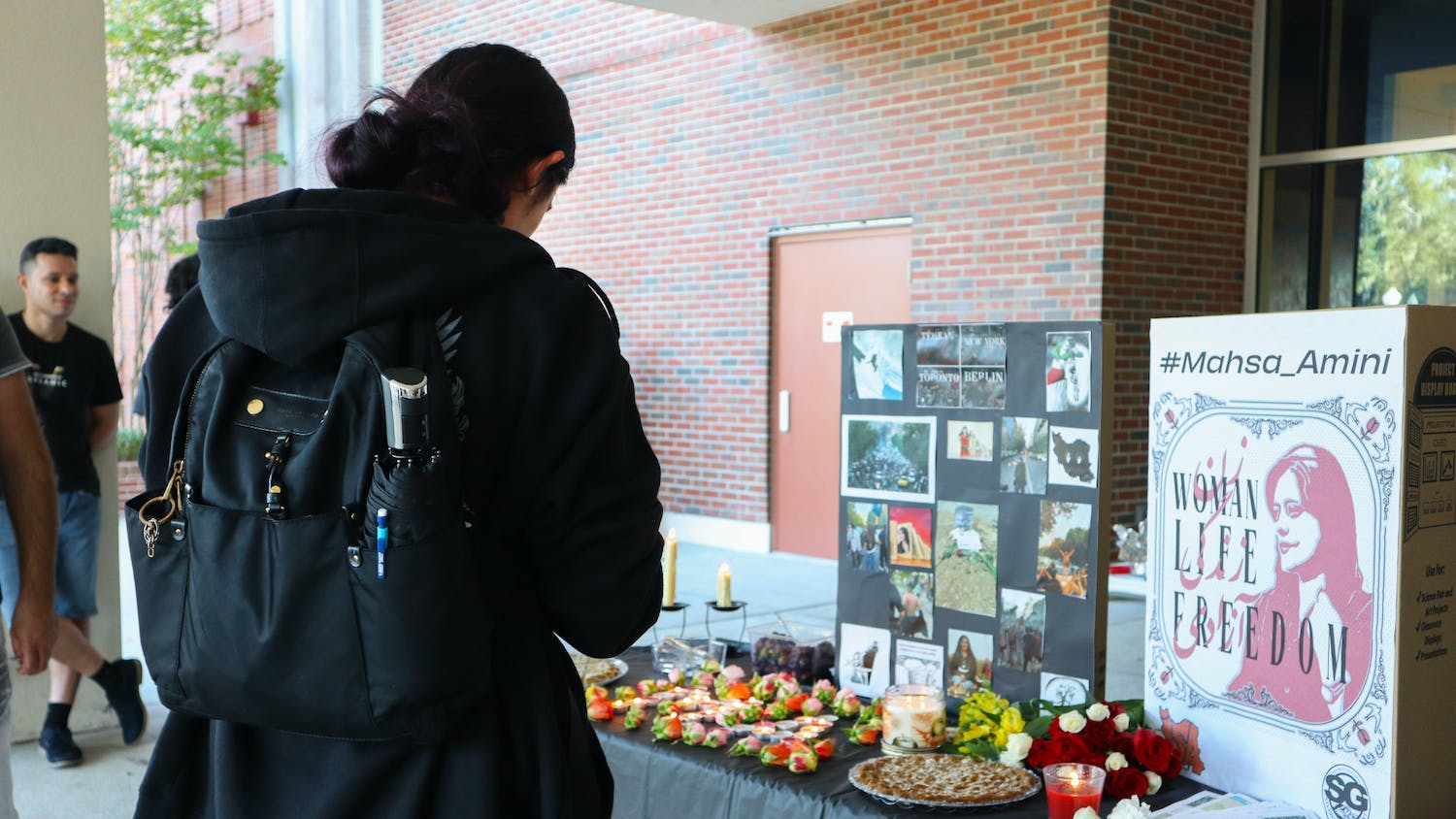