All it took was a ‘2,’ and the Stephen C. O’Connell Center erupted in screams.

The arena was filled with crying and yelling as Dance Marathon members lifted posters to reveal that the 21st annual event raised $2,015,307.17 in less than a year — 31 percent more than the roughly $1.5 million raised last year.

According to a tweet from Zac Johnson, vice president of Children's Miracle Network, this makes UF the No. 2 Dance Marathon benefiting the network and was the fastest to $2 million in the history of the program.

They did it. @floridadm just became the number 2 Miracle Network DM. 31% increase. Fastest to… https://t.co/UPbgy1FMtl

“It was incredible — there was so much energy,” said Melissa Dukes, public relations overall director. “Everyone was so passionate this year.”

Dukes, a 22-year-old public relations senior, said fundraisers were crunched for time this year. Dance Marathon, a 26.2-hourlong event benefiting UF Health Shands Children’s Hospital, was about a month earlier than usual due to the O’Connell Center’s previous renovation schedule.

Dancers stood up at 12:02 p.m. Saturday and didn’t sit until 2:15 p.m. Sunday. Throughout the event, they were kept occupied with a line dance, live music and themed hours.

This was Brianna Kane’s fourth year dancing, and she said she bawled when the number was revealed.

“Watching it grow each year to $2 million was just incredible,” the 21-year-old UF psychology senior said.

Students celebrate in the O'Connell Center on Sunday after hearing that Dance Marathon participants raised a record-breaking $2,015,307.17 to benefit UF Health Shands Children's Hospital. Dance Marathon at the University of Florida is an annual 26.2-hour event where hundreds of students stay awake and "stand for those who can't," to raise money for Children's Miracle Network Hospitals. 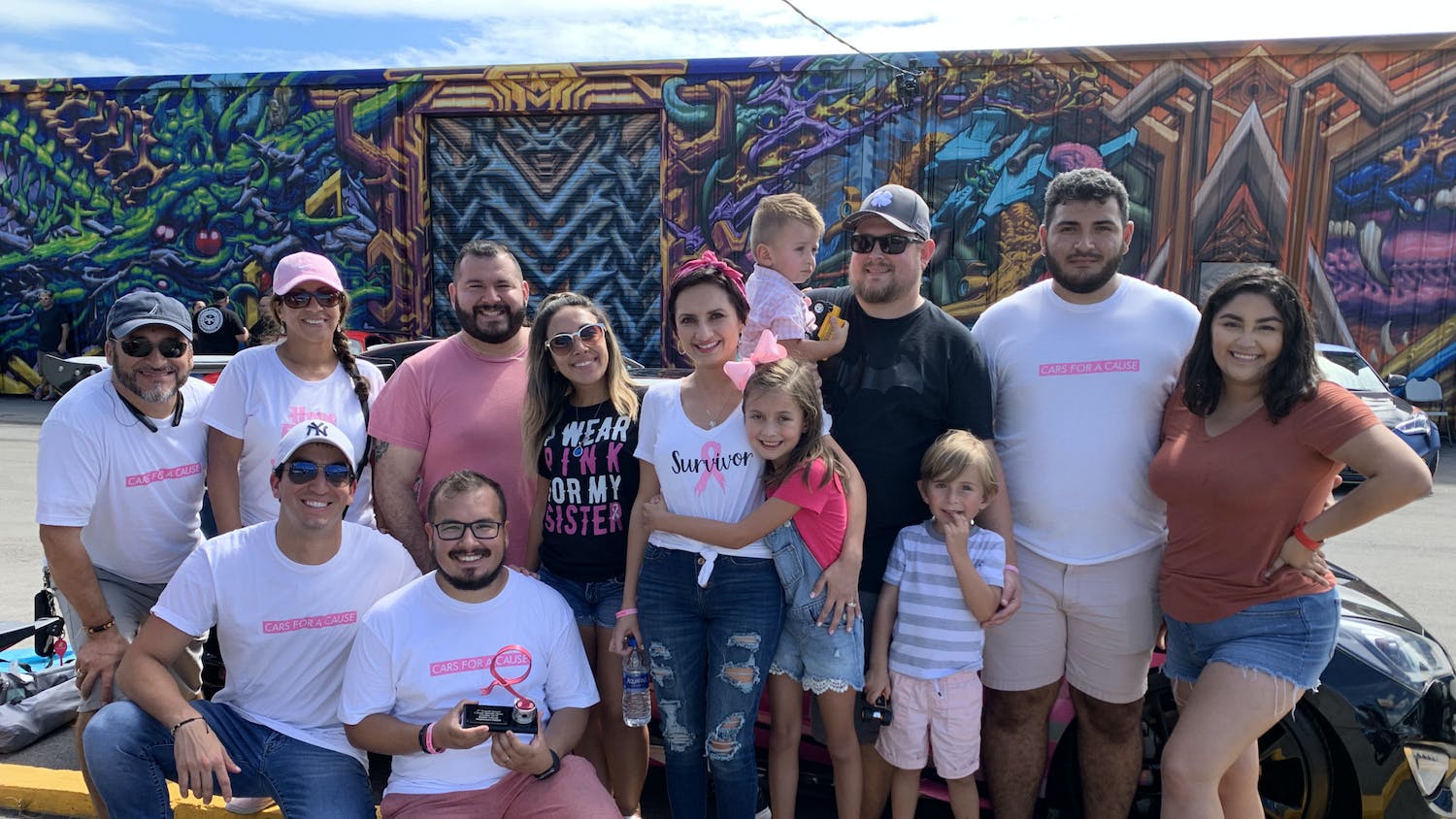