Over lunch, they wrestled.

A tray of pulled pork and baked beans got pushed aside as they locked hands. One hand was weathered, the crinkled palm of a homeless veteran. The other hand was meaty, the strong palm of a wrestler.

"He let me win," Grace whispered, eyes crinkling with a smile.

Grace, 38, had challenged Bullard to the match in jest as Bullard visited St. Francis House Friday morning. Bullard visited after UF students fulfilled his challenge to earn 3,000 volunteer hours as part of the Gator Good campaign.

Bullard challenged the Gator Nation during the Tennessee game on Sept. 26 to 3,000 hours of community service for the Gator Good campaign. The campaign, which focuses on UF’s impact beyond its campus, will challenge the Gator Nation weekly to give back to its community with celebrity Gators at the forefront.

The hours are tracked on the Gator Good website, where students, faculty and alumni self-record their hours. It’s based off of the honor system, said UF spokesman Steve Orlando.

"When people see other people doing volunteer-like work like this, it encourages them to engage, too. And it starts to gain momentum. That’s the best thing of all," he said.

UF’s social media team reached out to Bullard to ask him to be a part of the Gator Good campaign, Orlando said. Bullard accepted and asked one of his favorite barbecue joints to cater 120 meals to St. Francis House.

"It was a no-brainer," Henry said when Bullard asked the company to participate.

A week after Bullard voiced his challenge, 6,829 hours had been pledged to poverty and hunger. He responded in kind by visiting St. Francis House, walking around, shaking hands and talking as people ate smoked chicken, pulled pork, baked beans, coleslaw and rolls.

It was a return to the place where he had spent his years at UF volunteering and reflected the kindness he received as a child.

His mother was a child bearing a child, the victim of rape at just 11 years old.

She was 12 when Bullard was born.

Growing up, he lived on the Florida Sheriffs Youth Ranch, where the people raising him were of a different nationality and background but continued to love him regardless.

"That showed me how love can be the determinant factor in whether a person wins or loses," Bullard said.

But even with all the love shown by Bullard and the UF community, St. Francis House teeters on the edge of losing everything.

The house, serving about 300 people a day, has seen major funding cuts from the local city and county budget. Last year, it had received $80,000 from the county for services, compared to just $24,000 this year, said Kent Vann, executive director at St. Francis House.

And for Bullard, that help starts with one person, one community and one Gator Nation.

"Through me just being me — not me being a celebrity, not even me being a former Gator — just me being me and as a person who has lived through all of that, hopefully I can have a voice that is loud enough that will help encourage other people to go and do the same thing," Bullard said.

Thaddeus Bullard (left), also known as WWE wrestler Titus O’Neil, arm wrestles Mike Grace, a 38-year-old homeless veteran, at St. Francis House on Oct. 2, 2015. Grace challenged Bullard to the match and won. “I imagine he could pick me up and throw me across the room,” Grace said about Bullard.

Rex Smart, a 60-year-old veteran, pours 4 Rivers Smokehouse BBQ sauce on smoked chicken during lunchtime at St. Francis House on Oct. 2, 2015. The meal of coleslaw, baked beans, rolls and pulled pork or smoked chicken was donated by 4 Rivers Smokehouse as a part of the Gator Good campaign to give back to the community. He said he volunteers every weekend to serve food to the homeless and understands how important it is to show the homeless he cares since he was once on the receiving end of the food line.

Sharmaine Chester, 51, chooses the smoked chicken for her meal at St. Francis House. The donated food, supplied by 4 Rivers Smokehouse, was accompanied with an appearance by Thaddeus Bullard, who volunteered time at the House in hand with the Gator Good campaign. “If I eat, I can smile,” Chester said.

Clint Griffin, 60-year-old homeless man, enjoys a lunch of smoked chicken, baked beans and a dessert pastry on Friday. He comes to St. Francis at least once a week for food. “It’s a good place when you’re down and out,” he said.

Thaddeus Bullard, former UF defensive end and current World Wrestling Entertainment, or WWE, wrestler known as Titus O’Neil, kisses 5-month-old Maelynn Kensey at St. Francis House on Oct. 2, 2015. Bullard spent time with homeless men, women and children as part of the Gator Good, a UF campaign to give back to the local community. 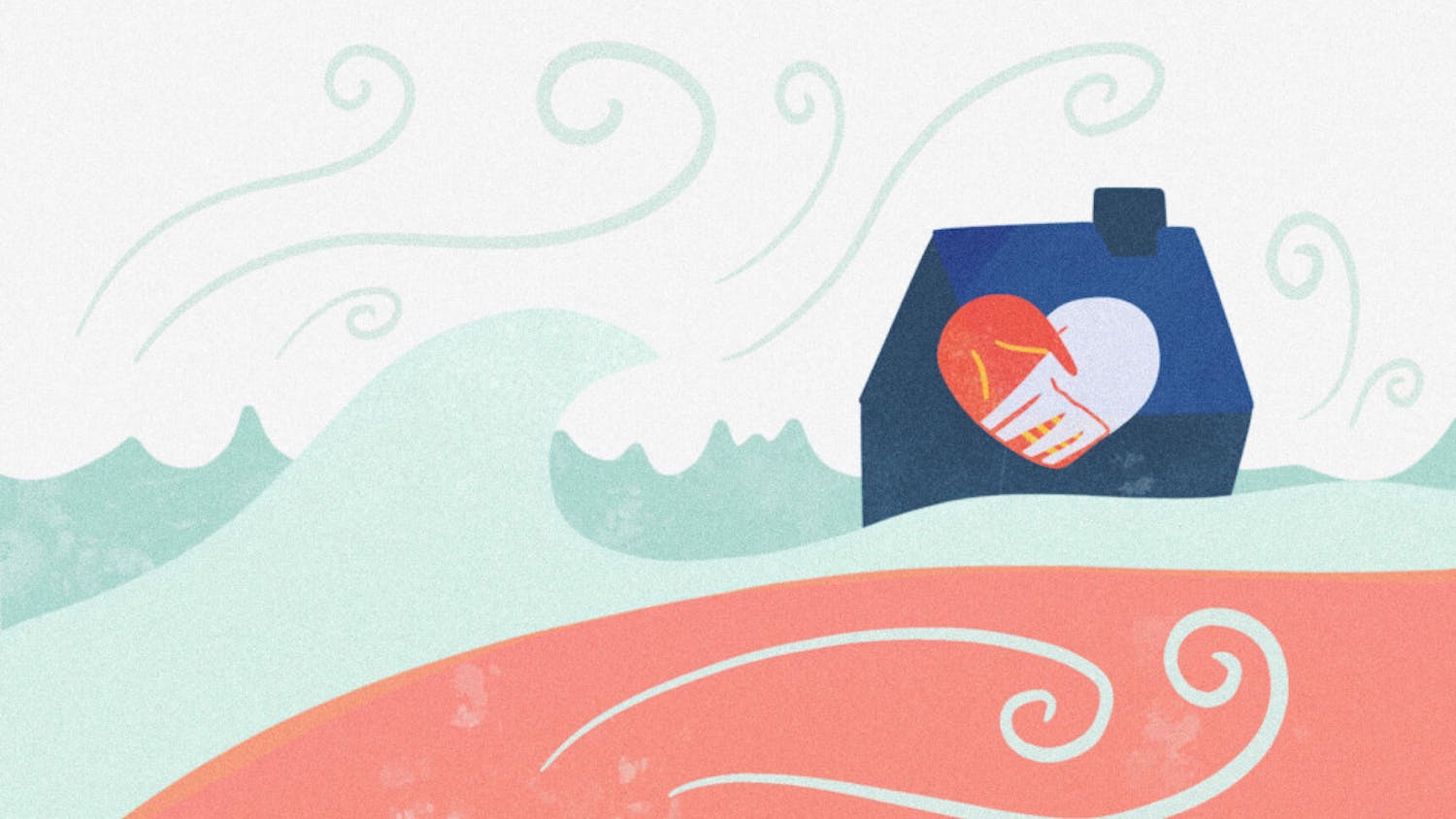