In April 2013, a month before he took office as Gainesville mayor, Ed Braddy left on a trip to Daytona Beach with longtime friend Jeffery McAdams.

The trip was related to city business, Braddy told investigators. But McAdams, the former president of the Fraternal Order of Police Gator Lodge #67 — also known as Gator Lodge — used Gator Lodge funds to pay for their hotel rooms, Starbucks and a visit to Lollipops Gentleman’s Club, among other things.

The trip was only one of many incidents in which McAdams, a former Gainesville Police officer and Lodge president of about 14 years, used chapter funds to pay for trips and purchase luxuries for himself and others, according to a report released last week by the Florida Department of Law Enforcement.

The report, which said McAdams stole at least $56,000 from the Lodge between 2011 and April 2014, came after a year-and-a-half long investigation by the agency, which was requested by Gainesville Police. On Nov. 23, the same day the report was signed by Fifth Judicial Circuit Court of Florida Judge Jonathan D. Ohlman, McAdams turned himself in to the Marion County Jail on a charge of larceny.

On Friday, Braddy addressed the accusations against McAdams during a press conference, in which he apologized for what he called a lapse in judgement in crossing the line between a friendship and professional relationship.

"I want to acknowledge and apologize for the mistakes in judgment that I made early in my term as mayor," he said.

Braddy declined to talk about the nature of the Daytona Beach trip and additional hotel stays in Gainesville and Ocala, saying he wasn’t at liberty to go into detail because, to his knowledge, the investigation was still ongoing.

Braddy stayed at a Holiday Inn in Ocala in September 2013 for one night and at a Springhill Suites by Marriott in Gainesville in February 2014 for one night as well, both personal in nature, according to the FDLE report, which consists of paraphrased interviews with Lodge members and financial statements.

As of press time, McAdams could not be reached for comment on the report findings.

Financial records from 2005 to 2013 also show McAdams and the Lodge both donated to Braddy during his campaigns for commissioner and mayor.

"I have been friends with Jeff McAdams for more than a dozen years and I intend to continue as his friend," Braddy said. "During some of my darkest times I am grateful for the friends who didn’t abandon me, and I have no intention of abandoning him."

Braddy said he intends to make amends — even if that means reimbursing the Lodge for the money spent on him. Braddy said he was unaware of McAdams’ actions. If anything, he said he was surprised by the findings.

"He’s a good guy," Braddy said. "He has a good heart, and he likes to help people and he cares about cops."

FDLE, however, found that at least several Lodge members noticed something wrong about McAdams’ spending habits prior to the investigation. Many Lodge members interviewed by the FDLE for the report said McAdams used Lodge funds to rent a blue Ford Explorer.

While president of the Lodge, interviewees told investigators McAdams maintained control of the Lodge’s debit card.

Mike Finesilver became the Lodge’s general counsel in 2009 after meeting with McAdams. Finesilver told FDLE he began to distance himself from McAdams in 2010 after observing what he believed were improper spending habits — including buying drinks for strangers — by McAdams.

Jaron Griffin, who served as Lodge treasurer, told investigators the Lodge’s executive board met with McAdams on May 17, 2014, to address his spending. The report stated McAdams said "he would curb his spending and urged the board members not to worry about past spending."

When questioned about his use of Lodge funds to pay for a trip to Rhode Island, McAdams called it an "oops moment," according to the report.

At the meeting, Griffin asked McAdams to turn over the Lodge’s debit card, and the executive board called for McAdams’ resignation as Gator Lodge president. McAdams refused to comply to both requests.

The next day, the report states, the debit card was turned in, cut in half. 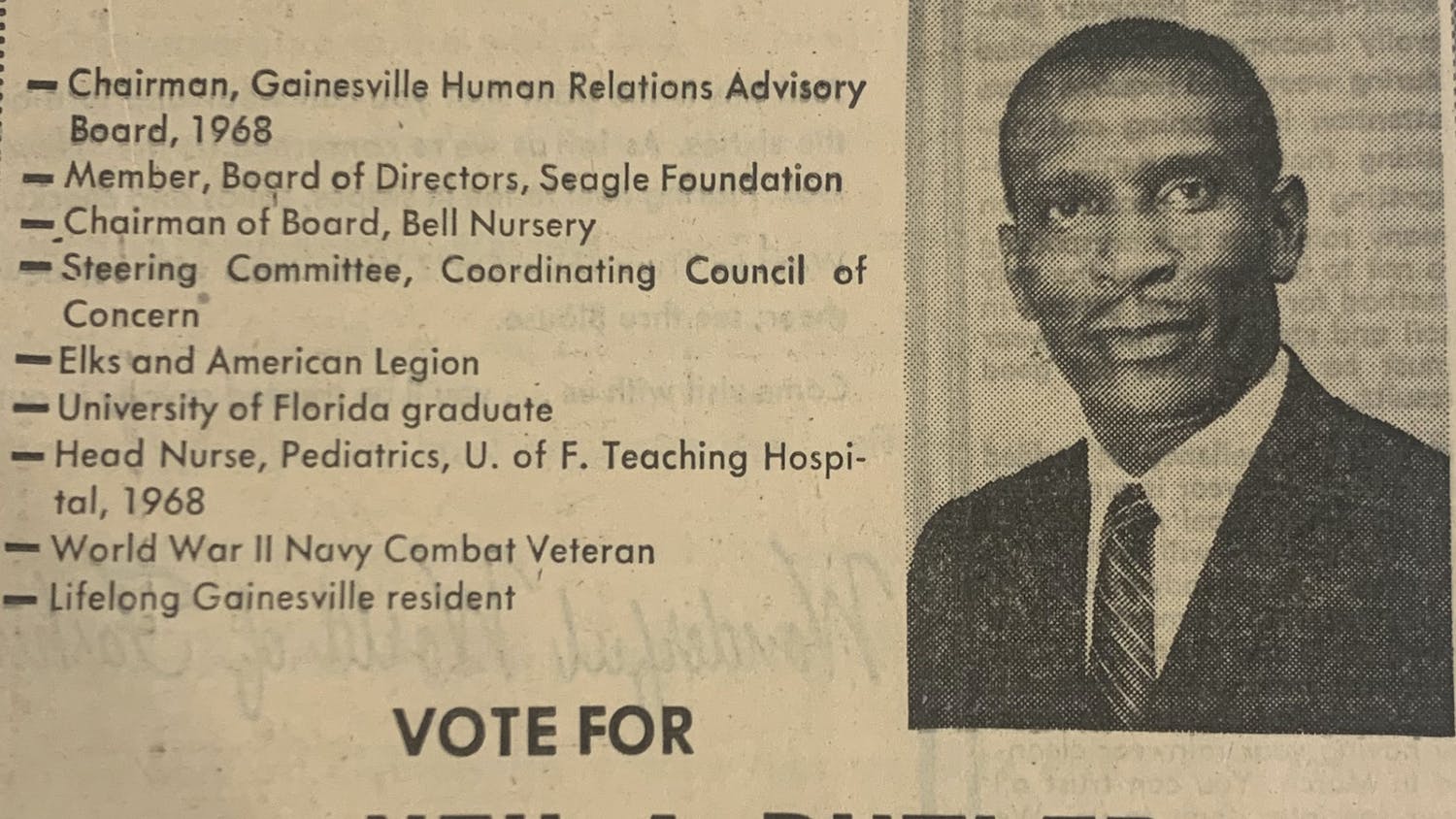 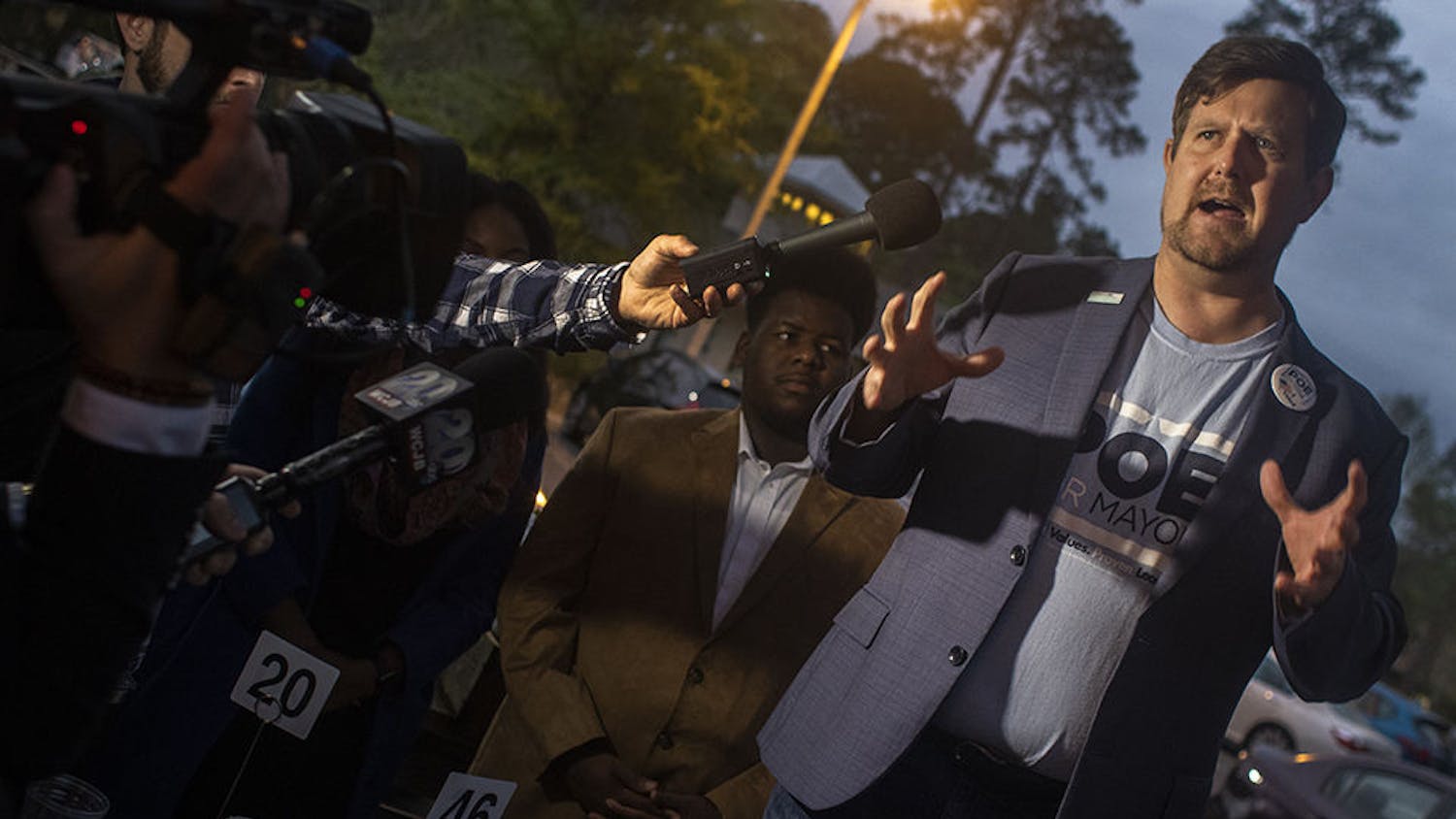