It’s been a difficult week, readers. We’ve seen tragedies both at home and abroad, and many of us are still reeling in the aftermath. But as the saying goes: Today is a new day filled with hope and opportunity. So thank you, readers, for tuning into our optimistic look forward, our lighthearted musings, our latest segment of….

Fans of “The Daily Show with Trevor Noah” are likely pretty pleased. Between Sen. Lindsey Graham’s, R-SC., appearance on the show Wednesday and Trevor Noah’s booked March 30 set here at our very own Phillips Center for the Performing Arts, we’re all getting a fairly potent dose of first-grade satire. We Alligator staffers are very excited, though some much more than others. For those of you who may be intimately familiar with our current opinions editor’s past columns — so maybe about five of you and his parents — you can probably surmise he fan-girls over “The Daily Show” hard enough for the rest of us. That poor boy needs to get a life.

Anyway, as for Graham’s appearance on the late-night talk show, it’s no secret he wants to appear “hip” and “cool” to us young whippersnappers by lambasting Trump and politically capitalizing off of this crazy election. But let’s admit: Who ever thought we’d all live to see the day when everyone’s favorite southern-belle senator would appear on national television to decree, “My party is completely screwed up,” with all the charm of his southern twang?

So, we give a laurel to both Lindsey Graham for making our Wednesday night so very interesting and to Trevor Noah for keeping “The Daily Show” alive and well and for coming to visit us on our home turf. Though we definitely won’t overlook that hefty $90,000 stipend from UF he’s getting — we’re guessing he probably factored that into his decision to visit us.

Unless you’ve been living under a rock, hours-deep in your Netflix binge session, you know it’s the year of face-offs: Sanders vs. Clinton, Trump vs. Cruz, Kasich vs. … really bad luck. But at the end of the day, the real face-off everyone’s been eagerly anticipating is “Batman vs. Superman: Dawn of Justice,” which hit theaters today. Unfortunately, our press time is before the midnight showings of the film, so we still can’t write about the actual movie yet, but let it be known how eagerly we have been awaiting it.

Obviously a well-executed Batman vs. Superman movie is every nerd’s secret wet dream, but the trailers for this film suggest a greater focus on factors other than Batman and Superman, such as the debut of Wonder Woman and a separate antagonist altogether. We’ll keep our mouths shut and give the film a laurel in good faith, but we at the Alligator expect a movie worthy of fans’ adoration.

Lastly, we want to give a major shout-out and laurel to Burgurque for their “Free Burger” event Wednesday. Now, some of you may feel this is corporate sponsorship, free advertisement for Burgurque, a pandering to the mainstream liberal burger-biased media: “What about other meals? All foods matter!” What can we say? We like food, especially when it’s free.

Wait, what’s this? An all-laurel Darts & Laurels piece? Yes. Like we said, it’s been a rough week. Sometimes a little laughter — or at least a slight smirk — is all we need to lift our spirits, even if only a little amid tough times. Till next we meet, readers. 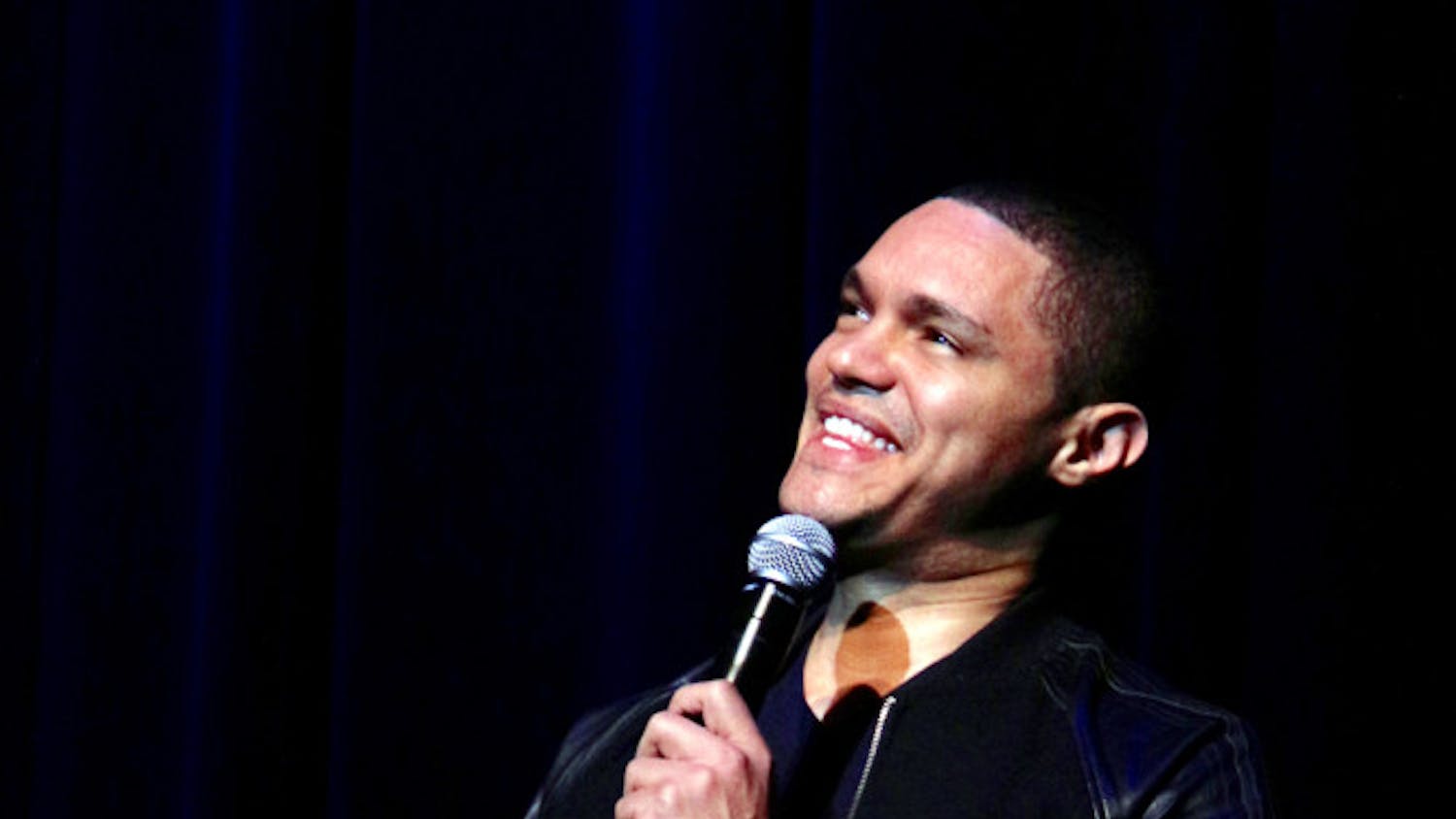 Editorial: All aboard (Trevor) Noah's ark