Dentmond, who was fatally shot by local law enforcement in March after threatening to kill himself, was one of 40 names read during a “die-in” Wednesday, held at a courtyard at the Levin College of Law.

As a way to come to grips with recent police-involved shootings across the U.S., about 50 UF law students participated in the demonstration, some with bullseyes, bullet holes and blood streaks painted on their backs.

Alisha Moriceau, 23, the president of the Black Law Student Association, said the protest was about provoking conversation.

“Let’s talk about it,” the second-year UF law student said. “The ultimate goal is to have discussion and promote awareness.”

With the reading of each name — including that of Terence Crutcher and Keith Lamont Scott — students fell to the floor while others placed flowers on top of their bodies.

The bodies laid motionless until all the names were read.

As the last name — Crutcher’s — was read, silence overtook the group and some applauded their actions.

Gerbier said her heart pounded as she got up from the pavement.

“I got to get up at the end of the day,” Gerbier said. “Dentmond never did get up.”

“This can’t just be a daylong protest or demonstration,” she said. “It needs to go further than that.”

Medens Gerbier, 22, lies motionless Wednesday as a part of a "die-in" protest on Wednesday outside the UF Levin College of Law. 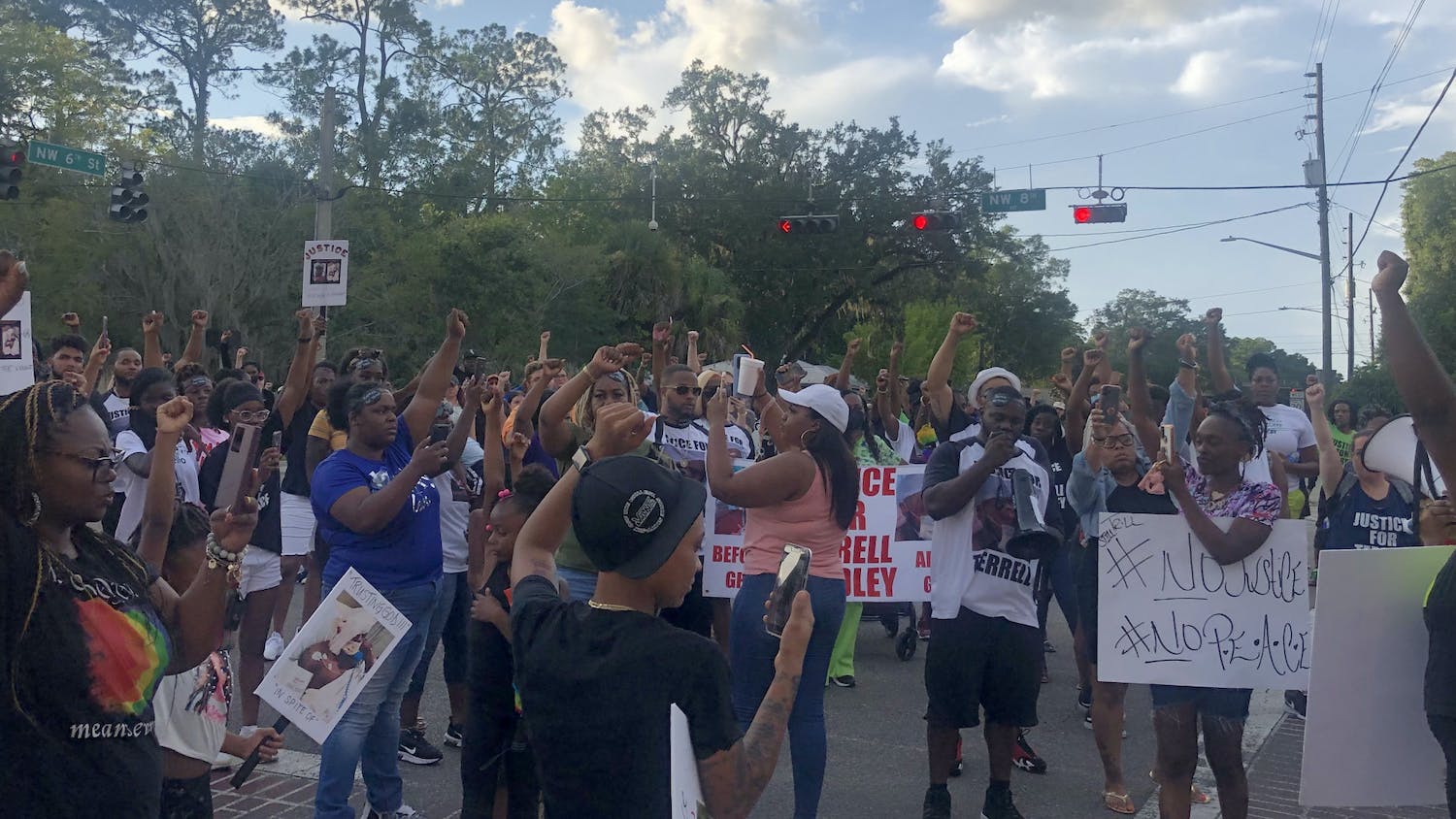