Barry Gebhard, a lead pilot with UF Health’s critical-care transport system, has saved a lot of lives during his 24 years of flying helicopters, but one patient stands out.

“Blond hair and the biggest blue eyes,” he said of an about 6-year-old girl, who he flew from out-of-state a day after she was released from the hospital for previous injuries in a car accident that killed both her parents. Despite the situation, Gebhard said it was her smile and chipper attitude that made the girl memorable.

“We see some really horrible things — this wasn’t it,” he said.

Gebhard was one of the 130 first-responders who attended the celebration Saturday morning for the 35th anniversary of UF Health’s ShandsCair. Since its launch in 1981, the program has saved about 72,000 lives nationally and internationally.

Three large helicopters and several ambulances were scattered across the ShandsCair hangar, located at 2101 SW 16th Ave., for families to explore Saturday.

“We have a 3-year-old who loves helicopters and ambulances,” said Kyle Pennell, who attended with his wife and son. “He’s having a blast.”

“I just like to dance in them,” 3-year-old Killian said as he joyously emerged from the ambulance.

Staccie Allen, the program director for ShandsCair and a certified flight-registered nurse, said she has flown hundreds of trips to bring others to UF Health Shands Hospital.

“We function in controlled chaos,” she said. “To be able to make a difference in someone’s life is powerful.”

ShandsCair 2, an EC13-model helicopter, sits in the sun during the 35th anniversary celebration of UF Health’s ShandsCair on Saturday. It is just one of three helicopters used to transport patients from the scene to the UF Health Shands Hospital, a level-one trauma center. 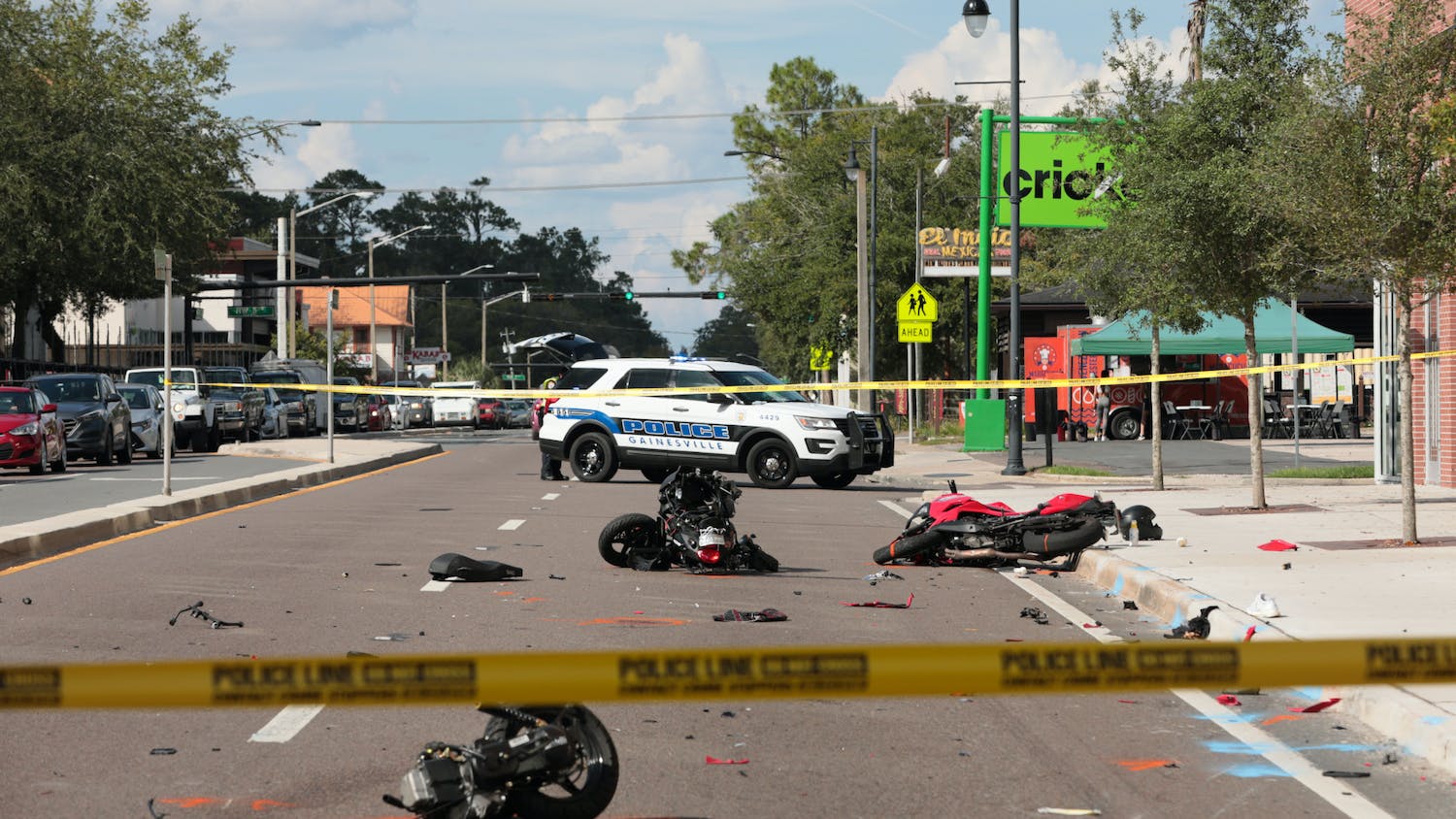