Skip to Content, Navigation, or Footer.
Donate Now
We inform. You decide.
Saturday, May 21, 2022
METRO

As a new president is sworn in later this month, disgruntled Gainesville residents will make their dissatisfaction with Donald Trump known by protesting in front of City Hall.

But not before a moment of silence — dedicated to everyone who the residents feel will be victimized by a Trump presidency.

Details of the Jan. 20 counter-inauguration were finalized Tuesday, said Jeremiah Tattersall, a union liaison for the Alachua County Labor Coalition and volunteer for organization leading the protest, Gainesville: City of Resistance. Speakers, musicians, artists and community members will join in the protest the inauguration on the steps of the city’s downtown government building, along University Avenue. The event will begin at 11 a.m., he said.

“The biggest thing that people need to know is that even under the Trump presidency — that sounds weird saying — we can still create an inclusive community that serves all of its people,” he said.

Some of the volunteers went to Tallahassee on Dec. 19 to protest the Electoral College’s official election of Trump, said Eli Earrett, the group’s communications organizer. And a day after the inauguration, a group of residents will travel to Washington D.C. to participate in the Women’s March on Washington.

“For there to be any sort of meaningful opposition to Trump, I think you have to personally oppose every facet of what he stands for,” he said. 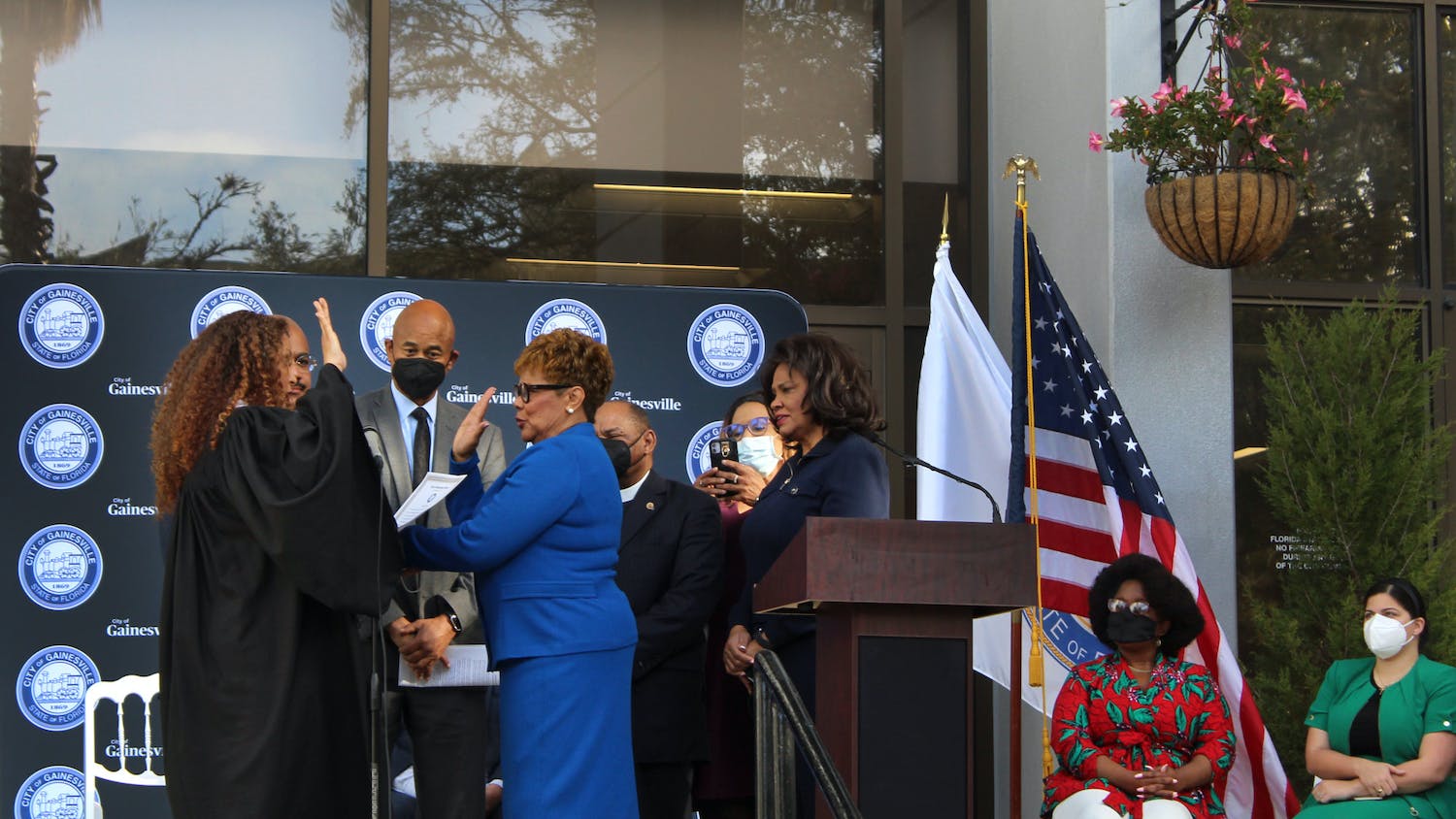