Skip to Content, Navigation, or Footer.
Donate Now
We inform. You decide.
Wednesday, January 19, 2022
Developing:
The latest news on UF’s barring of professors from testifying against the state
CAMPUS

Parking just got easier for people donning an orange decal on their windshields.

UF’s Transportation and Parking Services Department squeezed 225 parking spots into a repurposed tennis court next to Flavet Field to make up for the 600 spaces planned to close in November when the department breaks ground on a 1,900-space parking garage on Gale Lemerand Drive, said Scott Fox, the director of UF Transportation and Parking Services.

The Flavet Lot opened for orange decals Monday. It’s located next to Flavet Field, across Museum Road from the Honors Residential College at Hume Hall. The lot can be accessed through the north side of Museum Road through the red decal parking lot.

“It’s the first domino to fall in the series of changes that are coming,” Fox said.

It cost about $140,000 to build the temporary lot, Fox said. Flavet Lot is one of five locations that will be converted into additional parking to make up for the lost spaces. The cost to build the new lots would be about $3.5 million.

The million-dollar price tag is typical for building surface lots, Fox said, because they need to include a surface water management system, lighting, surfacing and striping.

In return for the tennis courts that were used for the Flavet Lot, the department will make a donation for a future RecSports project. That amount is unknown right now, Fox said.

To pay off the loan for Garage 14, faculty and staff saw a 7 percent increase in the price of parking decals in 2018 and will continue to see increases until 2020. For orange decals, the most common among faculty and staff, prices are now $378 compared to $354 last year, Fox said.

“If we want to embark on an expensive project, we need the money to pay it,” Fox said.

But the parking gain comes at a loss to the UF Club Tennis, which is out of the court it used for practices three times a week and for tournaments it hosted twice a year.

The club’s vice president, Andrew Makarov, said he received an email July 25 about the transformation of the lot.

On Monday, Makarov met with RecSports to talk about where the group could host its tournaments, which accounts for about 25 percent of the organization’s funding. In the future, it will host matches at both Broward and Southwest Recreation Center’s courts.

“It feels unfair because we were putting the courts to good use,” Makarov, a 20-year-old UF mathematics and statistics senior said. “They’re the home of our club, so it’s not like it’s space that no one’s using anyways.” 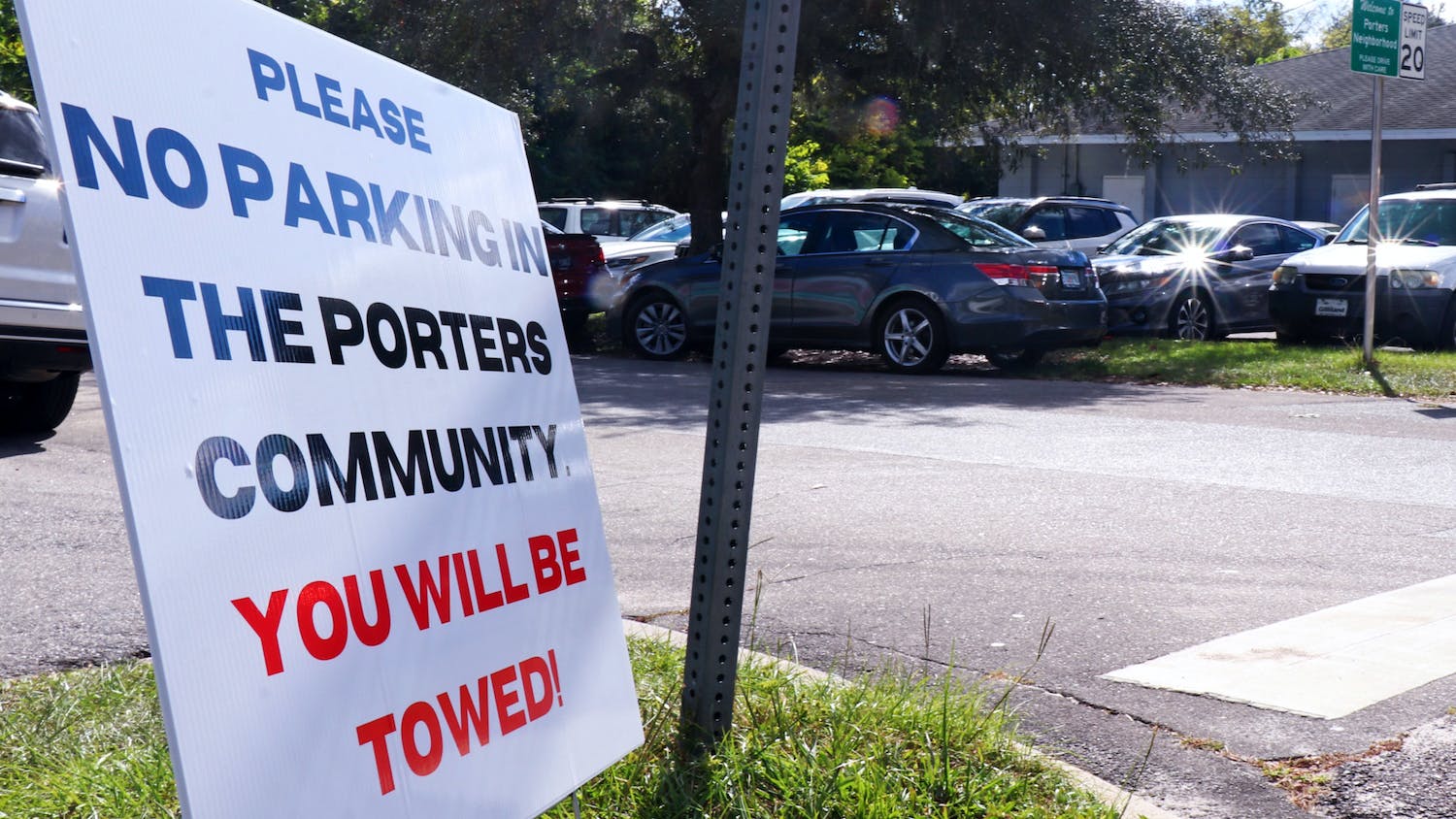