The 24-hour event called “Stand-Up and Holler: Gator Nation Giving Day” focused on raising money across the university, said Matthew Hodge, the UF Alumni Association’s executive director. By the end of the day, $12.6 million was raised by more than 11,000 contributors, which more than doubled UF’s goal of $5 million.

Plans for the initiative started in August as part of UF’s push to be a top five public university because alumni donations are factored into the U.S. News and World Report ranking, Hodge said. UF is currently tied for No. 8 in the ranking.

“We’ve been blessed with individuals that want to step up and make stretch contributions,” Hodge said.

The day started with the goal of 5,000 donations, which was surpassed by 5 p.m., Hodge said.

Social media was a big part of the campaign, Hodge said. The #AllForTheGators was trending nationally on Twitter.

“Only the Gator Nation would immediately recognize that tie, that yellow button-down, and go ‘Oh my gosh, this is a University of Florida experience,’” he said.

Those participating held events across campus with tables set up to encourage people to donate, Hodge said. A Giving Day Celebration was held on the Plaza of the Americas from 10 a.m. to 2 p.m. There, booths were set up for passersby to make donations, and speakers, such as football coach Dan Mullen and Machen Florida Opportunity Scholars, encouraged people to donate.

Diana Godoy and Alicia Alessio, UF communication sciences and disorders juniors, were walking to class early in the morning when they saw people setting up booths on the Plaza of the Americas.

So, as soon as they got out of class, the pair went back on the Plaza to find the celebration going on, and each ended up making a donation to the university.

“It was really cool,” Godoy said. “I also found out some stuff that I didn’t know, like programs that help students that are the first in their families to go to college.”

Akiya Parks, a first-generation student and Machen Florida Opportunity Scholar, addresses the crowd on the Plaza of the Americas Feb. 26, 2019, for the “Stand Up and Holler: Gator Nation Giving Day.” 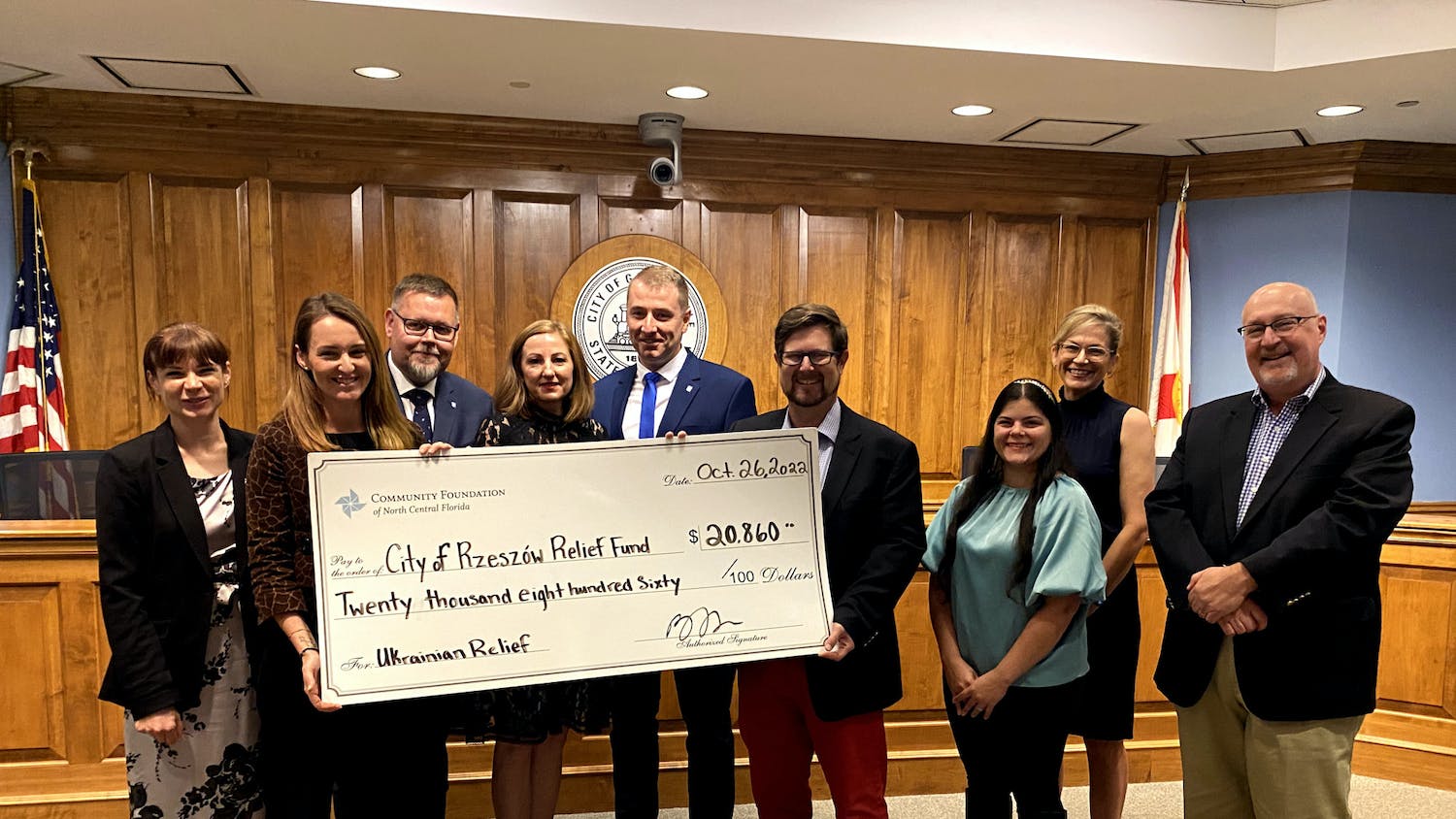