It wasn’t too long ago that Florida’s volleyball team sat around then-3-year-old Sophia Murrillo and officially welcomed her into their family with her very own jersey.

Through the Friends of Jaclyn organization, a foundation that focuses on raising awareness for children that battle pediatric cancer and bettering their lives with local high school and college sports teams, the Gators met Murrillo, a young child who enjoys watching the Wizard of Oz and everything that’s purple.

And while Friday’s 7 p.m. home matchup against the LSU Tigers might seem like any other match the Gators have played this season, it means something more. The game will mark Florida’s brain cancer awareness match in Murrillo’s honor.

“I think it would be hard to quantify the kind of impact Sophia and her family have had on us,” coach Mary Wise said. “When we initially met her, it was an opportunity to include them in the Gator volleyball family, but I don’t think we could have predicted what it meant.

“They often say how blessed they are, but I think we are the ones reaping all of the benefits.”

Wise said Sophia’s grandparents, Mary and Howard, will text the team after, and sometimes before, every match, embracing the team with open arms.

“She always has a smile on her face,” setter Marlie Monserez said. “With the hand she’s been dealt, it has to be incredibly difficult, but she has taught us all that it doesn’t matter your situation, tomorrow’s a new day and you can always have a good day.”

Bringing in some new Florida blood

Four high school student-athletes committed to UF’s volleyball team Wednesday afternoon in the nation’s first NLI date of the year for Division I and II sports (outside of basketball and football).

Birdie Hendrickson is a 2019 Under Armour First Team All-American 6-foot-2 setter out of Rogersville, Missouri. She joins fellow signees Elli McKissock, a 5-foot-7 libero from Windermere, Florida; Nnedi Okammor, a 6-foot-4 middle blocker of Carrollton, Texas; and Sofia Victoria, a 6-foot-1 outside hitter out of Gurabo, Puerto Rico.

“The ’20 class checks all the boxes in each position: talent, athleticism, experience and, most of all, character,” Wise said in a release.

The head coach added that the new recruits will join the team in January and this upcoming summer.

“It’s been a while since we’ve had things to shake it up in the gym,” opposite attacker Holly Carlton said about the new signees. “It’s always good to get some extra competition and players who are excited to grow and learn.” 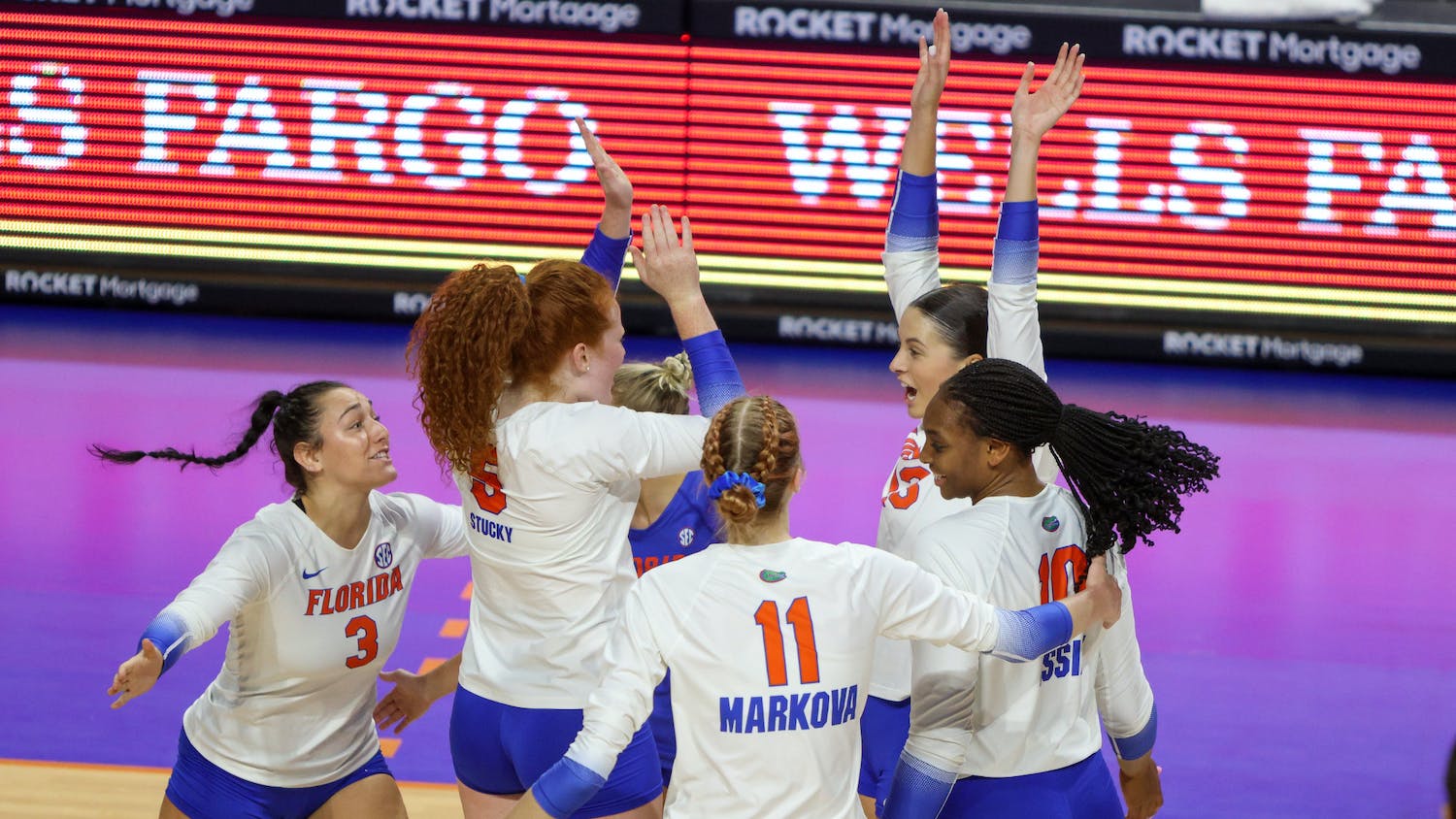