They won in the end — four blue lights will be installed, which will make every area of campus officially dotted with the emergency phones. But data from University Police suggests that blue lights aren’t utilized for emergency situations as often as they may seem.

Blue light phones were initially installed on campus to act as a university-wide 24-hour security system. At the press of a button, students are instantly connected to UPD in an emergency. More than 330 blue light phones are currently active on campus, and each cost about $15,000-$20,000 to install.

According to UPD spokesman Brad Barber, not all of these 14 police reports were emergency reports, which are created for situations that require emergency services to be dispatched.

Barber did not comment on how many were emergency reports. However, only incidents brought to the attention of the department that require police investigation will lead to a police report, he added.

Requests for directions and information are common, Barber said. False or accidental blue light calls account for a small percentage of activations.

“Many blue light activations do not meet criteria for a police report,” Barber said. “However, the blue light phone system can be used by community members who have law enforcement related questions or would like to report suspicious activity.”

Blue light calls for emergency situations are rare at other universities, too

From 2017 to 2019, the University of South Florida reported zero emergencies and that all calls through the system were hang-ups. One percent of blue light activations at the University of West Florida resulted in a police report during the same period.

The University of Georgia also removed its blue lights because students were not using the phones for emergencies, according to the UGA Police Department.

But despite the numbers, UF isn’t keen on getting rid of its blue lights soon.

Blue light phones can work together with other tools like UF’s GATORSAFE app and provide students with another way to contact law enforcement in an emergency, he said. GATORSAFE currently allows students to text, send videos and call UPD from their smartphone.

“The Blue Light Phone System is a vital part of our overall safety plan and there are no plans to remove them,” Barber wrote. “We have continued to require that the BLPS is included with new buildings being constructed on campus and see no need to change that mandate at this time.”

“Fourteen police reports is still significant,” Mark Merwitzer, co-organizer of the Sept. 17 protest to bring blue lights to Fraternity Drive, said. “What is missing from the numbers are the deterrence aspects of the lights.”

Although the primary purpose of blue light phones is to help the public reach UPD’s dispatch center in an emergency, UPD agrees that they have a deterrence effect, Barber said. Offenders may be less likely to commit crimes if they believe that an activated blue light will lead to an immediate police response

“I’d be shocked if UPD invested money in putting this up and supported the protest if they didn’t believe that blue lights on campus would do some good,” Merwitzer added.

Christopher Duncan, a 19-year-old UF biology sophomore, said that the lights are outdated because most people can contact emergency services much faster through their cell phones.

“It seemed to me that most of the protesters wanted to lash out against the school and against the frats rather than care about the presence or absence of blue lights,” he said. 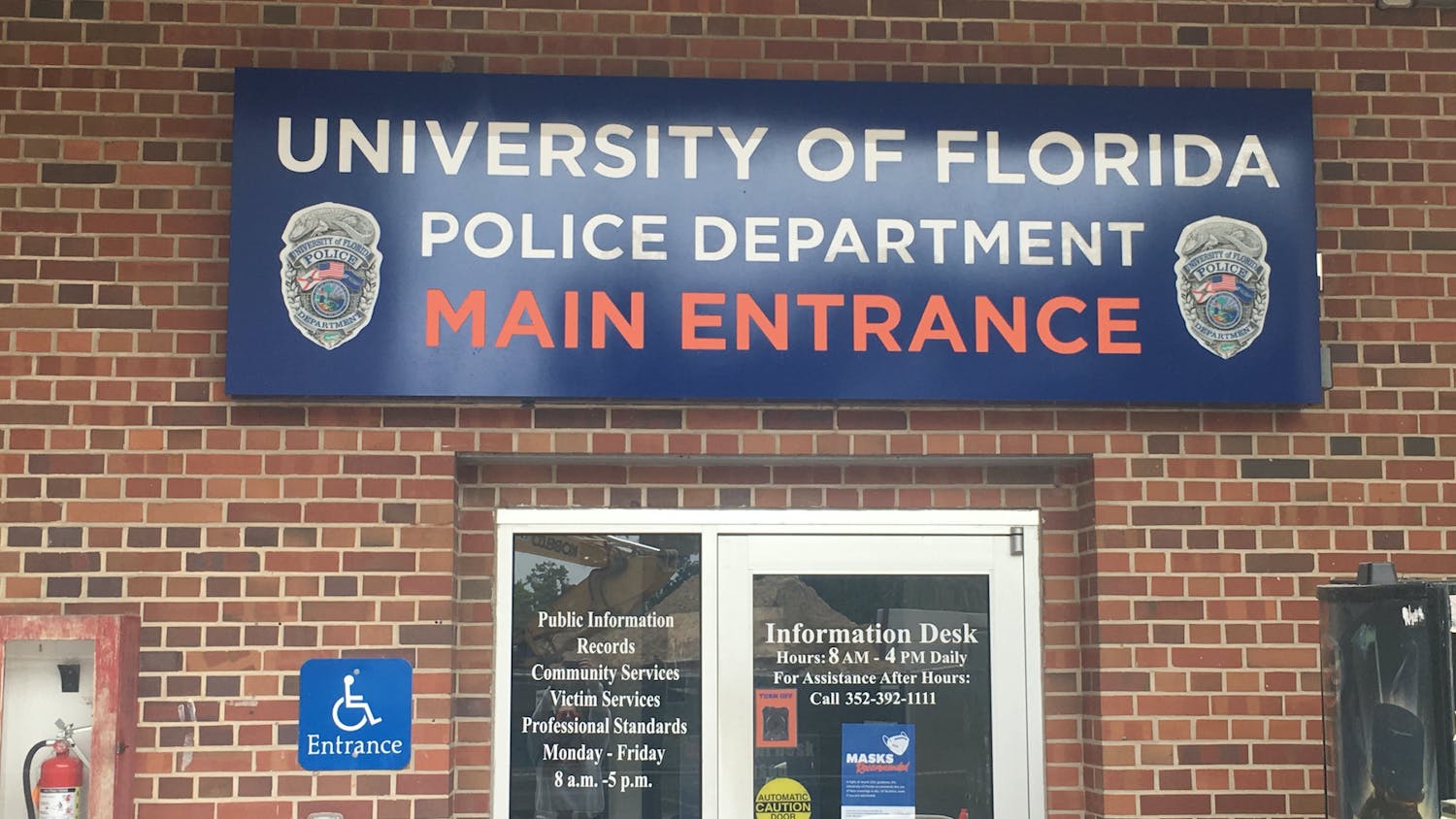